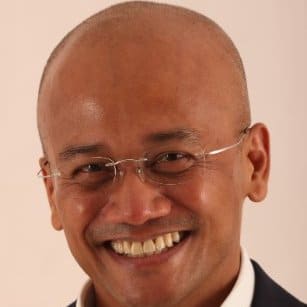 As someone who has built, and continues to build, ‘attacker’ businesses and lead teams from start-up to IPO, Azran passionately believes that organisations and corporations can deploy similar structures, focus and creativity that single-minded entrepreneurs have used to create break-through business models and innovative products and services.

He is currently the CEO of iflix in Malaysia, and its Group COO – a disruptive internet television subscription video-on-demand service that was launched in May 2015 and now operates across Southeast Asia. iflix aims to radically change how entertainment content is delivered to consumers in emerging markets, and how to address the threat of piracy for content owners by offering a compelling and very affordable service. iflix aims to scale across emerging markets in Asia, Middle East, Africa and Latin America by capitalizing on the rapid adoption of mobile broadband connectivity, and enabled by cloud-based technology.

Azran was previously the founding CEO of AirAsia X at the age of 36 and growing the start-up “disruptive innovator” airline from a single aircraft to 26, employing over 2,500 team members, and being the first low-cost, long-haul airline to be publicly-listed in 2013.

He brings real-life hands-on experience in revolutionizing traditional ‘old economy’ industries and developing ‘new economy’ media and technology businesses and shows that world-beating breakthrough innovation need not be high tech or complex. He shares practical ideas to infuse an entrepreneurial spirit and an innovator’s mindset to any organization.