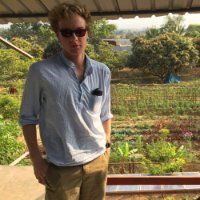 Kinsman worked for 2 years at FireChat, helping launch the app during the Hong Kong protests. FireChat enabled anyone to send messages over a smartphone powered Bluetooth and Wifi “Mesh” network. Now anyone could communicate, no Internet required. At FireChat, he helped design GreenStone, a wearable hardware device that lets anyone build and deploy wireless infrastructure and send encrypted chat messages. After seeing that anyone could build Internet, he moved to Bangalore, India to pursue what he calls “Fixing the Internet”. With over 1 billion people without a sustainable Internet connection, he is pursuing applying the ride-sharing model to Internet. His project, Natana, seeks to provide sustainable last mile internet connections that even children can maintain and deploy.