A Framework for Political Crowdfunding: Lessons From President Obama 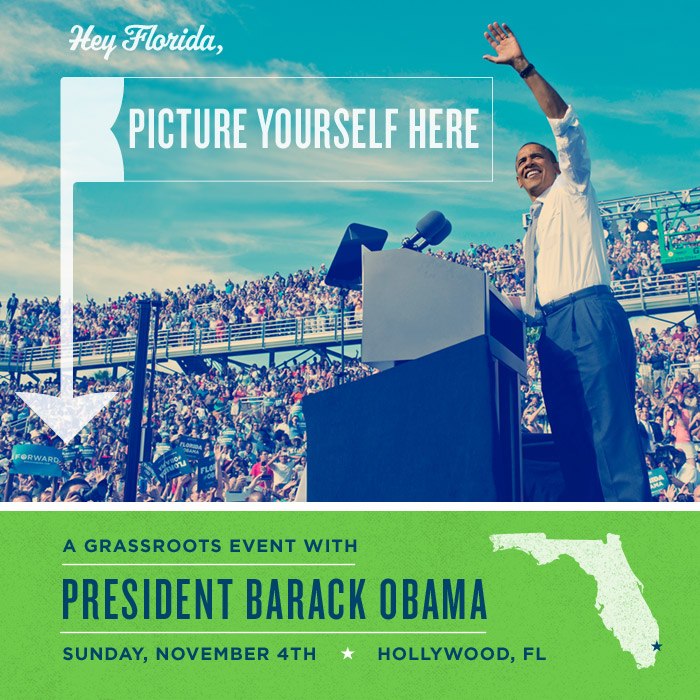 The recent presidential election in the United States was the most expensive race in history, with Mitt Romney and Barack Obama spending about $1 billion respectively on their efforts to win the White House. While both candidates raised hundreds of millions of dollars, their methodology was quite different and offer some important practices for the future of campaign financing.

Last Tuesday, the Union of Local Authorities hosted representatives from Israeli municipalities at the Dead Sea to discuss the upcoming municipal elections in 2013. I sat on a panel alongside two deputy mayors and five marketing experts discussing the political landscape and larger meditations on campaign financing in Israel.

The recent presidential election in the United States was the most expensive race in history, with Mitt Romney and Barack Obama spending about $1 billion respectively on their efforts to win the White House. While both candidates raised hundreds of millions of dollars, their methodology was quite different and offer some important practices for the future of campaign financing. With the upcoming municipal elections in Israel in 2013 and election spending soaring worldwide, the following is a case study of President Barack Obama’s crowdfunding strategy and the roles social media, grassroots campaigning, and small donations played in his re-election campaign.

Mitt Romney: Followed a traditional fundraising route, accepting unlimited contributions from billionaires, millionaires, and corporations through Super PAC’s.  Romney raised $384 million in individual donations, $70 million of which are considered ‘small donations’ or donations of $200 or less.

Targeting small donors was a strategy the Obama camp was quite familiar with; in the 2008 presidential race in the United States, President Obama raised $750 million from donors, $600 million of which came from 3 million donors through barackobama.com. That is an average of $200 per donor. President Obama’s strategy provides some food for thought, particularly as we begin to delve into the rational behind crowdfunding his political campaign. Let’s take a look at his basic election strategy:

A grassroots movement is defined by Wikipedia as a movement driven by the politics of the community. Whether large or small, all communities experience politics, as no two individuals are exactly alike and may be governed by countless factors: religion, ethics, gender, socioeconomic status, family values, level of education…and the list goes on. For a political candidate, targeting these groups individually is an effective strategy for soliciting donations and a grassroots campaign will utilize online social networks to organize virtual communities. Once those virtual communities are established, the campaign can use content, perks and rewards, or basic appeals to the intrinsic and social values of the virtual community to entice individuals to donate.

Political crowdfunding and grassroots campaigning naturally complement each other because they recognize the power of virtual communities to raise money, share ideas, and engage in larger discourse in pursuit of seeing an initiative succeed. The Obama Campaign strategy was particularly cognizant of these virtual communities, and utilized a number of mechanisms to engage with their members:

Through Technology: A study conducted by the Pew Research Foundation found of all adults in the United States using cell phones to send text messages, African-American and Latino voters are the most active texters. Since both of these voting blocs are usually Democrats and thus viewed as Obama friendly, the campaign entered into agreements with cellular phone providers, whereby  the campaign sent text messages to potential donors stating: “to contribute $10 to Obama for America, text GIVE to 62262.” The numbers spell out “OBAMA.”

Prominent Figures in Sub-Cultures: The Obama Campaign regularly sent across emails discussing issues at the forefront of the campaign. However, rather than sending generic emails, the campaign solicited help from different figureheads within different subcultures to solicit support and donations.

One of the most interesting parts of the Obama campaign is the reliance on funding from small donors. This is a baseline component of crowdfunding, which relies on contributions from friends, family, and virtual communities rather than hedge funds and angel investors (who could be considered similar to the billionaire donors putting millions into Super PACs). Research from the Angel Capital Education Foundation shows startups raise $60 million annually through friends and family, compared with $20 billion for Venture Capital and $20 billion from Angel investors, solidifying the average person as a powerful force.

For the Obama camp, small dollar donors were a great segment to target because the campaign could continually go back to them for more money. By the end of August 2012, 51% of Mitt Romney’s contributors had donated the legal maximum amount of $2,500, compared with just 16% of Obama’s supporters. Small donors also play a non-monetary, but equally important role in  campaigns: volunteerism. Small donors are more likely to make phone calls, hand out literature, or volunteer than bigger donors. Political crowdfunding is not just about the money: it is about individuals and communities coming together for a common goal.

In addition to targeting small donors, the campaign asked for small donations with big rewards attached to them. Also recognizing a need to cater to a number of virtual communities, the campaign called upon a number of different celebrities, sports heroes, and political figures as rewards or ‘perks’ for donation. Here are a few examples:

By continually providing great perks potential for a relatively cheap investment, the Obama campaign was able to raise $147 million by August of 2012 by donors who contributed $200 or less.

Social Media Presence: Social media played an important role in the elections of 2008 and 2012. Utilizing Facebook, Twitter, and MySpace created a direct link between potential donors and the message of the campaign. Nearly 6 million individuals were connected with the Obama campaign through social media sites, and Twitter became a driving source for election news throughout the campaign.

Individuals are affected by what their peers are saying online and that is a great way for the campaign to track and understand what demographics are saying and feeling about a candidate. Additionally, one of the most important parts of a crowdfunding campaign is supporting a continual connection with donors: providing them news, updates, and information on the progress of the initiative. Social media and crowdfunding rely on an emotional connection, and supporting larger discourse and dialogue are one of the most effective ways of keeping people engaged in the larger campaign.

Upon hearing the news of victory, President Obama tweeted a photo of him embracing First Lady Michelle Obama. Two days later, the photo had been retweeted 785,000 times, breaking the record for most-tweeted photo, and also breaking records on Facebook: the photo received 3.9 million Likes, a record previously held by the founder of Facebook, Mark Zuckerberg.

All in all, Israeli municipal leaders can take away the following lessons from the experience of President Obama’s crowdfunding campaign:

And above all, ENGAGE!