Crowdfunding in Singapore: One Step Closer to People Powered Investments 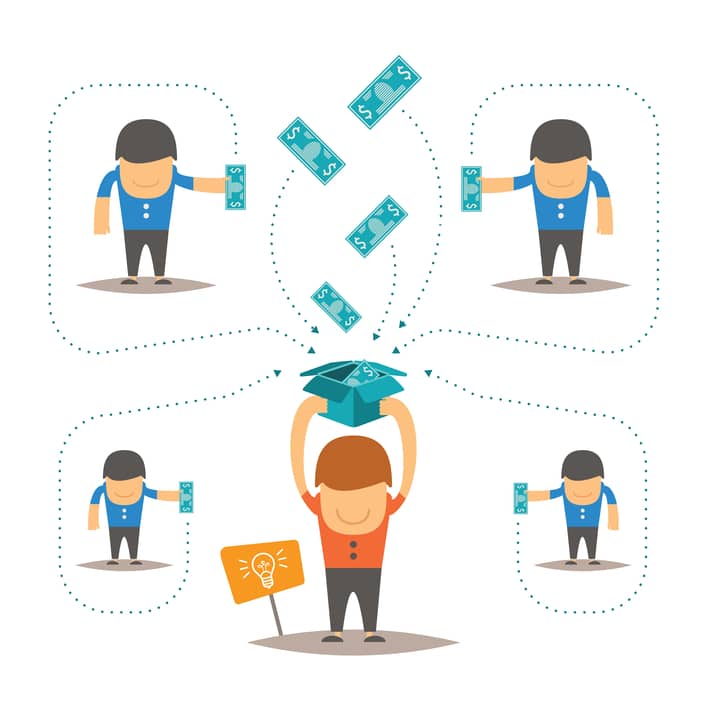 A famous ancient poet Lao Tzu once said, “The journey of a thousand miles begins with one step,” and the Monetary Authority of Singapore (MAS), the central banking authority of the country, releasing a consultation paper that outlines proposals of security based crowdfunding is a significant step towards a disruptive investment journey that will benefit startups and small and medium enterprises (SMEs).

And this is a great start for entrepreneurs, though the holidays are coming and everyone is in ‘relax mode’ for the Chinese Lunar New Year. Comments and suggestions are being accepted until 18th of March, so investors and financial moguls still have one month, as of press time, to contribute on the document entitled “Facilitating Securities based Crowdfunding.”

As one of the most influential government entities, MAS’s aims to decentralize the funding process for startups and SMEs, which make up 70% of Singapore’s employed workforce.

“These proposals seek to strike a balance between facilitating investments in start-ups and small businesses and ensuring that there are sufficient safeguards for investors,” commented Lee Boon Ngiap, Assistant Managing Director, Capital Markets, MAS. “We look forward to feedback from investors and market participants on the proposals to promote a conducive and sustainable environment for securities-based crowdfunding in Singapore,” [via Crowdfund Insider]

Crowdfunding is still in its infancy in Asia, and while Singapore’s neighboring countries have their own set of crowdfunding rules, a streamlined document of securities based crowdfunding initiated by the government can help create a healthy environment between entrepreneurs and investors. Platforms such as Crowdonomic, and Pozible are some of the few square pegs in Asia’s round holes. Just a few days ago, a real-estate crowdfunding site based in Singapore, CoAssets, received US$733,000 in series A funding, and I believe with the government’s proactive support on crowdfunding, this will add a vibrancy in the startup economy.

However, culture, language, and mindset are still deterrents of early adoption and localization of crowdfunding itself is still a requisite. It’s a long journey, but others choose to stay and take initiative, wait, or move to other places. The founder of CurioiusCatch, Daylon Soh who wrote, “Why Crowdfunding sites won’t take off in Singapore” in 2013 have underestimated the crowd back then. But two years later, in 2015, the government itself is beginning to shift gears. What’s more, this document also provides four definitions of crowdfunding: donation-based, reward-based, lending-based, and equity-based for clarity.

How big is the market? According to 2012 Economic Survey, loans for general commerce has reached $57.3 billion (SGD), Getty Goh, CEO of CoAssets wrote that “SMEs share of the existing business credit is estimated to worth about S$15.4billion and, by extrapolation, the untapped SME loans market could be worth much more.”

Will crowdfunding be successful in Singapore? It’s unsafe to drop the final say; it’s too early to tell because we’re still moving in baby steps and there are issues to discuss concerning consumer protection, not to mention the regulations in the financial systems. But one thing’s for sure—with the recognition of MAS document and also, Singapore Exchange’s plans to pilot a crowdfunding platform to help SMEs raise funds, it’s an exciting journey not just for the crowdfunding industry, but also to the government and the public as the country lays groundwork to become the world’s first smart nation.

The crowd, when empowered for greater causes, is more powerful than we think.

What do you think of the MAS move? Is it a heads up for startups and SMEs to get their act together for crowd finance? Start the ball rolling in the comments or on social media with hashtag #CSWGlobal2015

Your thoughts on crowdfunding? If you want to know more about the industry, how to disrupt the 1% rich and billion-dollar industries, join us in Singapore, April 20-24 and get your ticket to CSW Global. Rick Chen of Pozible is also one of our speakers. Don’t miss the world’s largest meeting on crowd economy and what the future holds on crowdfunding in Asia.