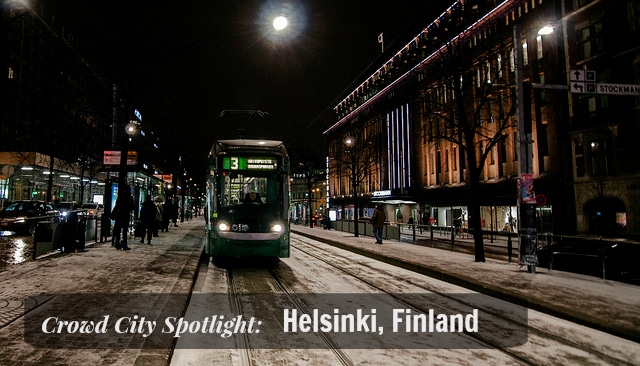 Own performance not product is the mindset that the city of Helsinki wants to encourage its residents to adopt  and choose the concept of mobility as a service instead of car ownership. The Finnish capital city is poised to grow 40% in the next 35 years and city planners are smartly drawing up a roadmap that makes car ownership redundant.

Citizens in Nordic and Scandanavian communities are already in tune with the environmental impacts of cars and represent a mindset that focusses on service quality and not the means. Now the city wants transportation options to match.

“Finland’s capital, Helsinki, is about to launch a program that could virtually eliminate car ownership and give its residents the ability to plot an on-demand commute from their phones. It’s mostly the vision of Sonja Heikkilä, a 24-year-old Helsinki transportation engineer. Heikkilä wants to create a real-time marketplace for customers to choose among transport providers and piece together the fastest or cheapest way of getting where they need to go. The providers’ services would be distilled into an app through which a customer could plan a route.”

The idea is not just to create a project but nurture an ecosystem to encourage mobility app designers to consider all modes of transportation  and offer the best option to the commuter — all without the hassle of owning and parking cars. This is just the beginning.

Sampo Hietanen of ITS Finland, a not-for-profit public/private sector association that promotes transportation innovation, is being credited as having pioneered the concept of “Mobility As A Service, (MaaS)” in Finland. Hietanen has predicted that transport would be hit by a “tsunami wave” of change on par with the digital revolution in communications. Soon, commuters will be able to purchase mobility plans, as they would a cell phone service, at rates according to their needs.”

So what are some of the factors that is enabling the city of Helsinki to disrupt its transportation systems. Heikkilä elaborates on some of the drivers in her thesis –

-Change in generational values and mindset: from ownership of possessions to ownership of experiences and services.

The city already has a pilot plan in place with an on-demand mini-bus service – Kutsuplus that commuters can summon through an app. Helsinki is planning pilots to launch its mobility plan and is confident that its model can be adopted by any city in the world with a decent transportation system.