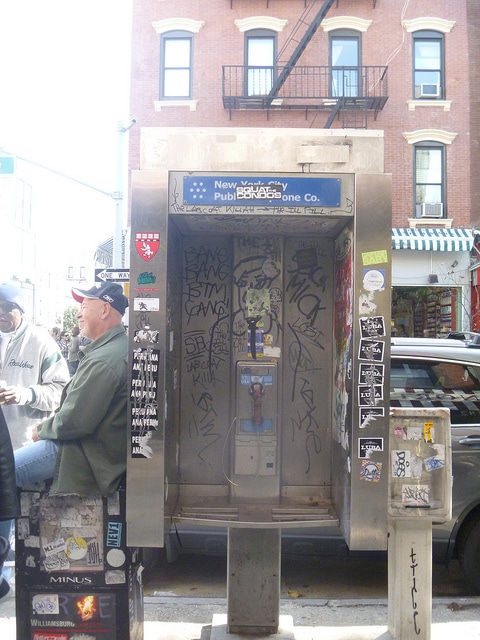 If all goes per plan, existing telephone booths will help NYC take the next step towards being a truly connected city with an ecosystem ripe for collaboration. Per the New York Times,

“…beginning next year, city officials said on Monday, the relics will evolve into something deemed far more practical: thousands of Wi-Fi hot spots across the city, providing free Internet access, free domestic calls using cellphones or a built-in keypad, a charging station for mobile devices and access to city services and directions.”

Per Mayor Bill de Blasio’s administration the initiative known as LinkNYC will bring the world’s fastest municipal Wi-Fi to millions of New Yorkers, small businesses and visitors. The five-borough network, if approved by the City’s Franchise and Concession Review Committee (FCRC), would be funded through advertising revenues, built at no-cost to taxpayers and generate more than $500 million in revenue for the City over the next 12 years.

The unique aspect of this initiative is that the Mayor’s office is framing the need for the internet infrastructure in the context of creating an equitable society by expanding internet access to all New Yorkers — and reducing the digital divide.

“This administration has been committed to expanding affordable access to broadband for all New Yorkers from the outset. It’s essential for everything we need to do to be a fair and just city, because we can’t continue to have a digital divide that holds back so many of our citizens,” said Mayor Bill de Blasio. “With this proposal for the fastest and largest municipal Wi-Fi network in the world – accessible to and free for all New Yorkers and visitors alike – we’re taking a critical step toward a more equal, open and connected city – for every New Yorker, in every borough.”

Smarter cities without doubt have to focus on bring internet access to its citizens as a basic human right. The paradox of technology has been that  in many cases it doesn’t reach the people it could help the most. Free internet can become a big asset to the poorer populations who can now access the new, connected economy.