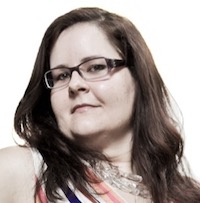 Amy J. Wilson is a current White House Presidential Innovation Fellow (PIF) that leads the Better Government movement–a crowdsourced, open-source project aimed at increasing adoption of innovative practices for a 21st century government. Her first year as PIF she founded the first government-wide technology accelerator to make the government better buyers of digital products and led the White House Open Data Innovation Summit, a celebration of the open data and government movement during the Obama Administration.

She specializes in building and sustaining cultures of innovation with a social good mission and embraces the art of storytelling. She has challenged the status quo at more than a dozen organizations and can both set and implement the vision.

On the cusp of Booz Allen Hamilton’s 100th Anniversary, she pioneered the company’s Innovation Blueprint, Playbook and Ecosystem, which defined innovation in the context of consulting, made innovation accessible to all, and created virtual and in-person places to incubate ideas. After Hurricane Katrina she led a recovery project to build 50 homes in four months as a Team Leader in AmeriCorps*NCCC, partnering with entrepreneurs and nonprofit organizations to solve the problem of landfill overflow and lack of housing opportunities. She’s also a Starting Bloc Social Entrepreneurship Fellow.

Open Opportunities and The Better Government Movement: Crowdsourcing Talent Within the Government