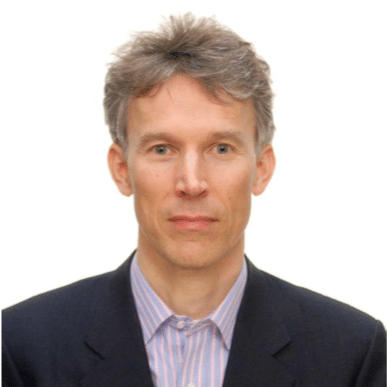 Eero Ailio works at the European Commission as Deputy Head of Unit (Internal Market: Retail Markets Coal and Oil) at the Directorate-General Energy. The unit leads on retail energy market issues, smart grids and metering as well as the Covenant of Mayors initiative within the Energy Union framework. Having previously concluded negotiations on the Directive for the safety on the safety of offshore oil and gas operations as well as coordinated the hydrocarbon and solid fuel policies, his main focus is now on developing policies for retail energy markets. He chairs the Vulnerable Consumers Working Group under Citizens Energy Forum.

Prior to DG Energy he worked on space, security as well as transport infrastructure policies within the Commission. This involved in particular initiating and coordinating external relations policy for the Galileo satellite navigation programme and managing related technology transfer, security and trade issues. He was Deputy Negotiator in negotiations on international agreements with the United States, People’s Republic of China, Russia and Norway.

In the nineties, he served as a career diplomat at the Ministry of Foreign Affairs in Helsinki and Brussels focusing on multilateral security, humanitarian aid and refugee policy issues in NATO, WEU and UNHCR. He was the Brussels-based member of a support team for President Martti Ahtisaari, who mediated a peace agreement in Kosovo in 1999.

In the eighties, he held various positions in corporate finance, media, energy retail and city administration in Finland, Sweden and Germany.

New Deal for Consumers Under the Energy Union

Panel 1: What is the Future of Energy Decentralization? How will it Impact our Environment?

12:00  -  12:45
Chancellery Auditorium
We use cookies on our website to give you the most relevant experience by remembering your preferences and repeat visits. By clicking “Accept”, you consent to the use of ALL the cookies.
Cookie settingsACCEPT
Manage consent