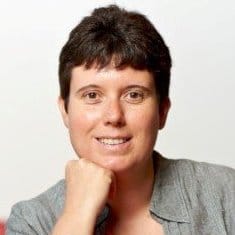 Ingrid Reynaert is Business Group Leader Smart Cities at Agoria, the Belgian federation of technology companies, which she joined in 2011. Before she was expert Innovation and Advisor Industrial Policy & Innovation for ICT at Agoria. From 2009, she was Manager Academic and Governmental Relations at the Interuniversitair Micro-Electronica Centrum (IMEC) in Leuven, Belgium. Between 2006 and 2009, Ingrid was Advisor Science, Technology and Innovation at the Cabinet of the Flemish Minister for Economy, Enterprise, Science, Innovation and Foreign Trade. From 2001 to 2006, she was project and financial manager at IMEC. She managed more than 200 subsidized projects and was project coordinator of various European projects. Ingrid joined KBC Securities in 1999 as Financial Analyst Life Sciences. Since February 2011, she is managing director of TIPEAS, a consultancy-based firm on intellectual property. Ingrid Reynaert received her Master Degree as Engineer for Chemistry and Agriculture Industry in 1993 at the Katholieke Universiteit Leuven, Belgium. She received her PhD Degree in Medical Sciences at the Katholieke Universiteit Leuven, Centre for Human Genetics, Belgium, in 1999. She is Board member of BiELAT.

Panel: What Role Does Sharing Economy Play in the Era of Smart City Evolution?

12:05  -  12:45
Chancellery Auditorium
We use cookies on our website to give you the most relevant experience by remembering your preferences and repeat visits. By clicking “Accept”, you consent to the use of ALL the cookies.
Cookie settingsACCEPT
Manage consent