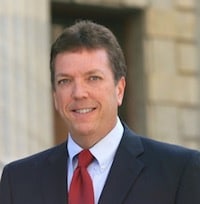 Kendall Almerico is a noted security token offering and crowdfunding lawyer who was named “one of the top crowdfunding and JOBS Act attorneys in the country” by Forbes. Venture Beat named Kendall as the top practicing attorney on their list of the most influential thought leaders on crowdfunding in the world. Inc. magazine named Kendall to its list of “Top 19 Crowdfunding Experts Startups Need to Know.” Onalytica ranked Kendall #1 on its 2016 list of the Top 100 crowdfunding influencers in the world. Huffington Post called Kendall “One of the country’s leading experts on equity crowdfunding.” Kendall and his crowdfunding websites have appeared in the New York Times, USA Today, Washington Post, Washington Times, Forbes, Bloomberg, Reuters, the New York Daily News, Business Insider, Christian Science Monitor, Fox Business Network, Yahoo News and hundreds of newspaper, blog, radio and television interviews including CNN, CNBC, CBS, ABC, NBC, FOX, CCTV and Bloomberg TV. Kendall is also CEO of Bankroll Ventures, who owns and operates BankRoll, an equity crowdfunding web site focused on security token offerings, Regulation A+ equity crowdfunding and 506(c) and 506(b) private placements. Mr. Almerico was a regular crowdfunding columnist for Entrepreneur.com and is a highly sought after international keynote speaker. Mr. Almerico practices law with the law firms of Almerico Law in Florida and Washington DC and DiMuroGinsberg in Alexandria, VA.

Crowdfunding An ICO Without Getting In Trouble

11:55  -  12:10
Auditorium
We use cookies on our website to give you the most relevant experience by remembering your preferences and repeat visits. By clicking “Accept”, you consent to the use of ALL the cookies.
Cookie settingsACCEPT
Manage consent