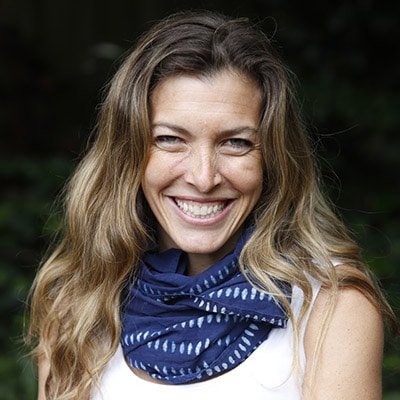 Melinda Kramer is a passionate advocate for social justice, the environment and women’s rights. An environmentalist by training, with a cultural anthropology background (Washington University and University of Nairobi), Melinda has lived and worked around the world learning from grassroots leaders on the frontlines of environmental crises. In 2005, she set out to bridge the resource gap for grassroots women tackling our world’s most critical environmental efforts, founding Women’s Earth Alliance.

Whether it was the Midwest United States where toxic lead smelters poisoned children, or rural Kenya where girls walked 4 hours to access water instead of an education, or the Arctic where indigenous lands, traditions, and rights were threatened daily by climate change, Melinda encountered the same phenomenon: Women were at the center– uniquely impacted, consistently marginalized, and leading the charge.

In 2005, Melinda set out to bridge the resource gap for grassroots women tackling our world’s most critical environmental efforts. What began as a small convening of 30 women leaders rapidly grew into a thriving global organization of 12 years. Before founding Women’s Earth Alliance, Melinda worked in Kenya with CARE International on sustainable agriculture and health projects. Later her work took her throughout the North Pacific Rim with Pacific Environment, building the capacity of grassroots environmental movements in China, the Russian Far East, and Alaska. At the Natural Capital Institute, Melinda was a key contributor to WiserEarth.org, a global communication platform for NGO leaders. She also co-founded and grew the Global Women’s Water Initiative, equipping grassroots women with training and expertise in Water, Sanitation and Hygiene (WASH), as well as the Ripple Academy, an interfaith environmental training initiative with the United Religions Initiative.