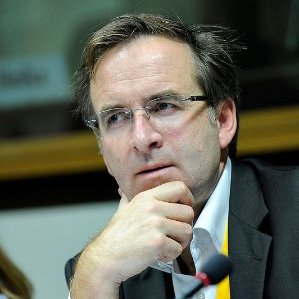 Philippe is an engineer who started his career at the University of Brussels (ULB) and then joined the first European EC-BIC in Liège (Socran).

After leaving Socran, he entered the private sector where he held senior Marketing and Business Development responsibilities within several SMEs leaders in their markets, most notably in the Agro and Food Industry.

Philippe joined EBN in 1992 and became responsible for technical assistance to the EC-BIC programme. He worked closely with the European Commission and directly for more than 50 BICs, Incubators and other Business Support Centres. Philippe also initiated and conducted pilot schemes in the field of academic and industrial spin-offs, clustering, business cooperation, local development and technology transfer.

He was appointed EBN CEO in the summer of 1999. He is committed to ensuring the performance and the reputation of EBN and their Network Members are of the highest standards.

10:30  -  11:15
Chancellery Auditorium
We use cookies on our website to give you the most relevant experience by remembering your preferences and repeat visits. By clicking “Accept”, you consent to the use of ALL the cookies.
Cookie settingsACCEPT
Manage consent