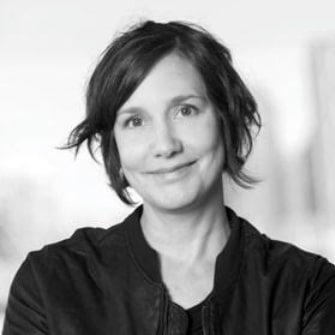 Shelley Kuipers is an accomplished and highly successful entrepreneur. After years of pioneering work in the emerging field of crowdsourcing, she co-founded Better Ventures in 2015 and founded Chaordix in 2009, helping clients such as LEGO, KPMG, University of Oxford, American Airlines, and Orange Telecom to gain a new level of market intelligence through crowdsourcing. Her first startup experience was with Merak Projects, who provided valuation and management software for the petroleum industry and was acquired by the world’s largest energy services and technology firm, Schlumberger, in 1999. In 2000, she co-founded Stormworks – a software development and digital marketing firm, which was acquired by Solium Capital, a publicly-traded financial services company ranked among the Deloitte Technology Fast 50, and recognized as the world’s largest independent provider of stock plan administration software and services. She also co-founded Adventure Capital, an early stage venture capital firm, and Material Insight, a consultancy of growth agents that help to grow tech startups.

The Rise of Participation and Why it’s Better for Business

16:00  -  16:20
Regent Street Cinema
We use cookies on our website to give you the most relevant experience by remembering your preferences and repeat visits. By clicking “Accept”, you consent to the use of ALL the cookies.
Cookie settingsACCEPT
Manage consent