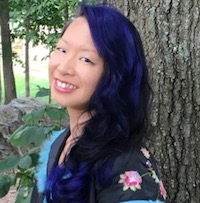 Dr. Sophia B Liu is an Innovation Specialist at the U.S. Geological Survey (USGS) Science and Decisions Center focused on participatory science and innovation. She co-chairs the Federal Community of Practice for Crowdsourcing and Citizen Science (CCS) and is the CCS Coordinator for USGS. She has also been on Mission Assignments for the Federal Emergency Management Agency (FEMA) to support the Crowdsourcing Unit at the National Response Coordination Center in response to the 2017 and 2018 hurricane seasons.

Dr. Liu was awarded a USGS Mendenhall Postdoctoral Fellowship during 2011 to 2015 working at the USGS National Earthquake Information Center in Colorado, the St. Petersburg Coastal Marine Science Center in Florida, and the Energy, Minerals, and Environmental Health programs at the National Center in Virginia on crowdsourcing, citizen science, and civic hacking projects Dr. Liu was also awarded a National Science Foundation Graduate Research Fellowship in 2006 conducting research on social media use in disasters. She received her Ph.D. at the University of Colorado Boulder in an interdisciplinary program called Technology, Media, and Society. She received a BA from the University of California, Irvine in Social Science with a minor in Information and Computer Science and in Digital Arts.