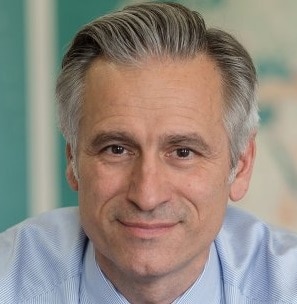 Stanislas de Bentzmann graduated in marketing at the INSEEC Business School in 1987 and then studied computer science at the University of San José in the Silicon Valley.

He started his career with the decision to create his own business in France and launched Message – a company setting up production units in abroad for large retailers.

He sold his company in 1990 and decided to join Randstad taking on sales management functions for the Group computer offers before taking responsibilities in Randstad M&A activities.

In 1995, he capitalized on the development of the telecom industry and regulatory changes in France to create Devoteam with his brother – Godefroy. They initiated the business model targeting the telecommunications market stimulated by new service providers.

Besides his role at Devoteam, he took up the presidency of CroissancePlus, a French association for the promotion of entrepreneurship since July 2013.

09:00  -  10:15
Chancellery Auditorium
We use cookies on our website to give you the most relevant experience by remembering your preferences and repeat visits. By clicking “Accept”, you consent to the use of ALL the cookies.
Cookie settingsACCEPT
Manage consent