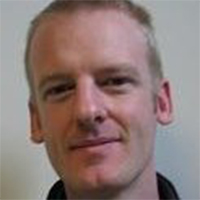 While completing a Masters in Product Design at schools in both Antwerp and Barcelona, Stijn De Rijck became fascinated with the magic of 3D printing. He first started using 3D Printing technologies for technical prototyping while working as an industrial designer of green technology. Later, when he was a game designer, he used it to communicate new concepts to clients and colleagues and to test the games with target groups.

In 2006, Stijn started to work for Materialise, the leading provider of 3D Printing software and solutions. He quickly discovered that if you leave the limitations of traditional manufacturing technologies behind, you can create better products and even transform how businesses run. He soon realized that the most successful projects were those where he was able to merge the experience, knowledge and creativity of a customer with the 3D Printing expertise of Materialise. And so he started to make co-creation part of the Materialise culture.

Winning by Co-creating: Stop Thinking you Must Create and Deliver all the Value

15:00  -  15:30
Chancellery Auditorium
We use cookies on our website to give you the most relevant experience by remembering your preferences and repeat visits. By clicking “Accept”, you consent to the use of ALL the cookies.
Cookie settingsACCEPT
Manage consent