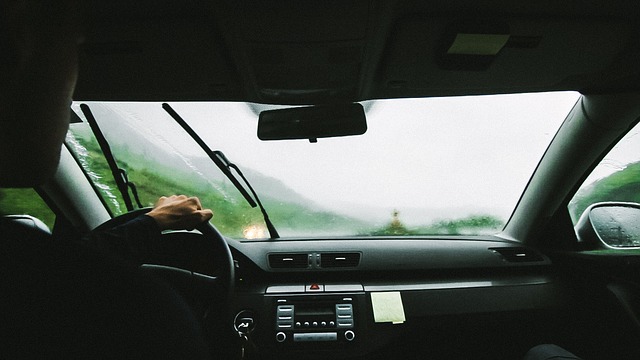 Capping the week, we’d like to extend our Thanksgiving greetings to our readers. And of course, as part of our routine, here’s a curated weekly roundup of the breaking news and must-read thought leadership pieces on the crowd economy spotted by the Crowdsourcing Week team. One of this week’s highlights is UK’s Autumn Statement on sharing economy.

Digital start-ups in the UK are calling the attention of the government to provide a tax relief for those who have supplemental income from sharing spare rooms, rides, driveways and among others, The Telegraph Co reported.

Members of the trade body Sharing Economy UK (SEUK) want to see a tax relief of £10,000 for people who supplement their income by renting out spare rooms, unused storage or space in their driveways… high streets have become eroded because people cannot park there and, if they can, they are terrified of getting a ticket. This would take the pressure off on street parking spaces, free up money to spend in shops and restaurants and send out the greatest signal to startups that the Government is fully behind this entrepreneurship.

Can crowdfunding save the fashion industry?

Crowdfunding is nascent in the fashion industry, and one of the deterrents of adoption is because emerging designers are inexperienced in capitalizing the crowdfunding platforms that needs to be addressed while we see its growth in other industries. Here’s a thought-piece on Business of Fashion.

Often, the emerging designers crowdfunding their businesses are highly inexperienced. “When we review a project, the first thing we do is make sure that the designer has the ability to complete it,” says Lucas Vigliocco, co-founder of London-based fashion crowdfunding platform Wowcracy. “Many of the designers are not yet professionals, so we need to make sure that the person is committed to the project and our process.” While more than 1,250 designers have submitted projects to Wowcracy since it was founded in 2013, only 250 have actually been published by the site.

Super-smart cities by 2020: a disruption to watch out!

Data, data, data. The Internet of Things will usher us in a new era five years from now as IT World Canada puts it: super-smart cities.

The IoT will be the catalyst for intelligent “super-smart” cities 2020 and the next wave of city disruption. There are undercurrents for this in the United Nations Sustainable Development Goals (SDGs) and ITU World Summit on the Information Society action lines (WSIS)… The impact of IoT combined with AI (machine learning) will create a new era which at the community level will be expressed in “super-smart” cities. Computing is fundamentally embedded everywhere and essential in government, business, industry, research, and all domains of science, academia, media, and society and underlies the success of the SDGs for all countries until 2030 and WSIS.

In efforts to become a sustainable ‘smart city’ aiming to enhance the lives of residents, Tel Aviv has incorporated various digital resources into its urban ecosystem, including the city’s interest and location-based DigiTel pass, city-wide WiFi, digital city services and GPS-based smartphone applications.

What open data innovation can do in Europe?

Ben Cave of Open Data Institute shares why culture change is pivotal when it comes to open data innovation. He cited a set of common characteristics among teams to avoid crossed wires and lost files while “working openly and collaboratively.” Here’s a thought-piece via Huffington Post.

The launch of the EU’s European Data Portal (EDP) this week marks a significant commitment to improving open data innovation across Europe. EDP was launched by the European Commission (with the Connecting Europe Facility framework), to support the deployment of European open data infrastructures, from data publishing to re-use.  With over 240,000 open datasets from 32 countries and topics ranging from science to justice, EDP supports a new generation of products and services.

Red is the color of disruption: ready to join?

Crowdsourcing Week’s COO, Paul Niederer tells you why red is the color of disruption via LinkedIn:

Have a read through this excellent article by Dara Albright on the Facebook IPO. When they already had a half million fans and followers why couldn’t they become partners with Facebook? Securities regulations stopped any pre-IPO involvement. The situation will change in just a few weeks due to the passage of Title III in the United States of America…