7 Things I Learnt at Crowdsourcing Week 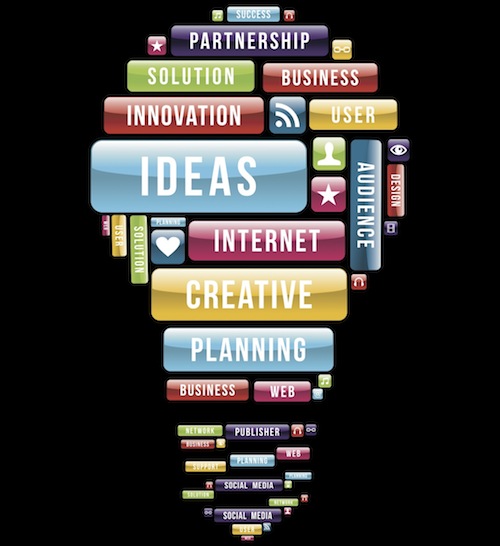 A few weeks back I found myself stuck with a clichéd phrase in my head “The world is changing so very fast!” I was attending Crowdsourcing Week Singapore and was completely fascinated by the variety of presentations and diverse points of view on life, work and play that were being raised.

Here is a quick snapshot of what might become of our tomorrow, all thanks to the wisdom of the crowd:

Social media will predict real life events: A completely changed media landscape where the power of crowds and online behaviour can predict events before they actually happen! As Maria Ressa, CEO of Rappler, based in the Philippines, demonstrated, “Big Data” from crowds is already being analysed to predict events before they happen. She gave the example of a simulated prediction of American Idol based on millions of tweets, but the same could easily hold true for election results or health outbreaks.

The fractional economy will be a significant labour source for companies:  The crowd of freelancers is swelling every day and companies are already hiring talent using online portals such as Elance for projects on an as-and-when needed basis or on a “fraction” of the time a full project may take. As Kjetil Olsen, Vice President, Europe, Elance shared, the size of the online market for freelance jobs in 2012 was USD $1 billion and is pegged to grow to USD $18 billion by 2018.  For small businesses, hiring individuals or teams on a project basis results in significant cost savings, allowing them to compete effectively against larger competitors. For students and solopreneurs, online freelancing is already the new normal. With aging populations, one can also see retired professionals with industry expertise who want to continue working or supplement their savings, benefitting from such avenues.

Creative agencies will crowdsource too:  If businesses can reach out directly to freelancers and brands can crowdsource insights, ideas, artwork, design, music and film from creative professionals anywhere in the world, what will happen to the creative agency as we know it? If you can’t beat them, well, join them! A trickle has started and one will probably see more  creative agencies partnering with crowdsourcing platforms so that clients get access to a wider pool of talent.

Employees will be the richest source of insights within a company:  The “Inner Crowd” is that untapped frontier within companies that really does need to be taken more seriously. We’re talking about employees in an organisation who are sitting on a treasure trove of insights and ideas relating to brand offerings, operational efficiencies and internal processes that probably hold the competitive advantage many a corporation is overlooking. Sarah Reiter, CEO of Future Brand, Asia Pacific put it eloquently when she said “the involvement of internal stakeholders often leads to the discovery of hidden strengths”. So internal comms people, take note. Your workload is about to explode.

Capital can be raised from anywhere and will actually make investments less risky for venture capitalists : There was a lot of chatter at Crowdsourcing Week about Singapore based company, Pirate 3D,  raising $100,000 for its 3D printer, The Buccaneer, within 10 minutes of launching its campaign on Kickstarter. It seems everyone is on the look-out for the next big thing! According to the 2013CF-Crowdfunding Industry Report, crowdfunding platforms raised $2.7 billion in 2012 (an 81% increase over 2011) and funded more than one million campaigns, with North America and Europe accounting for over 95% of the market.  But are venture capitalists perturbed? It seems not.  A successful crowdfunded campaign means market validation and takes some of the risk out of the equation for VCs, allowing them to swoop in on that next big thing!

The public sector can solve more problems than ever before:  From traffic routing applications to empowering the youth of tomorrow, crowdsourcing of information, talent and funding can be a much needed driver of innovation and efficiency for governments everywhere.

Data scientists will be highly sought-after professionals:  Note to myself: Is this a career option for my son? It seems that data scientists are out to change the world, given the masses of, well, data that is being created daily.  A solid understanding of analytics and business processes combined with an entrepreneurial impulse and creativity will be key.  Sounds like Super Man or Woman to me frankly. Science meets art meets psychology. At any rate, I can imagine a whole slew of university courses being planned as we speak!

Significant as many of these developments are and promise to be in the future, there were also other questions that were coming to my mind.  Can one trust the direction of a crowd if it reacts emotionally rather than rationally? Can crowd funding be misused? Can intellectual property created by the crowdsourcing process be guaranteed protection? What about the time and effort wasted by people who enter contests but don’t win? Will citizen activism change corrupt governments or simply create noise? Will brand campaigns be lasting or keep moving on to the next big idea that crowds throw up? Is the crowd capable of raising the bar of standards of excellence across different fields? Will the crowd be able to see the big picture?

Does the crowd always know what is best?

On Behalf of PrimeTime