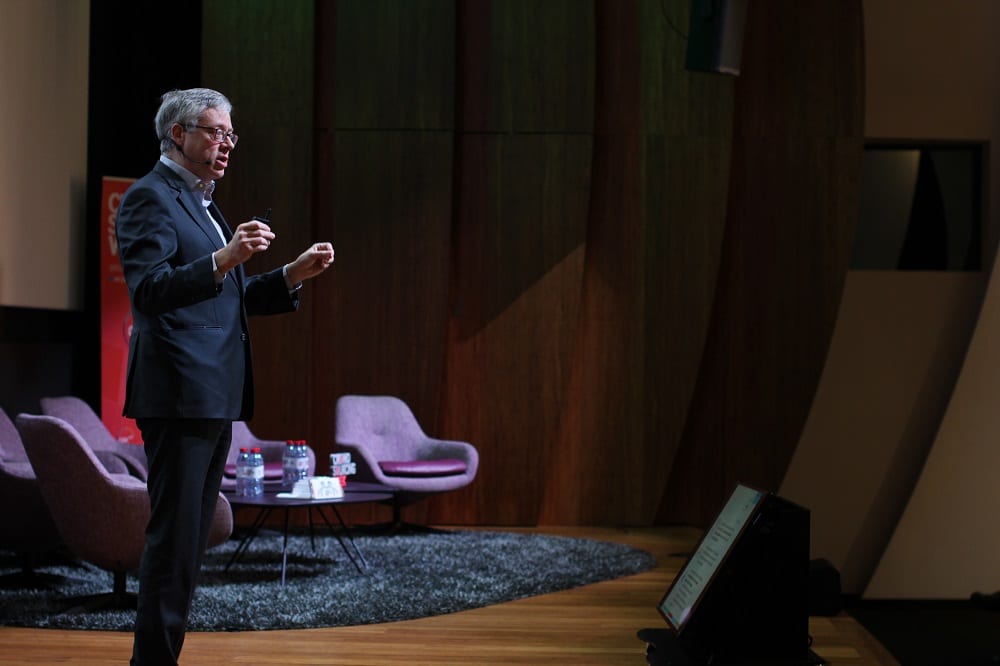 Today’s theme was Smart Cities, Sharing Economy and Mobility. These three aspects of the crowd economy naturally come together in the process of seeking solutions to today’s and tomorrow’s challenges that require a holistic approach with 360 degree vision.

Epi Ludvik Nekaj, CEO of Crowdsourcing Week, began today with an overview of the importance of understanding that why we do what we do is probably more important than what it is that we do. The reasons why we do anything frame our levels of performance, our inclination to surpass expectations, our levels of affective commitment and emotional attachment – sometimes though not necessarily to an employer, but certainly to our own ideals and aspirations. Here is a video clip that helps bring this to life. 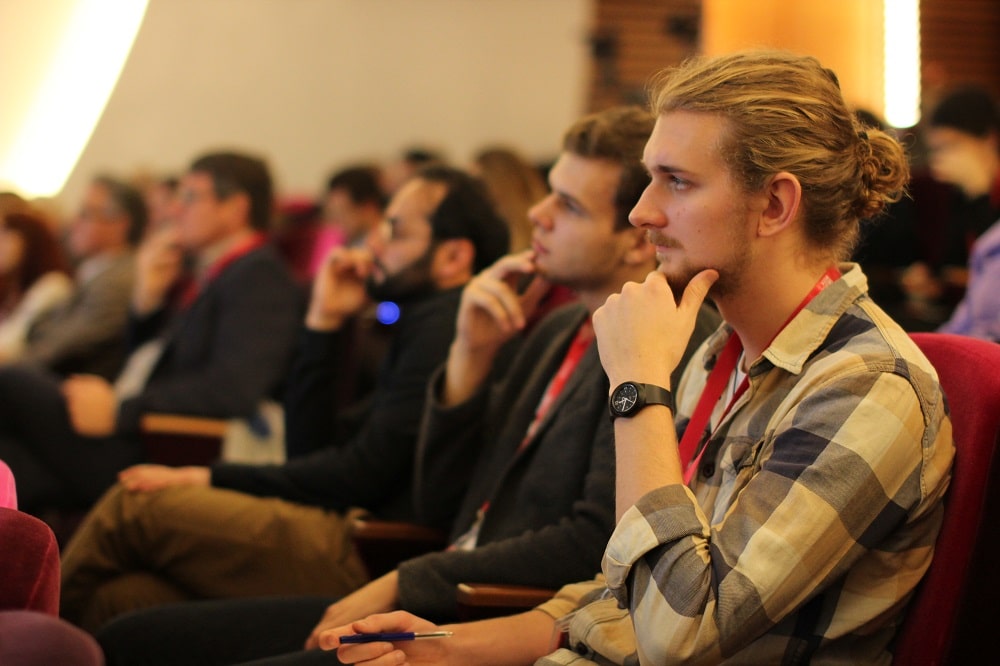 Brussels is a very appropriate city in which to discuss these issues of Smart Cities, Sharing Economy and Mobility. The state of the roads in the city of 1.2 million, has become a hot political issue in Belgium. It has also been called the home of the worst traffic jams in the world. Many people in Brussels thus have a definite vested interest in increasing use of new technology and data gathering to improve mobility and thus the overall quality of life.

Being the home to the European Union, the city’s dire traffic conditions also continue to keep the issue front of mind for many politicians from all over Europe.

Car sharing initiatives include uberPOOL. In order to further reduce the cost of using taxis Uber has introduced in some of the larger cities where it operates a facility for multiple users to share a taxi, explained Uber’s Senior Operations and Logistics Manager Joost Verdiesen. Results show that the number of Uber users increases though actual mileage by Uber drivers goes down – more people use fewer cars. 200,000 people currently commute to Brussels every work day so a reduction in car numbers would be significant.

Another initiative in this area is BMW’s Drive Now, a car pool membership scheme, explained MD Christian Lambert. They have 700,000 members in 11 cities, including 40,000 in Milan within three weeks of launching there. Members come from all demographic groups, and 46% own a car. Reducing that level of car ownership also reduces pressure on parking spaces. The cars that are sold and go off the road are older, the new cars in the pool are more efficient, quieter and cleaner. 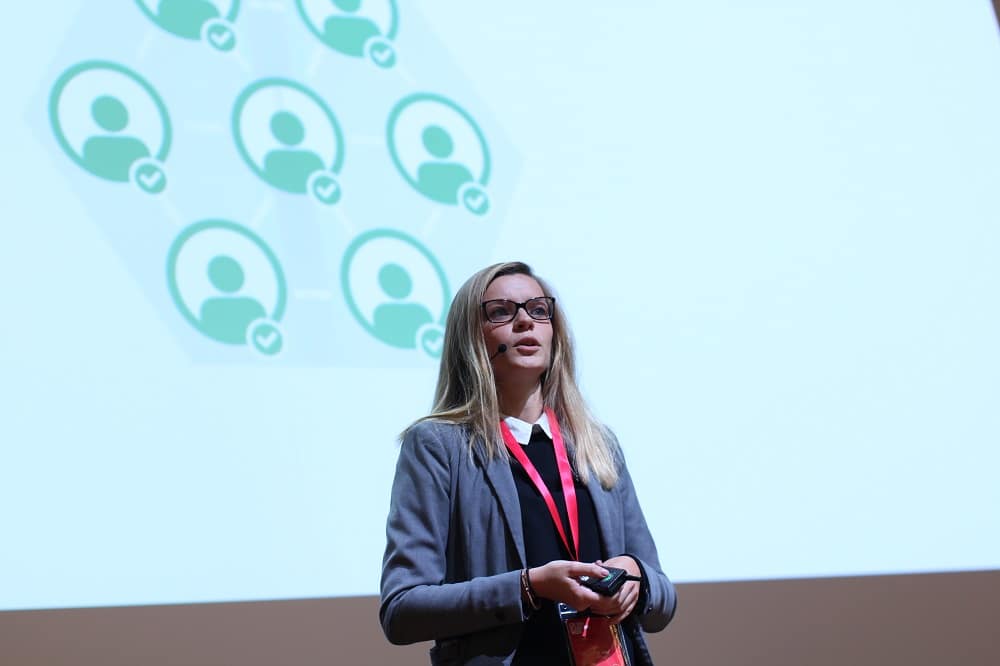 Uber is the use of private cars as taxis, Drive Now is car pool sharing and BlaBlaCar is ride sharing – offering spare seats in the car to share the fuel costs when making specific journeys. Having passengers in your car, your personal space, requires a high element of trust. BlaBlaCars knew they had to quickly build high levels of mutual trust between drivers and passengers, as trust is the essence of collaboration. Yet even they were surprised at achieving a trust level of 88%, said Benelux Manager Shana Smeets, when the average trust level in work colleagues is 58% and trust in family and friends are at levels of 94% and 92%.

Pierrick Bouffaron of L’Atelier BNP Paribas commented on similar developments to reduce car mileage in the USA where with such a diversity of types of urban communities there is a constant redefinition of needs. Grocery delivery services remove the need for many shopping trips by car, for example.

So there are numerous stakeholders who contribute to the local government ambitions to use technology, in these examples it’s online connectivity bringing people together, to make their cities smarter and improve mobility.

Brussels Metropolitan aims to help build an environment which better enables the creation of wealth, jobs and interesting activities in the city, said Alain Deneef. Urban development has always been a trade-off between time and space. To reduce travel time we have built more and bigger roads, encroaching on precious, limited supply land. Or where we are unable or it is too expensive to increase the travelling space we continue to experience congestion with time delays, pollution, lost productivity and stress-related health issues. The only other variable we can really use is the time at which we travel, though with rather fixed working hours that remains a non-option for many people. The hope is that big data will provide information on which more enlightened decisions can be made in future.

A source of big data to help transport planning and improve mobility is our mobile phones and other devices. Frank de Weser of Orange took the audience through gathering and using big data from telecom networks to support city marketing – promotional strategies to encourage certain activities to take place locally. Mobiles are continually searching for antennae, and they leave a trace. Analysis of aggregated and anonymised locations of our phones over time enables monitoring numbers of people at locations or events and their movement. It can break them down by local residents, other people from the same country and visitors from other countries. This data can help with estimates of return on investment, yet maintains privacy of each individual’s data.

This theme was continued by Peter Rakers of cropland who work in partnership with Orange. They have extensive experience of tracking crowds attending events in Antwerp based on these mobile phone traces. As well as helping to evaluate the economic impact of events the work also benefits mobility though traffic and transport management, and security if areas or zones look to be getting too busy. 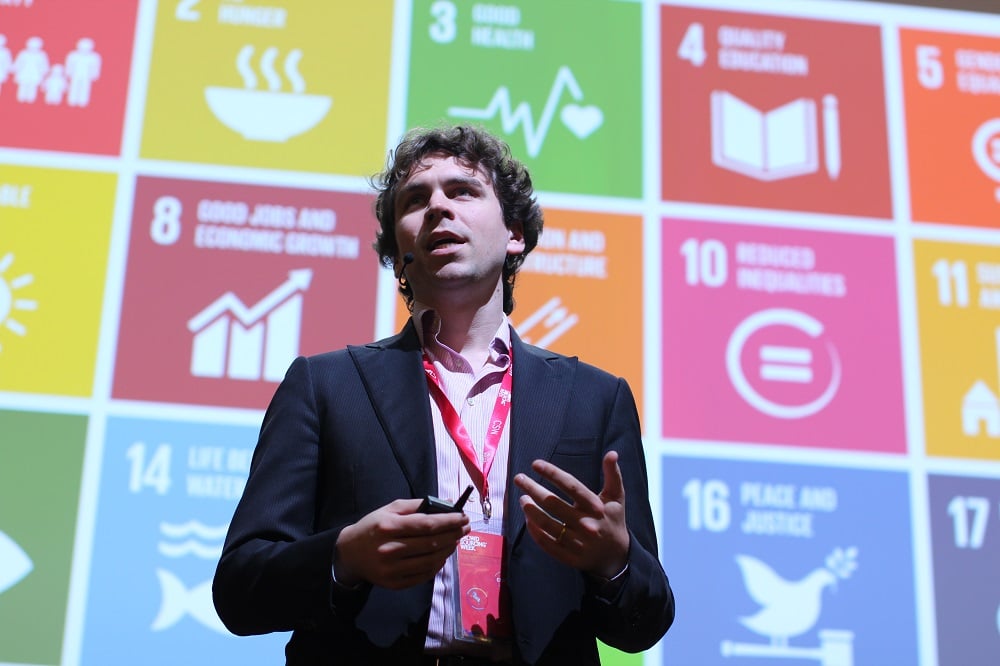 Other more global uses of telecom-generated big data were explained by Sebastien Deletaille of Real Impact Analytics. For example, location data can identify the busiest routes used between malaria-free areas that become re-infected by people travelling from contagious areas. Marketing activity can be put in place to give warnings. Another example was that areas of Africa where people make numerous low value payment top-ups are also likely to be areas where the population cannot afford a healthy diet, and are thus areas where the medical services should target efforts to prevent more expensive outbreaks of diseases or other medical issues. Maps based on projected eating habits become vital planning tools for medical aid providers and government agencies.

While hearing all these associated benefits of telecom big data aggregation and analysis, it was timely to be reminded by Robin Christopherson of AbilityNet that there are groups of people who have difficulty using smartphones. They include people with impaired or a lack of eyesight, dyslexia, arthritis and even severe cases of fat fingers! The opportunities for co-creation, open innovation and every other aspect of crowdsourcing and the crowd economy should be fully inclusive and available to all. Much of his presentation consisted of videos about the technology that exists to deal with this issue and he will make them available at #CSWEurope16.

Thursday’s theme is Energy and Sustainability. A few tickets remain available and here is a full agenda. Check what delegates are saying at #CSWEurope16.