Horizon State Blockchain Empowering the Vote and Our Philanthropy 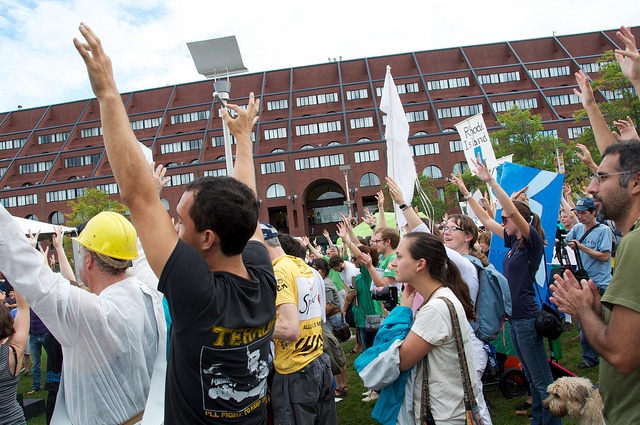 How do you represent the crowd? For millennia, there have been many techniques to figure out the majority needs. Picture people raising their hands at an event, or clapping to choose the best choice, or submitting tiny pieces of paper to be tallied later. As we discussed recently, each of these techniques has significant flaws and biases.

Technology, and most recently blockchain, can help create a neutral, unbiased perspective on the community needs – and many new industries are aiming to make this dream a reality. At this point, it isn’t a matter of if blockchain will revolutionize our public practices, but when.

One new example is MiVote, an Australia-based voting platform now being used by the Democratic Party of India. The Australian part is key here, as an Australian Bureau of Statistics study found that only 1.3 percent of adult Aussies are represented in their political movement membership. In the UK the comparable figure for political party membership is similar at 1.4%. Now MiVote has partnered with Horizon State to create a stable, transparent platform representative of the population. 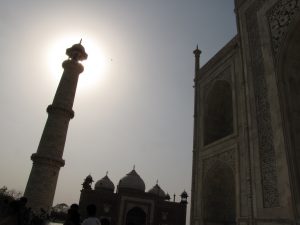 For India, Horizon State and MiVote have the opportunity to truly represent over a billion people. In the first stage the DPI will consult with its 3.1 million members on policy issues. The new technology then really takes hold in 2019 when they plan to reach out to all citizens and generate wider feedback before making policy decisions for a manifesto to take in to the general election. The blockchain-based setup will allow not only faster access, but more accurate feedback from one of the fastest-growing populations in the world.

MiVote can create more democratic discussion as well. The platform is committed to being free of lobbyist or corporate money, staying partisan free and, as mentioned above, facilitating transparency on all policy decisions. Horizon State’s blockchain system is more conducive to this ideal than the models of the past.

Democratically-designed tech isn’t just for voting, either. Earlier this year, Red Cross Australia partnered with Horizon State to bring more accountability to their donors. It is a multi-leveled approach: donors can give cryptocurrencies and trace their finances; and the money itself has more security. For instance, donating a cryptocurrency today allows givers to follow their money in real time being used to help a refugee family, feed the homeless, or another Red Cross Australia activity. The transparency also gives another layer of security. 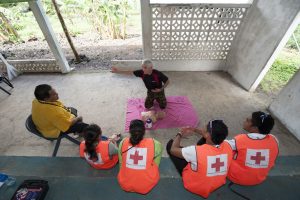 The Red Cross Australia/Horizon State partnership is timely for several reasons. First, technology has enabled more donation activities, not only from increased knowledge of worldwide needs, but the ability to donate quickly through the Internet. Second, as awareness has risen, the scrutiny and examination of donation money has increased as well. Lastly, the new blockchain technology empowers both the ability to donate in more ways as well as adds transparency to the growing philanthropic industry.

Responsible money management is the most immediate benefit, but the ultimate step for blockchain may be well beyond financial security. According to a recent interview, Red Cross Australia is researching a so-called “humanitarian passport”. Wars, famine, and other crises often happen with little-to-no notice, or at least not enough to equip Red Cross Australia volunteers with the right paperwork to enter foreign countries safely and quickly.

By maximizing blockchain through its Horizon State partnership, Red Cross Australia can equip volunteers with digital passports showing their complete travel history and data. A secure, tech-based dossier can quickly be accessed by government gatekeepers, enabling people to get assistance faster and worldwide challenges to be better suppressed, if not averted.

Horizon State’s CEO Oren Alazraki is a speaker at our CSW Global 2018 conference in Washington D.C. running 24-28 October. The title of his session is “How to harness the collective wisdom of communities through decentralized, blockchain-based voting systems.” Here is a full conference agenda and some tickets remain available. Come and hear more than 60 international and domestic US speakers, and meet the CSW team and many of our North American community.