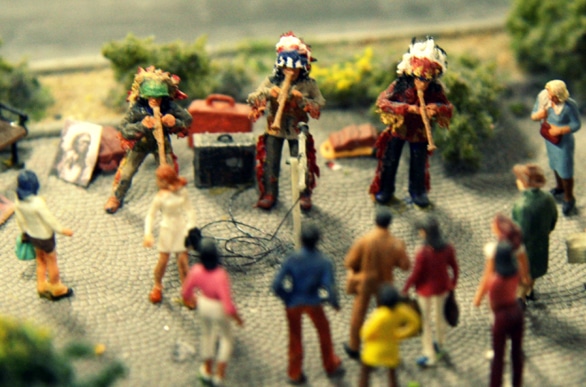 For nearly a year now we’ve been working on a production to promote domestic adventure tourism among Indian youth. This project has been conceptualized in collaboration with an American adventure enthusiast and filmmaker. However, the reason it hasn’t taken off the ground yet is that it isn’t rigged enough for TV productions and brands to be interested in.

The other day I came across this news that the New York City Opera was on the brink of shutting down. It wasn’t news enough though till it said “in a last ditch effort, they were to raise money via crowdsourcing” so they can work on what seemed like a populist production on the life of Anna Nicole Smith.

It reminded me of our conversations with production houses and brands for funding of the aforementioned show. It seems like everybody’s interested in what works and they don’t realize there is too much of it already. Commercial formulae have a lifetime we feel as an organization and therefore try and work on authentic new ideas.

Now crowdsourcing isn’t as mature in India and projects of cultural value still fall under the traditional public and private funding models. The former supporting stuff like classical dance and the latter productions that patronize Indian youth. Crowd funding is slowly yet certainly emerging as a third alternative. What with little sparks like”Lucia” a regional film that got crowd funded.

“In the context of our project, kickstarter seems like the logical next thing to do”, our American collaborator wasn’t even being adventurous when she said this.

Our project lies somewhere between classical dance and an MTV reality show and the sense that I get is that; crowdfunding is for such inbetweeners. Those with experimental ideas.

What the tides of time have done is, they’ve made many a traditional art forms seem experimental. There is an aesthetic novelty attached to them now. I suspect crowdfunding could save these from extinction, maybe not if the scale is a New York City Opera (they needed to raise $20 mn!!) but certainly for smaller tribes.

As the digital market place grows, there is an emerging consumer class for whom a purchase is as much about expressing themselves as it is about satisfying a need. The success of websites such as etsy ratifies this behavior and at scale this could mean people finding “fresh and new” perhaps in the “old and lost”.