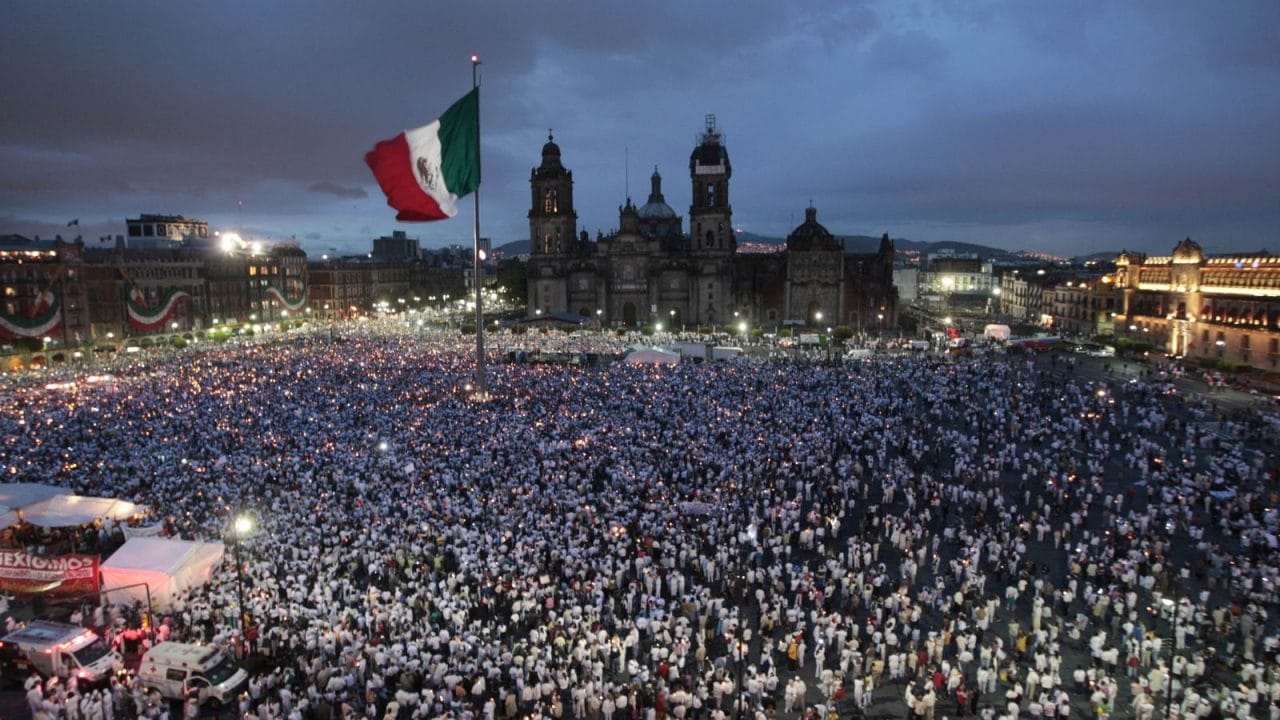 Check out our curated Weekly Roundup of the breaking news and must-read thought leadership pieces on the crowd economy spotted by the Crowdsourcing Week team.

Mexico City will be drafting its new constitution through crowdsourcing using change.org. Check out the procedure.

The crowdsourcing exercise is unprecedented in Mexico—and pretty much everywhere else. Chilangos, as locals are known, can petition for issues to be included in the constitution through Change.org (link in Spanish), and make their case in person if they gather more than 10,000 signatures. They can also annotate proposals by the constitution’s drafters via PubPub, an editing platform (Spanish) similar to Google Docs.

Seems like the only alternative for American parents to fund their maternity leave is crowdsourcing. Find out more here.

This is why pregnant women are taking matters into their own hands. As strange as it sounds to ask family, friends, and strangers for financial assistance to spend time with a newborn, it also makes sense if the government is failing abysmally to provide support in that particular area. Crowdsourcing is being used for a wide variety of purposes, so why not to ensure a solid, healthy, and best possible start for a tiny new citizen? Warren-Baker is not the only one doing this. GoFundMe reports that $8.8 million has been raised across 5,800 campaigns in recent years for the purpose of funding maternity leaves.

This article shares details of how colleges are turning to crowdsourcing when it comes to finding donations.

Getting alumni, especially younger graduates, to open their wallets is a challenge for many colleges and universities, especially those that rely on old-school approaches that land their pitches in voicemail or the garbage — or, even worse, end up annoying potential donors. Because schools rely on gifts of all sizes to fund scholarships, renovations and endowments, direct donations are especially critical as public universities contend with dwindling state investment and small private colleges struggle with the revenue loss of sluggish enrollment. “We chose the crowdfunding model so the students could do peer-to-peer and social fundraising on behalf of the program,” said Mitchell Vander Vorst, executive director of marketing and advancement at William and Mary. “It helps us democratize the process, and students can share their projects on social media.”

CEO Casey Ellis co-founded the startup in 2012 through the Startmate accelerator in Sydney, Australia to crowdsource security testing. Now based in San Francisco, the company’s flagship product, Crowdcontrol, is powered by a curated, vetted community of more than 27,000 security researchers and helps customers uncover and resolve security bugs in products. Clients include Tesla, Fitbit, Motorola, TripAdvisor and Western Union.

Read the story of how NASA will help DHS to crowdsource innovation.

Partnering with NASA to develop new technologies through publicly crowdsourced prize competitions lets DHS S&T leverage the resources of CoECI, which was established to assist other federal agencies in the use of crowdsourced challenges to solve tough, mission-critical problems. “The partnership allows us to broaden our reach to others in the innovation community, that we wouldn’t otherwise have been able to reach,” DHS spokesman John Verrico told GCN.

Crowdsourcing campaign designed to understand the mindset of LGBTQ people

‘Our Tomorrow’ will be the first nationwide LGBTQ crowdsourcing campaign to reveal optimism about the future.

The campaign collected 14,509 hopes, fears and ideas from 5,663 individuals in all 50 states—including a significant number of participants from often overlooked and underrepresented groups. Because the responses were open-ended, researchers trained in linguistic analysis spent weeks interpreting the results. “Our hope is that these findings inform the work of organizations and individuals working to improve the lives of LGBTQ people everywhere,” said Kevin Jennings, executive director of the Arcus Foundation, which helped fund the campaign. “Our Tomorrow engaged the full diversity of the LGBTQ community — from all parts of the country and all walks of life. As a movement, it’s important that we listen to and learn from what they had to say.”

Check this article out if you want to find out more how Tappyn is crowdsourcing copy-writing services.

“Over the course of the contest, people in your target audience submit ads, share their submissions, and vote on their favorites,” Matthiessen explains. “At the close of the contest, you pick your favorite ad and the copyright of that ad is transferred to you. The entire process is itself an advertisement for your company, providing further additional exposure.”