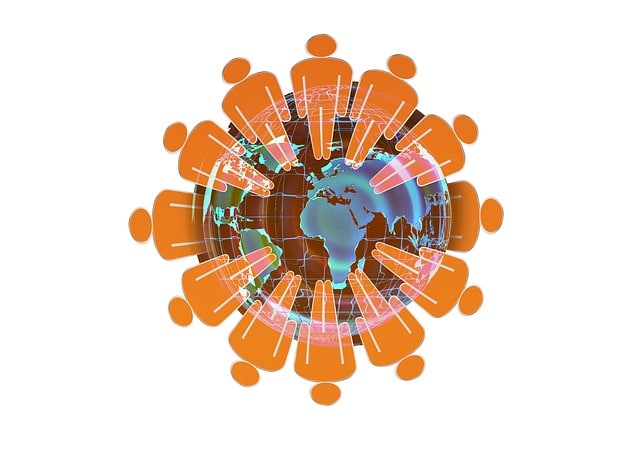 Here’s a Christmas day special of our curated weekly roundup of the breaking news and must-read thought leadership pieces on the crowd economy spotted by the Crowdsourcing Week team about sharing economy, crowdfunding, innovation and more.

Sharing economy is shaping the future of work

The sharing economy is changing the workplace in America. In this thought-piece via Forbes, find out how it’s shaping our view of work – that it’s not the place we go to, but a thing we do, anywhere and anytime.

The sharing economy, in simplest terms, is “an economic model in which individuals are able to borrow or rent assets owned by someone else3.” While there have always been collaborative economies involving shared purchase or use of goods (think coops and thrift stores), what enables the explosive growth of the sharing economy today is the internet. Barriers to sharing (time, space, geography, marketing dollars) are rendered irrelevant in the digital age of free mobile apps that connect people across timezones, cultures, and languages. Of course, we should also mention Freelance marketplaces like Upwork, Work Market, and the like, which are part of this ecosystem but are focused more on services instead of just on assets.

Crowdsourcing. Internet of Things. Two buzz phrases that are overused and underappreciated. Overused because they cover a variety of activities and companies. Crowdsourcing can mean raising money on a platform like Kickstarter or Indiegogo, and it can also mean getting people together for an impromptu flash mob. Internet of Things can refer to almost any pairing of hardware and software that makes our “stuff” smarter. Under-appreciated because entrepreneurs are making extremely important innovations utilizing these online tools and in these industries.

If this vessel has managed to come back with a “gently touchdown,” imagine the exploits that people can achieve few years from now – today’s technology can make things possible with reusable rockets.

Despite this monumental achievement for SpaceX, it’s not the first time a vertical take-off rocket has landed upright after launching into space this year. In late November, Amazon (AMZN) CEO and “purposeful Darwinist” Jeff Bezos’ private spaceflight company Blue Origin launched its flagship rocket—New Shepard—and brought it back to Earth without the vessel falling in a blazing inferno. SpaceX’s Falcon 9 rocket is more complex than New Shepard: it’s designed to go higher in space – beyond the Karman Line – and at a higher rate of speed.

Crowdfunding is the way of the future

Crowdfunding is significantly growing in North America, Asia, and Europe and it is expected it will have an enormous impact on other businesses and industries as well, in fact, it will be the way of the future. So, watch out for crowd capital to take stage even in emerging countries. Here’s a good read on Forbes.

Crowdfunding may have gained momentum in the mainstream the last few years, but isn’t actually a new, or even a modern, concept. One of the earliest crowdfunded projects welcomes visitors to New York City. The American Committee of the Statue of Liberty couldn’t scrape together a third of the costs, and the Governor Grover Cleveland wouldn’t pay for it. Stuck without a solution, New York World publisher Joseph Pulitzer took to his own newspaper and in a few months raised over $100,000. Today’s fundraising projects may not be as historic as seeing Lady Liberty from New York Harbor, but are nonetheless making a huge impact on the way we do business, support each other, and even impacts our economy. Here’s a look at how crowdfunding is the way of the future and what we’ll see next.

2016 Fintech predictions you should know

Here’s a good read on the future of banking and Fintech, predictions coming from CEOs, CTOs and executives from Mondo, Stripe, Property Partner and Nutmeg.

In 2016, challenger banks will be amongst the first to leverage open APIs to unlock the enormous value of banking data. This trend will shake up the financial industry more than we can currently imagine, enabling new business models and product integrations.

Every person – not just the wealthy – deserves access to the best investment proposition and financial advice, at a fair price, any time of day or night.

Crowdsourcing and 3D-printed cars, a perfect match in production?

Local Motor is known for its innovative ways in utilizing crowdsourcing and 3D printing for vehicles. Here’s a good story of Jay Rogers, the iconoclastic founder of 3-D printing pioneer Local Motors and how he breaks the rules of the car industry.

Local Motors’ plan is to crowdsource vehicles — they will be designed and equipped through community confabs among thousands of car enthusiasts, gung-ho engineers, component suppliers and automaker project managers. The first crowdsourced product arrived in 2007 as the Rally Fighter, a fierce Road Warrior-looking coupe “desert racer,” assembled in Arizona with a Corvette 6.2-liter V-8, Honda Civic headlights and a somewhat slap-dash interior. It retails for $99,900 and is highway-legal.

It’s just a start, Rogers explains, hand-assembled for a few hearty aficionados but mainly a venture to prove that crowdsourcing works for cars just as it works for computer software.