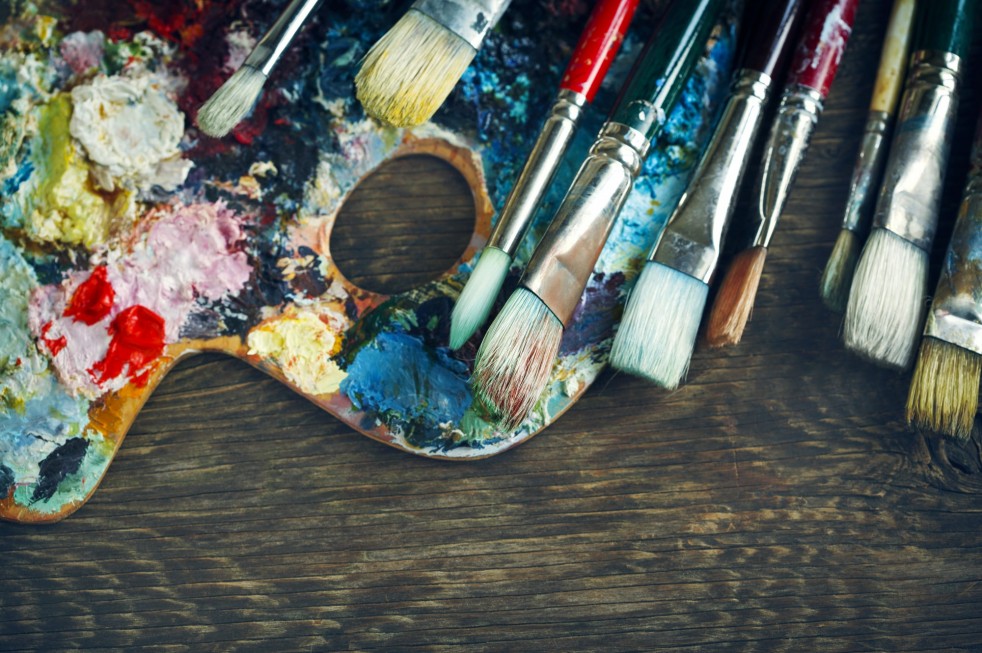 Check out our curated Weekly RoundUP of the breaking and must-read news – the crowd-powered robot painting like da Vinci; saving Twitter through equity crowdfunding; Google Translate and Maps turning to crowdsourcing and more …

For years Twitch has been the social video platform of choice for gamers — a place to chat with fellow enthusiasts, stream play-throughs or watch eSports pros battle it out in gaming tournaments. When Twitch switched on new flavors of programming last fall, millions of art fans tuned in to watch a nine-day marathon of “The Joy of Painting,” the 1980s TV show hosted by frizzy-haired, mellow-talking painter Bob Ross. For the second show, which attracted more than six thousand Twitch viewers, Chen made it easier, allowing viewers to control the robot painter by typing simple x and y axis coordinates. The finished work is being sold via Ebay with proceeds from the auction going to Watsi, an organization that uses crowd-funding to provide medical care to people around the world. The Basel Academy of Art and Design’s “mobile sensory image production mechanism” BNJMN began signing his name to original works in 2013, and E-David (“Drawing Apparatus for Vivid Interactive Display”) started creating visually optimized works of art from the University of Konstanz in 2009. But it was Chen who took the robot art game to the next level of crowd-control creativity.

Alphabet debuts ‘Crowdsource’ to help with Google Translate and Maps

Alphabet (Google’s parent company) has quietly introduced a new app in the Google Play Store and is explicitly asking users to get in on the action to help improve widely used, free services like Maps and Translate. The app, Crowdsource, currently has five tasks: translation, translation validation, map translation validation (i.e., making sure something originally named in Hebrew, Arabic or another language is accurately translated into English on Google Maps), image transcription and (what might be the big piece of news here) handwriting recognition. Once you sign up, you are asked what languages you know. For the sake of testing it out, I added my very rusty French and German to my Spanish and Hebrew skills to see what I would get the chance to do. You are immediately whisked away to both test your knowledge and help Google Translate identify acceptable options for translating individual phrases. It automatically set me on confirming how a French phrase should look when put into Spanish, but you can change the settings if you feel like your German → English or English → German skills would be a better place to start.

Corporate sharks are circling around the platform we love. But there is another way: shared ownership, where the community takes control. More here

There are other possibilities as well. Using the Jobs Act, which now allows equity crowdfunding, a buyout could be funded with small investments from millions of people. Even the US government could step in, recognizing Twitter as a public utility and helping to orchestrate the conversion – just as it has in financing rural electric co-ops since the 1930s, which have become vehicles for broadband expansion today. Twitter’s impending transition need not be, for most of us, merely a time to wait and see. It can be a chance for us to discuss, scheme, and organize. What would be an appropriate ownership design for the Twitter we know and love, and how do we get it there? How can we make sure that the future of the company serves those who depend on it most, who most want see it succeed culturally, technologically, and financially? This could be a chance to make the company better reflect the commons and the community that we have built with its product.

Fundrise was the first firm to launch a crowdfunded REIT last December and the company has jumped out to an early lead in grabbing market share—and naming rights on the eREIT brand. In less than 12 months the firm has raised $90 million across its two REITs, Income eREIT and Growth eREIT. And that fundraising success is attracting a lot of attention in both mainstream investment and commercial real estate sectors. “Today, everyone knows what it means, but most people in the broader commercial real estate industry haven’t really viewed it as on par [with] other traditional financing sources,” says Jenkins. “I believe this is the inflection point where you are going to see that change.” There is a strong pipeline of demand coming from deal sponsors who are looking to use crowdfunding to access debt and equity capital, in addition to interest from investors who want access to institutional quality real estate investments. Fundrise claims to have a 60,000-person wait list of people who have registered online and indicated an interest in investing. In addition, about three fourths of 10,500 active investors on the platform are asking for opportunities to reinvest. “We see the demand now, which is why I say it is that inflection point moment,” says Jenkins.

Smart Favela is an award-winning computer program that uses virtual reality to enable developers to visualize new projects and monitor progress. After taking last year’s Convergence Prize, the software is being utilized by Bordeaux and Paris to assist with city planning, the article says. Missing Maps relies on community volunteers and aid workers to update maps for cities and other communities impacted by conflict. “Mapathons” have been conducted in cities in Bangladesh and elsewhere to fill in gaps in cartography, the article says. Co-City is a crowdsourcing and crowdfunding platform that allows users to suggest ways to improve urban life. The site operates in partnership with Paris, but it’s creator, Guillaume Desmoulins, wants to expand internationally. Desmoulins came up with the idea while interning at the Organization for Economic Co-operation and Development, or OECD. One Heart Spots is a “collaborative platform” that allows people in the developed world to rate businesses and restaurants that have a positive impact on the Global South. For example, users can recommend establishments that emphasize fair-trade and labor rights.