The World Economic Forum is the international, independent organisation behind the celebrated annual Davos event in Switzerland that under the attention of global media draws together 2,500 “business, political, academic, and other leaders of society to shape global, regional, and industry agendas.” And we are amazingly proud that in January 2019 it will include the CEO and CTO of Horizon State, our CSW Global 2018 conference Principal Partner.

Launched in 2000, the Technology Pioneer community is composed of early-stage companies from around the world that are involved in the design, development and deployment of new technologies and innovations, and are poised to have a significant impact on business and society. Horizon State is in very good company. Previous recipients of this hugely prestigious accolade have included Google, Dropbox, Kickstarter, Twitter, Airbnb and Spotify.

Horizon State is one of 61 early-stage companies from around the world that the World Economic Forum has recognized in 2018 as Technology Pioneers, spearheading new technologies and innovations that the world’s political leaders and other makers and shakers should be aware of. The Technology Pioneers were chosen by a selection committee of more than 60 academics, entrepreneurs, venture capitalists and corporate executives. The committee based its decisions on criteria including innovation, potential impact and leadership. 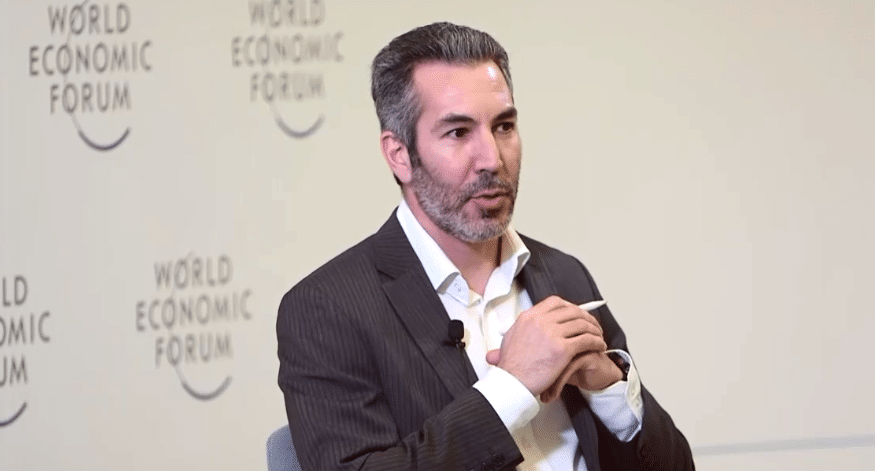 “It’s an incredible honor to be acknowledged as a Technology Pioneer by the World Economic Forum”, said Horizon State’s co-founder and CEO Oren Alazraki. “It is recognition that our technology has incredible potential to revolutionize community life around the world by offering organizations a new way to engage people, collaborate and deliberate on the shared matters that affect us all. We are truly honored at the opportunity this global recognition provides us.”

In total, the 2018 award winners come from Bangladesh, Brazil, China, India, Indonesia, Kenya and Morocco, as well as Australia, Canada, France, Germany, Israel, New Zealand, Sweden, Switzerland, the United Kingdom and the US. The range of their pioneering breakthroughs encompass the use of artificial intelligence in drug discovery, the development of autonomous vehicles, advancing cybersecurity and reducing food waste, and – in Horizon State’s case – applying blockchain to a decentralized engagement platform.

Through providing a tamper-proof voting system based on blockchain technology that can be accessed via a web app, Horizon State has built a token-based voting and decision-making platform that delivers unprecedented trust through the integrity and post-unforgeable attributes of distributed ledger technology. Horizon State delivers a secure digital ballot box that cannot be hacked, in which results can never be altered, and voter identities are protected. As Oren Alazraki puts it, “we enable every voice to be heard, not just the loudest voice.”

Horizon State used crowdfunding in Australia in 2017 to raise over $1m and are already working with the Sumatra provincial government in Indonesia and the Democratic Party of India. The DPI will canvas opinions among their 3.1 million members on issues prior to creating a manifesto to take in to next year’s national elections in the biggest democracy on the planet.

This isn’t an award to just frame and hang on the wall. All this year’s award winners have started an exciting two year journey that began at the World Economic Forum Annual Meeting of the New Champions 2018 in Tianjin, People’s Republic of China, on 18-20 September. They became part of the Forum’s initiatives, activities and events, bringing their cutting-edge insights and novel perspectives to world-critical discussions. Several of them will also participate in the World Economic Forum Annual Meeting 2019 in Davos-Klosters, Switzerland, on 22-25 January. This will include both Oren Alazraki and Horizon State’s CTO and co-founder Nimo Naamani.

Horizon State’s CEO Oren Alazraki is a speaker at our CSW Global 2018 conference in Washington D.C. running 24-28 October. He is presenting in two sessions: “Applying Agile Governance in a Decentralized World” and “Accountable Leadership in a Decentralized World”.  A full conference agenda is available here and some tickets remain available, including a Team Pass of three tickets for $995. Come and hear Oren and more than 60 other international and domestic US speakers, and meet the CSW team and many of our North American community.