Jokers In The Pack 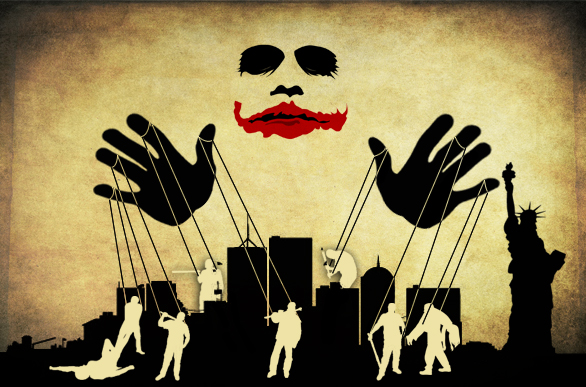 In Christopher Nolan’s Dark Knight, the villainous Joker uses crowds to facilitate anarchy.  He crowd sources his rebellion via a twisted yet innate understanding of the collective. That it fails is a function of how the culture of popular commerce feels guilty about any social deviation.

The evil shall not succeed and even the Dark needs to be a Knight. Yet, until the annihilation of the metaphorical Gotham City is avoided, each one of us holds our breath. Our acumen of the world we live in assures us that someone would press the panic button.

Even as crowd sourcing platforms mushroom around us, some would succeed and most will fail.  The jokers in the pack have an innate understanding of the crowd they’re going after.  Kickstarter.com, Kiva.org are the ones who come to mind immediately.

From Crowdsourcing platform as a brand point of view, a pen sketch of the crowd is important. Ayn Rand’s popular phrase “Collective Soul” comes in handy when applied literally rather than with an egoist context the book (The Fountainhead) itself presents.

The Target group principle of marketing is adapted to Target Aspirations. Thereby suggesting, that to  build and sustain a user base, we need to apply principles of community building far more than merely mainline advertising.

Is my crowd philanthropic? Is it opportunistic?  Skilful/creative maybe, or is it Ambitious? Could it be a combination? Often.

As the space gets crowded, local and rich, the answer to this fundamental question and a Joker like understanding of your crowd can help you erect a brand amongst crowdsourcing products.