While the tech world has its eyes set on ICOs – the funding frenzy of 2017 – an often overlooked currency seems to be shaping the way forward for tech giants. Trust is the most important currency and shouldn’t be ignored by individuals and organizations.

Early in 2017, Satya Nadella, the CEO of Microsoft, declared that “companies grow with the speed of trust” and why it’s crucial to empower people.

The Nordic region is regarded as a world leader when it comes to social trust among its population however the future of social trust in society is not determined by fate; in many ways, it lies in the hands of politicians and other decision-makers. Let’s look at some of the areas how trust can be measured and the platform that is harnessing these trust points.

We’re living in a trust crisis

Looking back at major events of the last decade such as the financial crash, war in the Middle East and the European immigration crisis it is evident that they have contributed to the ongoing trust erosion in society. Political turmoil surrounding Brexit and a chaotic American presidency underpin this. 2017 was indeed declared the year of the trust crisis by Edelman’s trust barometer.

Citizens, customers and users have low and declining levels of faith in governments and corporate organizations and seek to find trust in other relations. After all, as human beings we’re programmed to project trust to feel part of something. According to Pew Research, in countries where trust is high, crime and corruption is low. Businesses with a healthy reputation perform better and hire better talent. Leaders who are perceived to be trustworthy are deemed more successful. So if organizations can harness trust they have a lot to gain. But how can you or your business use this intangible concept to your advantage?

Show it, don’t tell it

However, trust is not about telling, but rather showing. If you need to say you are trustworthy it doesn’t really work. After Uber’s ban in London their newly appointed CEO, Dara Khosrowshahi, published a formal apology citing that the company acknowledges they need to change after facing scrutiny over passenger safety, not adhering to legislation and sexual harassment internally. The letter is a clear statement that many of their stakeholders have lost trust in them. This comes after publishing their “180 days of change” plan committed to improving conditions for drivers. Taking tangible actions and acknowledging mistakes is a vital first step towards regaining public trust.

Trust erosion as a catalyst for the P2P economy

Trust erosion has sparked a growth of P2P economy, making trust an ever more complex notion. Any online mediated transactions are governed by peer-reviewed reputation between individuals. If I have a positive experience sharing my car, my surfboard or my apartment with you, I will express this with a 5-star rating; likewise if my experience is equally negative, you will receive a lousy 1-star assessment.

What is easily forgotten is, however, that before the sharing transaction takes place, the individual undergoes a long process of assessing the trustworthiness of the forthcoming relationship. This process can be divided into three stages. Let’s take a closer look at the three level trust process:

The first level of trust that needs to be fulfilled is to accept the concept of sharing. So if an individual is looking to book – let’s say accommodation – they would have to accept that staying in a private home is a viable option over booking a hotel or rental apartment facilitated by a professional leisure company. How much do you want any of the services of a front desk concierge, bathroom toiletries, a fire exit or the reassurance of licensed, inspected premises? The trust which this decision involves can be motivated by several factors, closely related to the general sharing economy motivators; financial, experience, environmental and social. Unlike the next two levels, this is hard to systemise.

If the guest accepts the premise of staying in a shared home, the second level deals with the trust felt towards the companies facilitating the transaction. Should the guest choose Airbnb, Love Home Swap, VRBO or the early stage startup like GoGo Places? Which company is better at making the guest feel safe if something goes wrong i.e. Does the company have insurance? What is their procedure for emergencies? Do they appear professional? This trust level is also heavily influenced by what others say about the company. For the travel and accommodation this includes industry sites like TripAdvisor, hotels.com and Hostelworld. In addition, several government bodies are exploring the introduction of an official trust mark for sharing businesses, to support the consumer’s choice.

It’s particularly interesting to observe the increasing importance of trust between individuals. For sharing economy interactions, the experience is dependent on the third level of trust between peers. So, if a guest decides to book through Airbnb, the choice of host will depend on the perceived trust of that individual. Several factors are at play, including communication, mutual connections, profile picture and, most importantly, reviews from previous guests. The peer-to-peer reviews will become an even more integrated part of our lives in the near future and include industries such as insurance, banking, recruitment, and many others.

The three level process is valuable to understand because if any of the trust levels are not fulfilled, the transaction will not be completed. As a business, whether a sharing economy startup or an incumbent company, you have the opportunity to build stronger trust relations with your customers and users than your competitors or disruptors.

In order to talk about Trust as currency for your business, it is key that trust should be an integral part of any company’s DNA: ensuring reciprocal trust from the consumer – particularly in sharing economy marketplaces and especially in leveraging the opportunity to assess the third level of peer trust, since this is what makes the difference when creating a good experience.

The Nordics are leading the trust evolution

Christian Bjornskov at Aarhus University reviewed empirical studies and calculated that an increase of ten percentage points in social trust can be expected to increase economic growth in a country by half a percentage point. Trust is not a natural resource as such, but something that grows over a long period through several interacting societal processes. The economist Lars Calmfors has examined what distinguishes Sweden, Norway, Denmark, Finland and Iceland from other countries around the world. One key aspect is that four of these five countries enjoy the highest levels of social trust in Europe.

One significant explanation for high social trust in the Nordic societies, and one that has had a positive effect on the economy, is that the state works in a transparent and fair way, with a high degree of integrity, which generates positive effects. But how can we apply these insights to a business context?

When it comes to trust in the digital context, platforms like Deemly based out of Denmark is doing just that. Deemly builds a trusted community with a reputation index and social verification tool for P2P marketplaces and sharing economy businesses. They are enabling your users to drive more activity on your platform by allowing them to bring their reputation from across the web directly on to your platform.

The questions is: Who can you trust? Rachel Botsman’s new book explains a huge shift in patterns of trust from institutions to individuals. What could the consequences be as we rewrite the rules of this new paradigm shift we are facing. How technology brought us together and why it might drive us apart. We are at the tipping point of one of the biggest social transformations in human history.

Join me at our new edition of CSW Arctic // Europe 2018 during 20-24 March in Sweden to learn and connect with real practitioners in crowdsourcing space. 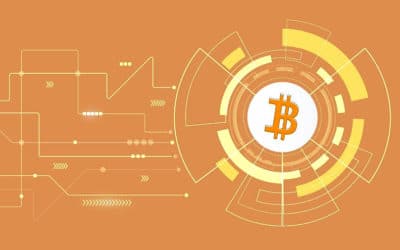 What Problems Does Bitcoin Solve?

Bitcoin’s halving, its third, on May 11 2020 put it back in the news - as if it’s ever far away - and means Bitcoin miners now receive 6.25 bitcoins. We decided to use this event as an opportunity to remind ourselves of the fundamental tenets of this cryptocurrency... 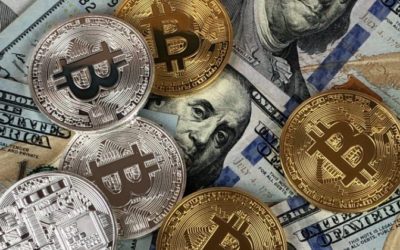 Cryptocurrency in the Time of COVID-19

The global threat of COVID-19 has crippled the travel and tourism industries, tested the world’s capacity to respond to massive and rapidly growing healthcare challenges, and forced many other industries to adapt to the times lest they sink under the weight of “the... 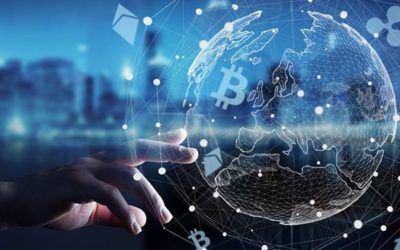 Cryptocurrencies are massively disrupting the financial sector. This time last year we witnessed something amazing for the first time in history: people became aware of cryptocurrencies at large and started actively buying them, resulting in massive price jumps in...