Using the Crowd to Predict 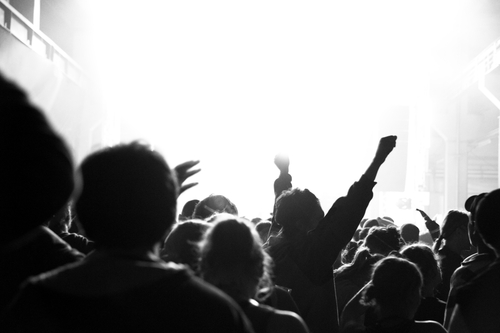 One of the earliest scientific understandings of the crowd came from the  brilliant Francis Galton. According to his Wikipedia entry Galton was an English Victorian polymath, anthropologist, eugenicist, tropical explorer, Geographer, inventor, meteorologist, proto-geneticist, psychometrician, and statistician.

This was quite common back then, when the sciences weren’t as specialized as they are today, scientist were exploring every faucet of science with equal vigor and excitement. I’m not too sure what a proto-geneticist is, but we should that good ol’ Francis was a statistician, because otherwise he wouldn’t have discovered one of the earliest indicators of the ‘wisdom of crowds’.

Further into his Wikipedia entry we see that:

In 1906, visiting a livestock fair, he stumbled upon an intriguing contest. An ox was on display, and the villagers were invited to guess the animal’s weight after it was slaughtered and dressed. Nearly 800 participated, but not one person hit the exact mark: 1,198 pounds.

Galton stated that “the middlemost estimate expresses the vox populi, every other estimate being condemned as too low or too high by a majority of the voters”, and calculated this value (in modern terminology, the median) as 1,207 pounds. To his surprise, this was within 0.8% of the weight measured by the judges. Soon afterwards, he acknowledged that the mean of the guesses, at 1,197 pounds, was even more accurate.

The fact that the average and median were so close (just 10 pounds apart), not only proves that crowd is actually quite smart–but also that the crowd is almost a conscious being unto itself. If the average and median were far apart, that would merely lead us to a conclusion that somehow the answers were randomly generated. If you wrote a computer program to randomly generate some numbers, it’s unlikely the median and average would so close, but if you were given 10 guesses to guess the weight of a ox, then you’d expect that median and average of those 10 numbers WOULD be close. I’m continuously amazed at this fact, that collectively we can be smarter than the smartest of us.

There were of course a few critics of the results, most of which claimed that measuring the weight of a ox was actually a common thing back then. That livestock fairs often include–experts in livestock, and to these experts it was obviously a trivial matter to guess the weight of ox since they’re livelihoods depended on it. So rather than vox populi, we had vox expertorum. Others have fought back, saying that even at a Livestock fair 800 is far too big a number for all of them to be experts, and that no one expert was as close to the accurate answer as the average. From what I gather, Galtons data did not include the profession of the guessers and hence we would not be able to tell conclusively whether they were indeed experts of just a general livestock-ignorant layman.

Fortunately, the BBC did a similar investigation into the phenomenon of wisdom of the crowds and came up to a similar conclusion. In it, the they went around a common office-block with a jar full of jellybeans, and asked 160 people how many jelly beans there were in the jar. The answers were mostly wrong, so wrong that they ranged from as little as 400 to a mind-boggling 50,000. It’s of course difficult to guess the correct number since of course I’m guessing very few of us are experts in the field of counting jelly beans in a jar. So obviously this was a case of vox populi, and definitely not vox expertorum, but what did the results say?

The average answer from the participants was 4,514–the correct answer was 4,510.

That was an amazing result, and the fact is we’ve seen this plenty times. For a more mathematically savvy, nerdy and geeky analysis of the data, check out this numberphile video that really explains the wisdom of the crowds. The reality is that in these very simple guess-type questions, Crowd predicting works pretty well.

But how about the more in-depth questions, questions that rely on more variables than a simple jelly bean counter? How about predicting the the value of a stock or the box office revenue for a new Hollywood movie? That’ll be in my next post.