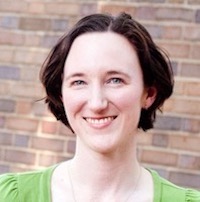 Dr Carrie Seltzer got her start in Citizen Science in 2009 with a pilot project to study bees in Chicago. After finishing her Ph.D. in Biological Sciences from the University of Illinois at Chicago, she jumped at the chance to be a Program Manager for Citizen Science at National Geographic. She worked to engage National Geographic’s global audience in observing biodiversity and collaborated closely with the National Park Service to organize species inventories called “BioBlitzes” with the general public.

From 2016-2018, she was an American Association for the Advancement of Science (AAAS) Science & Technology Policy Fellow at the National Science Foundation. During that time, she co-founded the Crowdsourcing and Citizen Science Affinity Group that organized a symposium on Community-Driven Citizen Science in Health and the Environment. At the National Science Foundation, she worked on open data policy for an international program focused on stakeholder-driven research.

Since February 2018, Carrie has been Stakeholder Engagement Strategist for iNaturalist, a social network for naturalists and citizen science platform for biodiversity. iNaturalist is supported by the California Academy of Science and National Geographic. She can be found in Washington, DC, exploring urban nature and turning her photos into useful scientific data with iNaturalist.

09:30  -  17:00
National Air and Space Museum, Address: 600 Independence Ave SW, Washington, DC 20560, USA; Darcy Washington DC Hotel, Address: 1515 Rhode Island Ave NW, Washington, DC 20005, USA
We use cookies on our website to give you the most relevant experience by remembering your preferences and repeat visits. By clicking “Accept”, you consent to the use of ALL the cookies.
Cookie settingsACCEPT
Manage consent