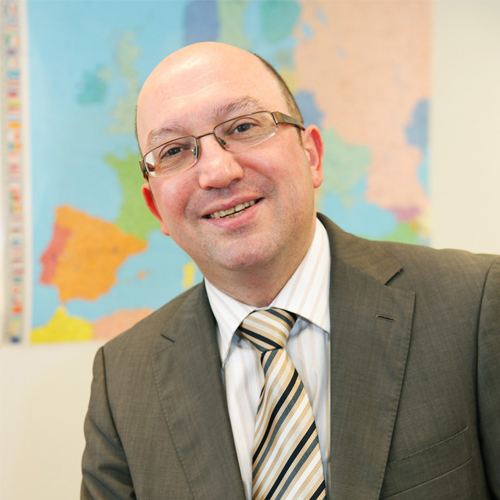 Joost Vantomme has over 20 years’ experience in legal, regulatory and public affairs. He served telecommunications and postal incumbent operators as legal and regulatory/public affairs director, combined with leading policy making roles in European associations such as PostEurop and FEDMA and at UN level (UPU). He was influential in the EU telecoms and postal reform as well as in a number of national regulatory reforms.

Joost was also Director at the EU consultancy Hill+Knowlton Strategies and is frequent speaker at conferences and academic audiences.

Joost is author of a large number of papers on regulatory policy topics in electronic communications, postal services, transport and e-commerce services. He became director of public affairs at FEBIAC since November 2014.

FEBIAC is the Belgian Federation of the automotive industry. Joost holds a Master in Economic Business Law, a Master in Law and a Diploma in Teaching Law (Universities of Leuven, Poitiers and Louvain). He is fluent in Dutch, French, English and German.

10:20  -  10:40
Chancellery Auditorium
We use cookies on our website to give you the most relevant experience by remembering your preferences and repeat visits. By clicking “Accept”, you consent to the use of ALL the cookies.
Cookie settingsACCEPT
Manage consent