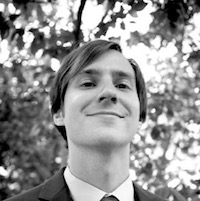 Joshua Schlieder is a Research Astrophysicist at NASA’s Goddard Space Flight Center in Greenbelt, Maryland. His research focuses on low-mass stars near the Sun and the exoplanets they host. These stars, the red dwarfs, are small, cool, low-mass, and comprise 75% of all stars in the Milky Way.  Josh co-leads a large and successful collaboration to identify, validate, and characterize exoplanets on close orbits around low-mass stars from K2, the re-purposed Kepler telescope. This endeavor includes the work of citizen scientists through the Exoplanet Explorers project, hosted on the Zooniverse platform.

Josh is currently developing plans for low-mass star exoplanet research using NASA’s latest planet hunter, the Transiting Exoplanet Survey Satellite (TESS), which launched from Cape Canaveral on a SpaceX Falcon 9 in April 2018. The flood of data from the TESS mission will present new opportunities for citizen scientists to participate in the search for exoplanets. A comprehensive view of exoplanets orbiting red dwarfs will provide insight into how planets, including those that may be habitable, form and evolve around our closest and most numerous stellar neighbors.

Exoplanets for the Masses: Crowdsourcing the Search for New Worlds

09:30  -  17:00
National Air and Space Museum, Address: 600 Independence Ave SW, Washington, DC 20560, USA; Darcy Washington DC Hotel, Address: 1515 Rhode Island Ave NW, Washington, DC 20005, USA
We use cookies on our website to give you the most relevant experience by remembering your preferences and repeat visits. By clicking “Accept”, you consent to the use of ALL the cookies.
Cookie settingsACCEPT
Manage consent