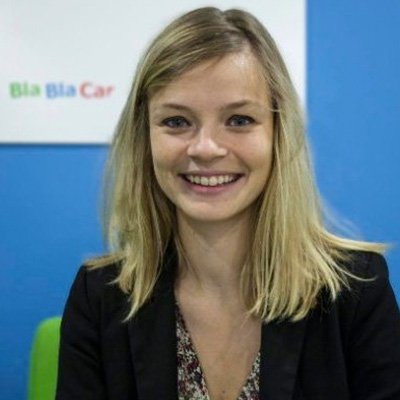 Shana Smeets is currently Country Manager Benelux for BlaBlaCar, the innovative start-up in the transportation sector that offers an alternative for city-to-city travel. BlaBlaCar is the world’s leading ridesharing community with more than 30 million members in 22 countries. It connects drivers with empty seats and people traveling the same way, to share the ride and share costs. BlaBlaCar started in 2006 as a startup in France. Due to the rising popularity, BlaBlaCar quickly expanded to neighbouring- and large countries throughout Europe, as well as to countries as Mexico, Brazil and India. BlaBlaCar opened its office in Amsterdam in May 2016, with a dedicated local team on the ground, they are currently increasing their impact on the Dutch and Belgian market. Shana started working for BlaBlaCar in 2013 as Associate Marketing Manager, and was promoted to the Country Manager role in 2014. Shana was born and raised in Belgium. She holds a Master Degree in Strategic Communication and Organisation and Management from the University of Antwerp.

16:20  -  16:40
Chancellery Auditorium
We use cookies on our website to give you the most relevant experience by remembering your preferences and repeat visits. By clicking “Accept”, you consent to the use of ALL the cookies.
Cookie settingsACCEPT
Manage consent