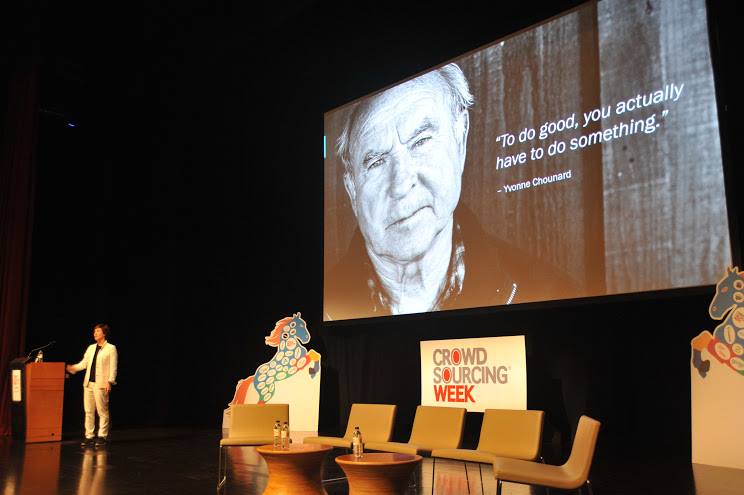 “Does the crowd economy work?” – if this question was running through the minds of attendees at CSW Global 2015 the response was a resounding “yes”. The conference finished on a high note with high-caliber speakers and crowd economy influencers sharing amazing insights and crowd economy-focused content in one of the most-talked about global platforms for innovators, c-suites, entrepreneurs and start-ups.

In its 3rd edition, the 5-day conference has been an eye-opener for hundreds of attendees and speakers from all over the world on how the 14 parts of the crowd economy has disrupted the traditional systems and facilitated the progress of open business models:

I believe Epi Ludvik Nekaj, CEO of Crowdsourcing Week, summed up the mood when he described the 5P’s of the Crowd Economy and said, “crowdsourcing disrupts businesses because there is value there,” and “it’s a global movement.

Here’s a rundown of the 15 must-read takeaways from the CSW Global 2015.

Looking for brilliant ideas? You can’t find them on Google search engine or any platforms. They’re inside peoples’s heads. Organizations should start betting on people. With the crowd, solving a problem and creating valuable and meaningful experiences for customers and stakeholders can lead to amazing results. There’s a big shift happening, from ownership to access and sharing mindset, how can businesses take advantage of this changing consumer behavior?

It is not just the hottest startups in Silicon valley that are seeking the crowd economy. Take a peek on the other side of the globe if you’re in the North America. The most populous countries are located in Asia and have more people living inside this region, than outside of it. Though crowdsourcing has been tremendously adopted and replicated in the west, it’s not only moving eastward, but turning into global movement. The CSW Global 15 conference was an eye-opener as speakers from around the world shared the current state of crowdsourcing and crowdfunding in their respective countries.

What’s the next BIG idea? Will it come from Apple? Google? Amazon? or Crowds? Our bet is on the people. Big ideas come in dire need of solving a problem that has the potential to grow over time – like a snowball effect. As JJ Chai Managing Director of Airbnb Southeast Asia and India recounted,  the founders didn’t intend to disrupt hospitality, they simply need to pay the rent. The big players in the crowd economy made it on top with their simple, yet solution-oriented big ideas.

Despite deep technological advances in the collaborative and on demand marketplaces, that have all gone digital, ways of reimbursing your crowd or community is still in the stone age with the crowds taking the hit with high fees and transaction costs. The new economy demands new cross -border payment infrastructure that is painless, seamless and fast. According to Rao, freelancers and the un-collared workforce will seek platforms offering efficient payment options that can tilt competitive advantage to platforms ready to revolutionize payouts.

#5 “The richest 1% will own more than the rest of the world in 2016. Where would your company be? The untapped role of people, not technology, is what will build the crowd economy and create a better world. – Reinaldo Pamponet, Founder, It’s Noon

How can we democratise the suppressed and controlled wealth? According to Oxfam, the richest 1% will own more than the rest by 2016, and let’s face reality: the unequal distribution of wealth and world resources is escalating; it’s high time to wake up and participate, be part of this global movement – how can businesses today maximise the 5P’s? What would the next companies look like? Will they help the rich 1% unknowingly to get richer or bet on the crowd’s ability to democratise and disrupt old systems? Reinaldo would like to see this generation participate in this global movement – to create a better and fairer world, an open and transparent system for everyone to enjoy and thrive.

We can learn a lot from online communities – there are literally hundreds of websites that help us become more productive than before, whether we want to learn how to code (try Codecademy), learn a new language or get fresh ideas for co-creation and branding of a company. All this has become possible as the crowds became initiators of uploading content and their expertise – they want to be involved in any way. How do we tap this potential?

#7 Crowdsourcing demands certain attitudes. “We need to get people into the culture of learning.” – Cade Tan, VP, Culture and Partnerships, DBS Bank

Learning is a lifelong process. For early adopters and advocates of crowdsourcing, this would require them to spend more time teaching the new adopters to understand how it operates, its benefits, pitfalls and challenges of shifting to a more open, collaborative, and transparent economy. To build a culture of learning is a two-way process where there is willingness in both parties – the educators and learners – in exploring the nooks and crannies of crowdsourcing in various sectors and its implications to regulated entities like banks or even to communities who are not digitally knowledgeable

#8 “Asia on the way to using crowdfunding as a powerful fundraising tool. Crowdfunding is no longer a novelty.” – Leo Shimada, co-founder & CEO, Crowdonomic

Leo Shimada delved into the Asian context of securities crowdfunding and showed the current major players like AngelList, JD.com, OurCrowd, and P2P/Debt crowdfunding platforms like Lending Club and Lufax – these platforms are changing the competitive mindset and obviously, what was once known as novelty is now morphing into a powerful financing tool in Asia. Guess what’s Asia crowdfunding power house? The Dragon is awake and ready. China dominates in scale and South East Asia is the breakout region in growth!

#9 “Today, with the crowd and transparency, now is a wonderful time to be a journalist.” – Maria Ressa, Editor-in-Chief, Rappler

Maria described what comprises of a true social news network – professional journalism, technology, and wisdom of the crowds – there’s an intersection of social media, crowdsourcing and big data. In this age of open and digital-powered economy, anyone can make an impact online. With a smartphone or tablet in our hands, anyone can be Anderson Cooper or Gao Yu in just a few snaps and uploads of data today.

We’re living in a remarkable period of innovative disruption unlike the world has ever seen said Willix Halim. As we crunch the numbers of the world’s population – 7 billion, and 60% of it – 4.2 billion crowds are yet to come on Internet! Imagine if these people will be empowered, trained, and educated on how they can utilized the Internet to build better and open paradigms. 4.2 billion ideas unleashed, and we all know what we are experiencing right now is just the tip of the iceberg as crowdsourcing is becoming a global movement.

#11 “India’s crowds have yet to be sourced” – Osama Manzar, Founder and Director, DEF, India

More than a 1.2 billion brilliant minds waiting to be tapped. Imagine the potential and the possibilities. Osama’s presentation threw light on the knowledge rich but access poor population that make up 70% of India. How can we connect you and hear these voices? Many organizations like Digital Empowerment Foundation are working to get communities online so they can avail the full benefits of the connected age and the Internet can have access to their knowledge.

#12 “Why do teams compete? Not just for the money but to be the first in a new industry.” – Zenia Tata, Executive Director, Global Expansion, XPRIZE

Can crowds help source radical innovation? Zenia Tata and XPRIZE cite history and the inventions in space and aviation that changed our world forever. But are crowds motivated enough to give us the next breakthrough we need – to solve the water crisis or energy problems, healthcare access and more. Zenia Tata gave us the inside story on how prize competitions can encourage individuals to supply radical solutions for our our most pressing issues.

#13 “Economy of scale is being replaced by the economy of platform” – Samar Singla, CEO, Click Labs

In a fantastic talk, Samar Singla of Click Labs talked about how ownership was giving way to access and digital platforms are connecting demand and supply bypassing traditional infrastructure. Crowdsourcing in enterprise has emerged as a powerful force in transforming and scaling crowd applications as businesses come out with non-traditional offerings.

How is the sharing economy thriving? As we delve deeper into sharing mechanisms and the mindset of the people, we find that trust and reputation go hand in hand. Thanks to the emergence of the sharing and on-demand economy, people are accepting alternative criteria for trusting counterparts on a digital platform. People value their online reputation and self-regulation has become a pillar of these new collaborative interactions.

#15 “The next billion dollar opportunity is not India or China, but women” – Babou Olengha-Aaby, Founder & CEO, The Next Billion

Women entrepreneurs have fewer access to funding, resources and networks yet have a much higher success rate. Babou wants to turn this situation on its head and create a one-stop crowdsourced shop for women to seek talent, funding, evangelists and skills they need to succeed at business and entrepreneurship. Ambitious? Babou wants to scale the platform offering to raise a billion dollars for women -owned businesses by 2015!

Did you attend CSW Global 2015? What was your favorite takeaway? Please share it in the comments below.

Priti Ambani is the Global Media Director at Crowdsourcing Week, a thought leader and prominent writer on social and environmental enterprises, start-ups and Web 2.0 businesses. As the Director and Managing Editor of Ecopreneurist, Priti has been instrumental in growing the site into a notable social business resource.Specializing in her ability to work with impact organizations from the ground up, Priti has developed successful business and communications strategies for fledgling start-ups, social and environmental enterprises. She also serves as a sustainability consultant at GreenDen consultancy and advises on CSR and the triple bottom line. Priti is a Professional Engineer and holds a Master’s degree in Biological Resources Engineering from the University of Maryland, College Park. 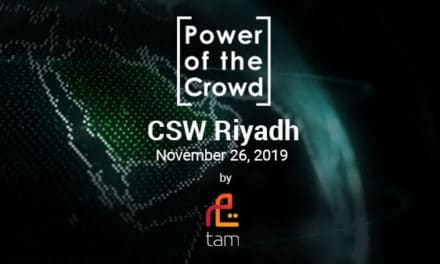 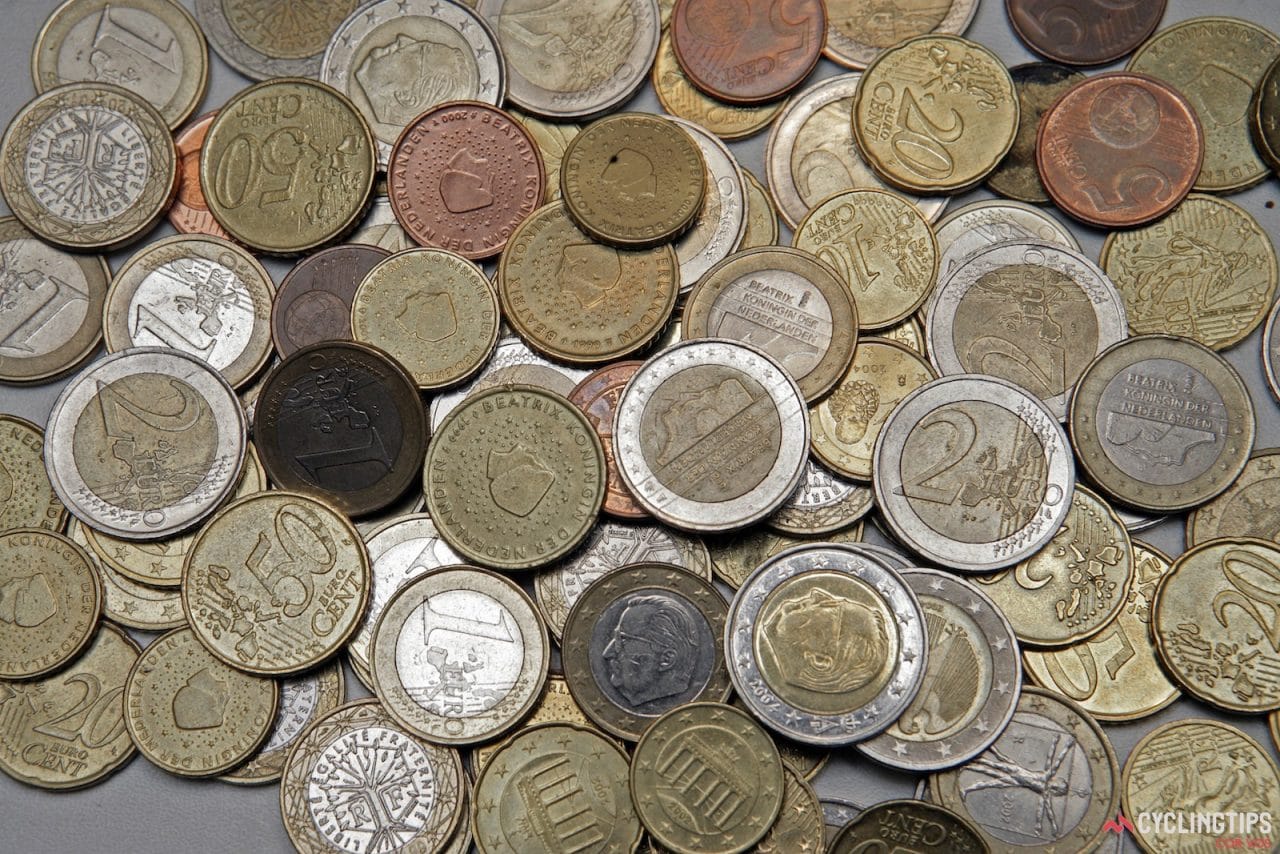