Banks in a Blockchain Future 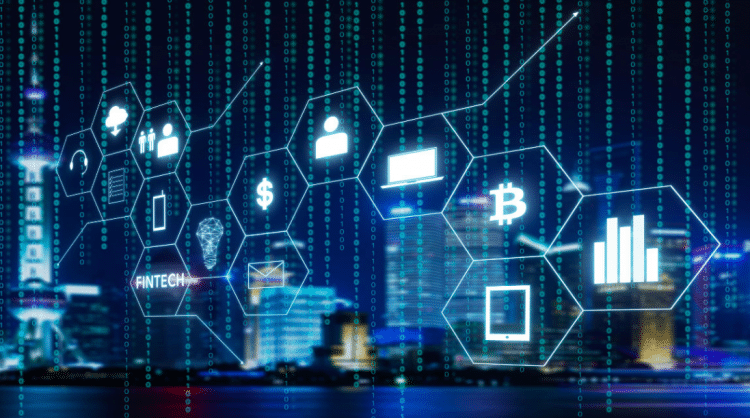 The banking industry has always been perceived as a bedrock of economic stability, but it is experiencing disruption at an increasing pace. A sea change in finance is being driven by technology, which is both expanding service capabilities and reshaping client expectations. Traditional banks still see themselves as fortresses for client assets and may equate open banking with less security. Yet the challenger neobanks that use the most up-to-date tech claim an advantage; for them, the security of customer data has been factored in from day one, not added later. 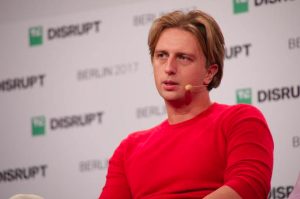 The UK witnessed a fiasco this year as retail bank TSB suffered an IT meltdown costing it £175m in lost business and compensation to many of its 2 million customers, let alone reputational damage. TSB has existed in various guises since it first started back in 1810. By contrast, UK fintech newcomer Revolut started in 2016 and it also has about 2 million customers – and is growing fast. TSB’s systems couldn’t cope with an IT upgrade and a switch to a new computer host, Revolut offers a debit card that can handle transactions in 150 currencies. It’s not hard to see which direction the sector is heading.

Witnessing these trends on the supply-side of banking services, and whereas each bank once stood as an independent and unchanging edifice, both the traditional financial institutions and less-traditional fintech firms have begun to understand that collaboration may be the best path to long-term growth.

On the customer demand-side, one of the major problems with banking is the lack of transparency with much of the industry clinging to antiquated ideas and practices. No matter how many regulations are implemented to make banks seem more approachable, depositors, investors, and shareholders have no idea what happens with their money. Banking has thus long been overdue for a makeover, and the new wave of digital technologies could change the way organizations deliver banking services.

Artificial intelligence (AI), open banking platforms with application program interfaces (APIs), and robotic process automation (RPA) are changing banking as we know it. But one technology outshines the rest: blockchain. Blockchain technology is a method of encrypting every type of transaction to protect the integrity and identity of all parties involved. Banks are already finding ways for blockchain to solve problems within their current infrastructure. Today, blockchain is no longer limited to cryptocurrencies like bitcoin; it is an immutable ledger with a single version of the truth of each transaction.

The real question now is how future banks will adapt to blockchain once it becomes ubiquitous. 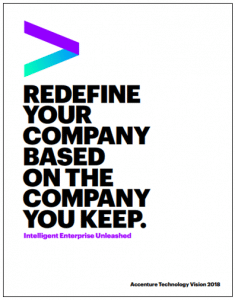 According to a study conducted by Accenture, more than half of top managers think that blockchain will be integral to the success of their companies in the near future. Accenture analysts found that by implementing blockchain, the world banking sector could save up to $20 billion by 2022. Blockchain technology is poised to improve customer experience, streamline product features, and reshape market structures throughout the global economy. Ultimately, blockchain will create a more trustworthy exchange of goods, services, and real assets, at much lower costs.

As the technology matures and the industry learns to accept it, blockchain will disrupt most aspects of personal banking, including payment, client identification, loans and credits, insurance, and mediation:

Blockchain-based IT environments could challenge the status quo of independent back-office infrastructures, so heavily invested in over the decades. Now, initiatives based on blockchain infrastructures will require collaboration between incumbents, start-ups, and regulators to define standards and regulation governance, argues the World Economic Forum.

The growth of financial technologies like blockchain is a wake-up call to legacy organizations to figure out how they will retain the most important components of their existing banking relationships. In its latest report, professional service provider PwC found that 88% of traditional banking organizations fear losing revenue to fintech companies in such key areas as payments, money transfers, and personal loans. 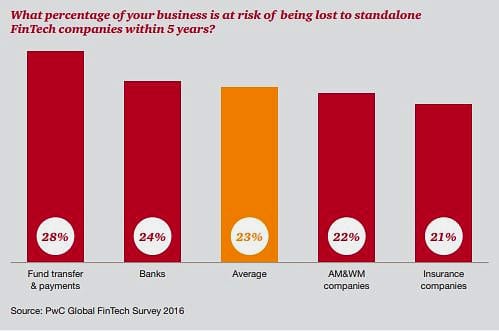 Beyond the provision of personal banking services to retail customers, there are also macro considerations related to overall money supply. The multiplier effect is the expansion of a country’s money supply that results from banks being able to lend. The size of the multiplier effect depends on the percentage of deposits that banks are required to hold as reserves. In other words, banks use deposits to back far higher values of loans and then receive repayments with interest, thus creating new money.

How does blockchain change that? Let’s examine cryptocurrencies loans, such as Bitbond. Borrowers get small business loans quickly and easily, while investors enjoy profitable interest rates. Such services, when using blockchain technology, create a global market for small business loans. This is something that wouldn’t be possible in the conventional banking system because payment transactions would take too long and would be too expensive. Platforms such as Bitbond link-up lenders to borrowers; checks the credit-worthiness of borrowers; and facilitates the exchange and transfer process. The lender has a higher interest rate than keeping their money in the bank, and the borrower pays back the money at lower interest rates than they would a bank loan.

The benefits of a well-thought-out, methodical, sustained approach to implementing blockchain in banking processes are clear, at both micro and macro levels. The question that remains is, will the banks of the future grow with the evolving technology, or remain resolute and be left behind?

Do you have any personal experiences of using new banking service providers you can share with the Crowdsourcing Week community, either good or not so good?