What Can Crowds do Against Manipulation of and by Governments? 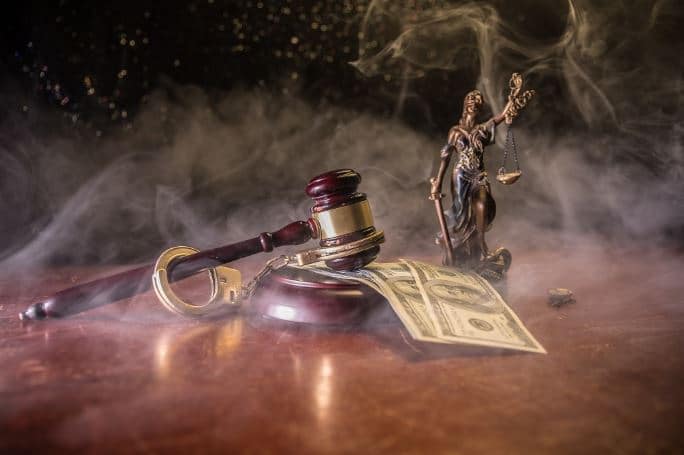 This is the third in a series of articles covering parts of the book I am writing about possible solutions to modern democracy’s challenges. Join the discussion so we can use the power of crowdsourcing to build on ideas and make them better.

Government touches everything in society. Many entities therefore try to influence government, and also government often interferes with allegedly independent parties as well. This article explores a few examples each way, zooming in on the influence of companies on government and of governments interfering with the judiciary and media, whilst suggesting possible solutions. Be a contributor with your views/ideas and you may be mentioned in the book when I come to wrap it up.

In countries where regulations around campaign donation caps are not too strict or non-existent, an election can easily become a foregone conclusion for the richest candidate.

Money buys media exposure, so donations are crucial in many countries. The more exposure – the more chance to convince people of your standpoint – the bigger the odds of winning their vote.  Hence, a large portion of a politician’s time and effort is spent on collecting funds to keep their seat or win the next election. It’s time and effort he or she could better spend on effective governing. 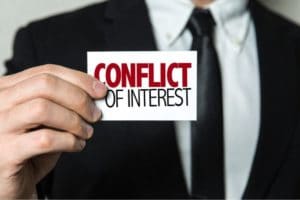 The largest donors are usually commercial entities. This way, companies can make a candidate dependent on their funds and in a way “buy” their favoritism in policy making.

In Czech Republic for example, a country with no limits on contributions, nor spending levels, a study by Vitezslav Titl and Benny Geys (University of Brussels) showed that each additional dollar of donations results in about $100 increased revenue of public procurement contracts obtained by the donating firm in the following year.

Consider the influence the pharmaceutical industry is likely to have in the US, with a lobbying budget of $283 million in 2018 alone, or the European financial industry in Brussels, spending more than €120m per year on lobbying. Not all of these groups have the best interests of citizens in a society at heart.

Is it a coincidence that a bill for increased background checks on gun buyers in the US has been stalled by the Senate since February, whilst the NRA spent $1.6 million in the first half year on lobbying members of Congress? In the same period nearly 9,000 people were killed by gun violence and well over 200 mass shootings took place; El Paso and Dayton are the latest tragic incidents.

Could it be realistic to consider that political parties and candidates convey their ideas and policies through equal exposure infotainment pieces to the wider public, with more in-depth engagement and public interaction available at everyone’s fingertips? No ownership of media to steer the evening news, no private funds for the biggest share-of-voice. But would or should the smallest parties get the same exposure as the largest, who would be the arbiter and what would be the criteria?

This type of interference works the other way around: government influencing the judiciary. 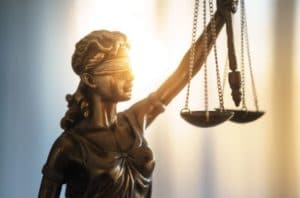 A leader may have risen to power in a democratic election process, though beware of his or her attempts to gain control over judicial power. The separation of powers – legislature, executive and judiciary – is crucial for a functional system of “checks and balances” to avoid authoritarian abuse of democratic power.

In Poland, however, the ruling Law & Justice Party refused to swear in three justices in the Constitutional Tribunal who were approved by the previous administration. Instead, they filled these seats with loyalists – as they did with two new openings. Now, with at least five out of 15 justices friendly to the governing party, they managed to pass a new law stipulating that Tribunal decisions need a two-thirds majority. This effectively means that rulings against the government’s wishes can always be blocked.

It’s tempting to suggest that as both are former communist states, democracy is less well established as a bedrock of society and the electorate are more easily satisfied with these arrangements as long as economic growth remains positive. However, the two countries are EU members and have blocked the organization’s attempts to tackle the climate emergency, and have been taken to court over their unwillingness to accept migrant quotas.

On the other side of the coin, we have all witnessed the weeks of street riots in Hong Kong where the mass crowds of voters are struggling to resist the introduction of extradition to mainland China to face trial. Over 99% of defendants in Chinese courts are found guilty.

The Danish judicial system is ranked #1 in the “Rule of Law Index” which ranks 126 countries on factors such as criminal justice, open government and absence of corruption. Judges are hired through an independent Judicial Appointment Council and the Council is supported by an independent Court Administration. The Council is composed of judges from the Supreme, High and District court, a lawyer and two representatives of the public, appointed by the Minister of Justice who also approves the Council’s recommendations for judge appointments.

They also have an External Activities Review Board whereby judges are required to apply for permission for a secondary job at this entity; it’s another measure for oversight of the independence of the judiciary.

Though recent research suggests younger voters are beginning to favor political leaders and constitutions where more direct decisions could be made faster than current systems with their check and balances allow.

Another pillar of society that authoritarian leaders often try to bring under control is the media. If you have the voice of a society, you can steer the common agenda.

There are different ways to go about this. A new right-of-center UK thinktank, Onward, sensationally announced that its research shows two-thirds of UK 25-34 year olds, disaffected with employment insecurity, student debt and low prospects of home-ownership, favor “strong leaders who don’t have to bother with parliament.” Naturally, the reliability of such findings depend on the what type of a crowd of people are used as the interview sample in the first place. This is one way to manipulate media coverage. 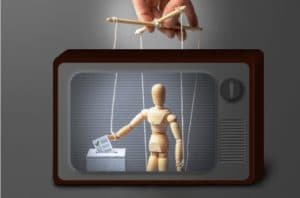 Sometimes political leaders simply own media companies, like four-time prime minister Silvio Berlusconi did in Italy. Others resort to bribes or prosecution of the media that stand up to them. Once they have the judicial system under control, any of these routes can be taken with little risk.

A case of media prosecution and ownership can be found in Russia. Authoritarian leaders often target independent and opposition media owners with fraud or tax allegations. The Russian government did this to Vladimir Gusinsky, owner of the independent NTV TV network. He was forced to hand the company over to government-owned energy producer Gazprom if he did not want to spend the rest of his life in prison.

An example of bribery is the allegations against Israel’s Prime Minister Benjamin Netanyahu. In 2018, he was investigated and accused of passing favorable regulations for Israel’s biggest telecom conglomerate in return for positive media coverage. Mr Netanyahu denies the accusations. A decision on prosecution will be made after a hearing in October 2019. In the meantime, his supporters are trying to rush through legislation that provides him with immunity.

We see from these examples that the independence of the judiciary and the legal system, and control of media, are constantly under threat, even where they appear to be protected.

Here is where you come in –  join the discussion and share your views and ideas with me. How can we, the crowd, try to safeguard our rights to democratic government before we have to take to the streets as in Hong Kong?

Please help me crowdsource solutions and be a potential collaborator. Your ideas could be included in the book with a name check, or could influence the content in other ways.