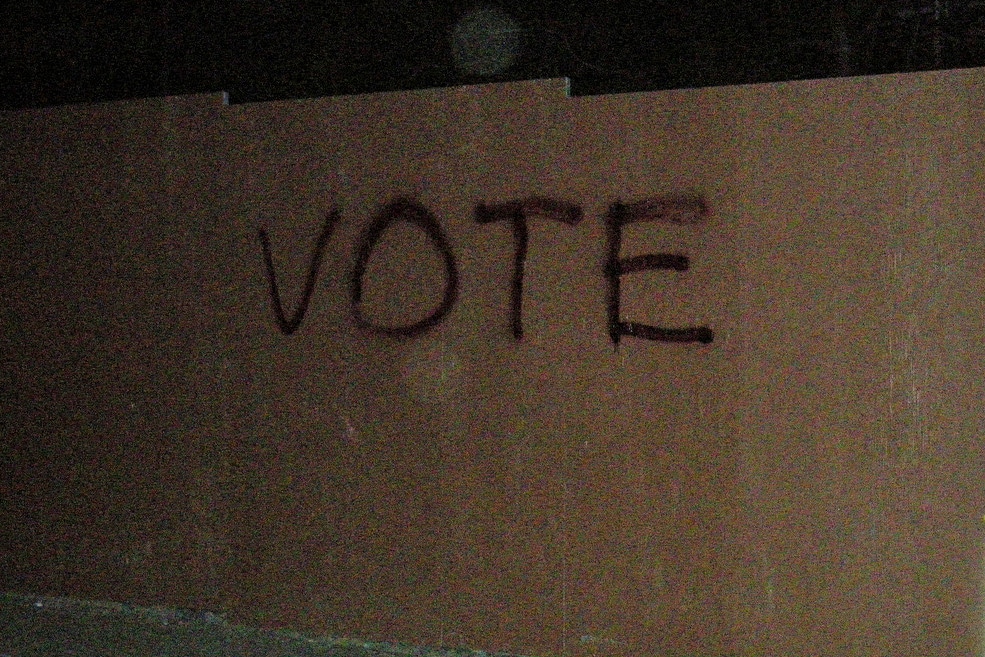 We’ve had one of the oldest crowdsourcing examples right under our nose. We vote every single day, whether it is an election of our next world leader, a response to “What do we want to eat?” at the family dinner table, or among a circle of tribesman vocalizing our next strategy. The problem is that the larger the group, the more we’ve used technology to organize the process, giving space for unintentional and, occasionally, intentional errors.

A classic example is the century-old Chicago saying, “Vote early, vote often!” It has been attributed to various people, including the gangster Al Capone himself. Muddled origins aside, it makes the case for duplicating ballots and going beyond the one person/one vote paradigm. Voting is meant to determine what is best for the whole based on group consensus and representation, but this, and similar philosophies, flip around the intention, using voting as a weapon to subjugate the group consensus and representation. 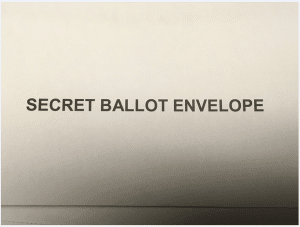 Any technology beyond the vocal, in-person vote – from Windy City paper ballots to modern digital screens – gives the temptation to manipulate the results. As the world gets smaller, the amount of voices needed to be heard increases, and it becomes more essential to use technology to add security, rather than remove security, in the process.

More recently, Twitter, Facebook, and other communication companies are fighting to keep the integrity of their social media businesses. If relatively innocuous platforms based on lighthearted status updates, family pictures, and occasional arguments is sinking under the weight of potential political manipulation, then even more serious things directly impacting our world must be held to an even higher standard.

Now new technologies like blockchain can actually help us return to the integrity possible in face-to-face voting. For instance, the Australian and New Zealand-based Horizon State is using a blockchain-based ledger process to securely give voting systems to fast-growing countries. Earlier this year, Indonesia commissioned Horizon State to help with the voting process. Sumatra Island residents are now equipped with a smartphone app to vote. 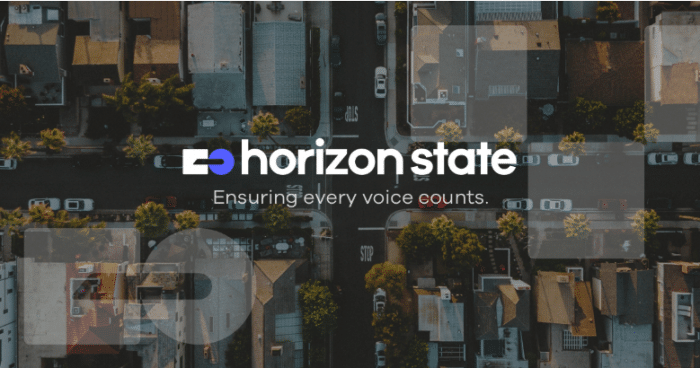 The case study here is strong: Indonesia has more than 250 million people across more than 18,000 islands. The ability to get everyone to vote, let alone get a correct temperature and consensus of the country, has been a continual challenge.

The country is also using a blockchain-based app from Online Pajak to transfer government tax, treasury and bank data. As the finance minister told Reuters, technology enables the Indonesian government to make sure money gets into the right people’s hands, including micro-loans to qualified citizens.

Another geographically vast country facing logistical election issues is India. In the last national elections over 550 million people voted. For many the journey to and from polling stations takes so long the country has to declare a national holiday. Horizon State is working with the Democratic Party of India for it to initially canvas views and opinions among its 3 million+ members spread throughout the country. The DPI aims to extend involvement to all Indian citizens to provide it with a crowdsourced mandate to take in to the 2019 Parliamentary Elections. By then the forecast number of mobile phones in India will exceed 800 million.

The impact of a stable voting platform in any country is nearly incalculable, specifically for the local citizens. It creates security for the population, as they know the future government will be representative of their needs, and they may be more apt to do long-term finance, time, and resource-based investments in community building. On the other hand, if citizens wanted to enact change, they would trust that it could happen through the secure voting process. It also would make citizens less likely to leave.

Blockchain is likely the first of many new technologies that will change how people are represented in local, regional, and national government. Technology has already been intertwined in our representation for decades. Now it’s a matter of taming it to truly, and transparently, show the wisdom of the crowd.

Horizon State’s CEO Oren Alazraki is a speaker at our CSW Global 2018 conference in Washington D.C. running 24-28 October. The working title of his session is “How to harness the collective wisdom of communities through decentralized, blockchain-based voting systems.” A full conference agenda is available here and some tickets remain available. Come and hear more than 60 international and domestic speakers, and meet the CSW team and many of our North American community.