The U.S. Department of Labor recently put out a report on the state of freelancers and gig workers. As one of the largest studies in the space, it showed that the percentage of short-term workers was actually down slightly from 2005 when the Bureau of Labor Statistics (BLS) conducted the survey last. This is not surprising if you understand the crowdsourcing/gig economy space. And one thing that’s important to understand is that payment issues are at the top of freelancers’ concerns over who to work with in the gig economy.

The report shows digital workers are actually more likely to be cross-border. The BLS study only reflects the U.S. market, which has a high level of employment comparably to much of the rest of the world. In the global market (Europe, Asia, the Middle East, and the U.K.), gig workers are increasing in number as more people become educated and look to maximize their value working online. In the E.U. alone, the growth from 2003 to 2013 was 45 percent. So, even though there is Uber, Instacart, and AirBnB brand recognition in the U.S., the dominant supply chain growth activity for crowd-based work remains beyond U.S. shores.

Successful crowd marketplace network building depends heavily on global providers and an understanding of their unique work conditions. At the core of that relationship is payments.

The Importance of Payments to the Partner Relationship

Getting a grip on what the international supply chain expects is crucial to maintaining network quality. For instance, in a recent survey from Tipalti of global freelancers and those who participate in online marketplaces, 95.9 percent of survey respondents indicated that marketplace payments mattered to them, with nearly half (48.7 percent) stating that freelancing was their primary source of income. 73.7 percent said that they would leave a marketplace because of payment issues.

Crowd-based business models have a unique challenge in that their lifeblood is formed from those they do not directly control. Yet their freelancers are often directly tied to the customer experience. If a partner were to pull their services, it becomes a customer service issue. Likewise, its reputation among other potential partners would quickly be damaged.

Marketplaces are highly subject to reputations “going viral” in the age of social media. The “gentlemen’s agreement” of traditional supplier relations are not respected. Marketplaces must be cognizant of unhappy members within their supply chains and work to resolve these types of back-office issues proactively. 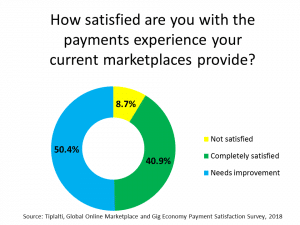 Being paid on time, paid accurately, leveraging a method that works in according to the payee’s banking situation are not easy, but they are fundamental aspects to fulfilling the contract. 50.4 percent of survey participants stated that payments needed improvement and an additional 8.7 percent felt payment processing was unsatisfactory. This puts many freelancers on edge and ready to jump from network to network.

Payment method also matters. For example, many marketplaces may offer PayPal as the only payment method, with great reason. It’s simple and offers quick implementation. But PayPal is not ideal for partners who are paid larger dollar amounts because of their high percentage fees as well as fees associated with extracting those funds. Crowd marketplaces may need to invest in offering multiple payment methods, including US ACH (Automated Clearing House), Global ACH, and wire transfer technology in addition to PayPal.

And one final data point: 66.7 percent of non-U.S. gig workers said that being paid in local currency was important. This is one area that many marketplaces neglect because of the challenges of maintaining individual currency accounts. However, it may be worthwhile for them to consider offering local currency payments as an incentive to join and stay with the network.

Obstacles to Growth, Scalability, and Success

All this payment complexity can be a major challenge for marketplaces that have a lean operating model where profit margins are thin. Managing multiple bank accounts, ensuring regulatory and tax compliance, and the constant communication with payees is an accounts payable effort that doesn’t scale well when required to add staff to manage those tasks. It is a path to unprofitability.

The role of automation is key to driving scalable marketplace operations. What general e-commerce strategies have taught us about the way business works on the web is that it needs to be efficient and lean. Because we’re often dealing with smaller values (i.e. payments to partner providers), that transaction needs to be as minimal as possible.

And lastly, U.S. crowd marketplaces that only focus on U.S. freelancers are also at a disadvantage for growth. They’re limited to only attracting and retaining local providers, which as the BLS has indicated, is a population that isn’t growing. That means greater competition for that voiceover artist or photographer or coder. And of course, the better workers will surely leave a bad situation to maximize their monetization potential. For these marketplaces, it may be time to start looking to adopt overseas help and expand globally.

Have you any personal stories to share with the Crowdsourcing Week community of how the payment systems being used have ever influenced your decisions on working at all, or who to work with, in the gig economy?

Tipalti is a Premier Partner of our CSW Global 2018 conference in Washington D.C running October 24-28, with their CMO Rob Israch speaking on “4 Payment Must Haves for the Global Crowd.”  Tickets are available.

Rob Israch brings over 15 years of marketing experience to Tipalti. Most recently, Rob served as VP, Global Marketing Programs at NetSuite where he led global branding, demand generation, and international marketing over the past 8 years, helping to guide the company through 10X+ revenue growth, from private company through IPO to cloud ERP market leader. Previously, Rob held a variety of marketing management roles at Intuit and GE. Rob earned a Marketing degree at University of Florida, Warrington College of Business. 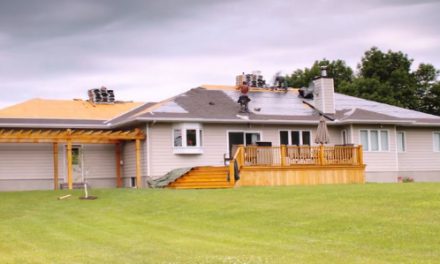 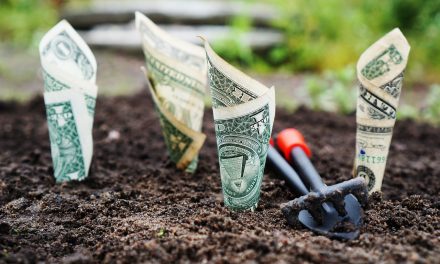 A New Asset Class, For The Masses 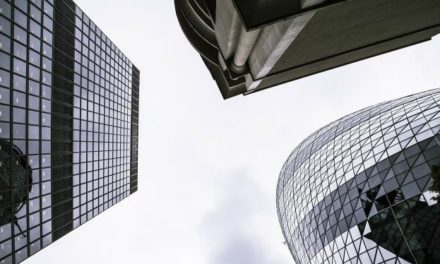 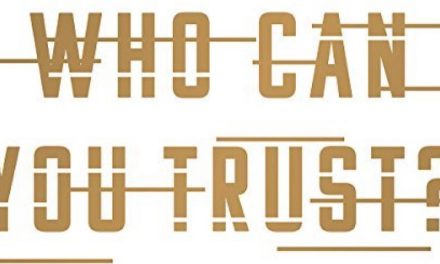