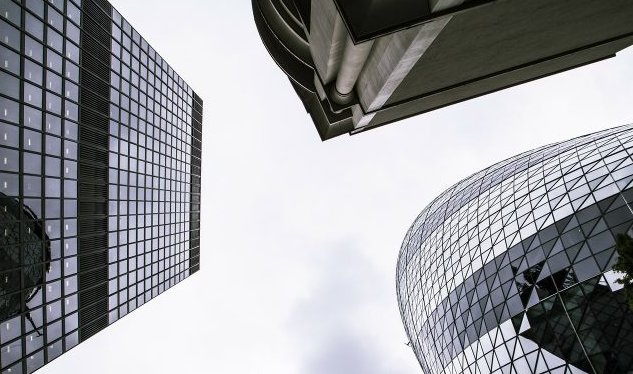 In recent articles we’ve looked at equity crowdfunding from the perspective of entrepreneurs and the benefits they can take advantage of in addition to generating an investment budget, and also through the eyes of retail investors who are not high net worth individuals yet now have what could be a very lucrative pathway to investing in private startups. To this I now want to add a third element, where equity crowdfunding  and venture capitalism are used alongside each other.

Not so long ago it was still quite common to come across articles that tried to pitch VC investors and equity crowdfunding supporters and platforms against each other, as if every startup business entrepreneur faced a binary choice of which investment route to pursue. We did that ourselves back in 2016.

Many startup founders seek investment budgets that are beyond the resources of friends and family backers, yet are too small for VCs to normally bother getting out of bed for. And if a business is in its earliest days without a trading history or future sales orders, there’s precious little hope of securing a business loan, whether from a traditional source like a bank or from a peer-to-peer lender such as Funding Circle. So there is a true gap in the business investment market that equity crowdfunding occupies, at the same time as providing better returns for small-scale investors than they can get from high street deposit accounts or investment schemes.

It remains fair to say that equity crowdfunding is not yet a fully developed entity due to the small number of exits that have allowed investors to reap their rewards: the UK Crowdfunding Association’s website has just one solitary case study (though there have been more). Other business finance commentators harp on about the startups that still fail, sometimes within months of raising seven-figure sums through crowdfunding, as if crowdfunding ought to provide some mystical defence shield against business failure.

Despite these shortcomings, the rude health of hundreds, even thousands of startups around the world that have traded equity for an investment from a crowd of backers supports enough confidence for the practice to continue to grow and spread.

It has now reached a point where venture capital firms are not only taking notice but some also want to be involved. In the UK, for example, the startup support division – called G – of the global accountancy firm Grant Thornton works with the equity crowdfunding platform Crowdcube.

It is a symbiotic relationship: Crowdcube can offer its clients a longer business development path than just realising their earliest investment rounds, and Grant Thornton gains an entry point to build relationships with promising entrepreneurs before they are big enough to usually be worth their attention. G also offers to make introductions to some of its network of investors who have indicated they are open to the idea of making early seed-stage investments. Here is an example of this co-operation in practice. 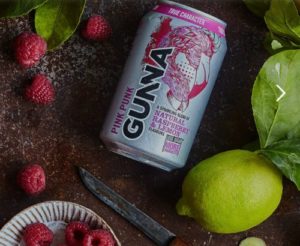 Gunna is a range of uniquely-flavoured, craft-made soft drinks which aims to disrupt the established carbonated drinks marketplace in a similar way that craft beer has. It retails at a competitive price for a product made with better quality ingredients, and contains less than 5% sugar to be part of a healthy lifestyle. In 2018 it was available in over 3,500 UK stores, sales were up 300% on the previous year, and their highly experienced founders wanted to raise funds to accelerate the growth rate.

Initial discussions with Grant Thronton indicated that £500,000 would be appropriate to build distribution through recruiting additional sales people and investing in trade marketing. Although this amount is below Grant Thornton’s minimum threshold, their growth finance team remained involved to get Gunna investment-ready to run equity crowdfunding via Crowdcube to raise the money.

Support from some cornerstone investors who wanted to get involved at the ground level, introduced by Grant Thronton, strongly reassured a crowd of smaller retail investors. The equity crowdfunding project generated £819,150 from a total of 245 backers. As Gunna grows it’s likely there will be a need for further, larger rounds of investment which will meet Grant Thornton’s VC-backing criteria. Gunna’s hoped-for exit strategy is acquisition by an international drinks company.

Israel’s most active venture investor, OurCrowd, has adopted crowdfunding principles in pursuit of its twin goals of democratization and globalization of startup funding. In a nutshell, once OurCrowd has made its VC investments to back startup entrepreneurs, they make parcels of the main deal available as micro-investments to their network of retail investors. These smaller investors enjoy access to the same investment terms as institutional investors.

To add value to their dealings, OurCrowd plays an active role by hiring sector experts and provides a range of advisory services to the startups in its portfolio, in a similar way to startup accelerator hubs. This smart money approach, is most appealing to early stage companies wanting to raise funds from investors who have the ability to contribute their advice and connections in addition to their capital.

Through six years of a strict due-diligence process that sees them invest in just 2% of all the applicants that come to them, and the post-investment support they provide, they have developed a network of 30,000 investors in 180 countries.

This network also includes a number of large international corporations who are increasingly looking to Israel to inspire corporate innovation. OurCrowd gives these companies a platform through which they can invest in, experiment with, and sometimes acquire a broad range of technology solutions. Some of them pay for exclusive access, whether it be a “scouting fee” to receive customised dealflow, or to get a “sneak peak” into the OurCrowd pipeline, relying on the firm’s hyperactive vetting process to identify their next investment.

The net result of this six years’ activity is that OurCrowd has secured $1 billion in commitments for 130 startups, 18 funds, and seen 29 exits (mostly acquisitions by large corporations) and 13 write-offs.

Both the working partnership between Crowdcube and Grant Thornton in the UK, and the currently unique role of OurCrowd catering to international investors, show a growing fluidity between different types of equity-related investment vehicles. The paths open to startup and scaleup entrepreneurs to seek investment, and the methods for retail and institutional investors alike to make their investments, are blurring and overlapping. Any additional benefits and services beyond achieving a monetary target are also increasingly important, for both the entrepreneurs giving up some of their equity and backers who want to see their investments nurtured.