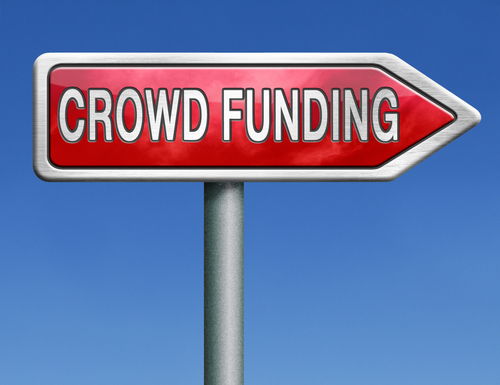 Crowdfunders generally fall into different categories: equity, donation, reward, and debt. The last is also known as microfinancing — and commonly referred to in Europe as “peer-to-peer lending.” Here are the top 10 up-and-coming peer-to-peer lenders e making financial waves in Europe:

1. Zopa – This London-based P2P lender offers loans of up to £15,000, with individual borrowers dealing directly with lenders. Zopa categorizes borrowers based on their credit grades, so lenders can offer terms and amounts of money based on the category of the borrower.

2. Ratesetter – Also London-based, Ratesetter was the first to introduce the concept of a “provision fund” into P2P lending. Borrowers pay a “credit rate” fee that is used to diversify risk by reimbursing lenders in the event of a late payment or payment default.

3. Funding Circle – One of the biggest crowdfunding platforms in the U.K., Funding Circle has loaned £90 million to SMEs since its launch in August 2010. The U.K. government, already using the platform, will lend a total of £20 million to SMEs through it. Small businesses can seek loans ranging from £5,000 to £1 million from multiple crowdfunders.

4. Auxmoney – Based in Dusseldorf, Germany, this peer-to-peer loan marketplace raised $12 million in funding just this March. It allows private consumers to take out personal loans of between €1,000 and €20,000 from private investors. More than 10,000 projects, collectively valued at over €43 million, have been financed through the platform.

5. isePankur (iBanker) – The first to allow cross-border lending (open to investors from all EU countries), isePankur now is eyeing a pan-European market, including Central and Eastern Europe. In March, it launched a Secondary Market facility for trading P2P loans. It is a pioneer of social lending in Estonia and the oldest peer-to-peer lending platform in Scandinavia.

6. Pret d’Union – Based in Moulineaux in northern France, this top P2P lender allows private individuals and institutional investors to lend money to borrowers directly through a secured bond marketplace. It received $5.22 million in Series B funding in 2011, and then $4.18 million in series C funding in 2012.

8. Smartika – Based in Milan and formerly known as Zopa Italy, Smartika has been providing P2P credit since 2007. Lenders and borrowers get rates 25% lower than on loans financed through traditional banking channels, and lenders enjoy 6.5% annual interest after charges.

9. Comunitae – This leading P2P marketplace in Spain is headquartered in Madrid. It has received two rounds of funding, totalling $4.8 million, since its 2009 launch. Its community of lenders has funded €2,181,025 in loans and received €206,601.25 in interest.

10. Funding Knight – This U.K.-based peer-to-peer crowdfunding platform eliminates the need for banking systems and financial agencies altogether, allowing borrowers and lenders to transact directly. FundingKnight has a membership minimum of £500 and can lend up to  £100,000 to small businesses planning to expand.

While the U.S. currently leads the world in volume of crowdfunding transactions (estimated by the 2013 Crowdfunding Industry Report for this year to be at 72%), a sizable chunk will come from Europe, at 26%, and 2% from the rest of the world.
This article originally appeared on Forbes.

David Drake, founder of The Soho Loft, a subsidiary of the VC division of the Private Equity firm LDJ Capital, is one of the fathers of crowdsourcing and founded the US Crowdfund Intermediary Regulatory Advocates (CFIRA) and US CrowdFunding Professional Association (CfPA). Fluent in 6 languages and born in Sweden, he lobbied the JOBS Act to the EU Commission and was a U.S. Commerce delegate to Brussels and Rome in meetings with European Ministers and legislators at the Transatlantic Economic Council forum July 2012. David presents regularly as an expert on financial innovation and impact investing at 150+ annual events. He speaks at the Thomson Reuters' Buyout Texas Private Equity conferences with KKR & Carlyle and regularly attends SEC hearings in Washington DC. He writes for a number of online publications including equities.com and pehub.com. David Drake also hosted the HBS Club NY, Trail Blazers and Best Buddies Carnegie Hall Charity events for many years.

Our Head of Content, Clive Reffell, caught up with the co-founder and director of CrowdInvest, Nakul Garg. It is a new cross-border equity crowdfunding platform that will begin trading in the UK in Q4 2022. Nakul is creating a win-win: through Crowdinvest, Indian tech...