Europe in the New Economy 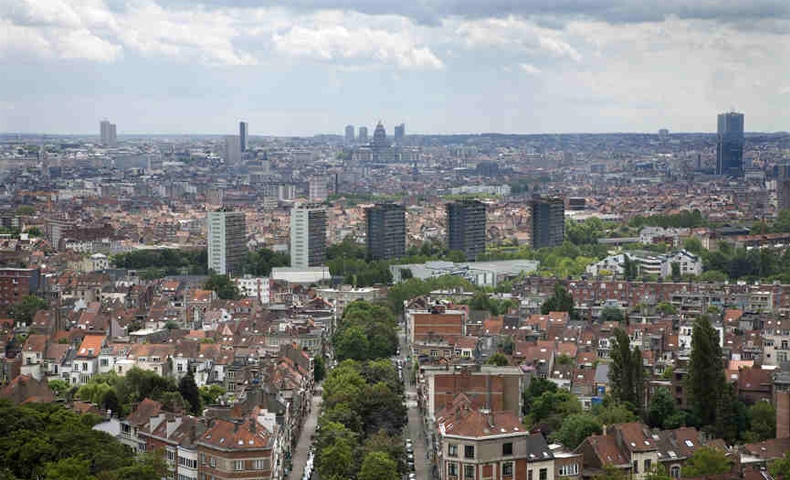 This is a guest post by Domenico Rossetti di Valdalbero, Principal Administrator at the European Commission, Directorate-General for Research and Innovation.

Two strong trends are emerging in the western world that, at first glance, appear contradictory: on the one hand, we have what is known as individual empowerment, and on the other, the collaborative economy.

Individuals in Europe have rarely, through history, been masters of their destiny to the extent they are today. A person can live, travel and work throughout the European Union. They can contact anyone across the world from a PC, tablet or smartphone. Using a 3D printer, we can make virtually anything from the comfort of our own home – our own “cocoon”. We need not be a great painter or aristocrat to have our own portrait (selfie) made as we like and at next to no cost. By merely speaking our own language, we can communicate with half the globe with the help of Microsoft’s automatic translation programme. Legislation on euthanasia and abortion place the rights of the individual above any superior norm. In short, our era is that of the most extreme form of “egolatry” there is.

On the other hand, the collaborative economy has never been as fashionable. Driven by population growth (from 2.5 billion people in 1950 to 9 billion in 2050), the expansion of urban areas (from two megacities in 1950 to around 30 in 2050), the knowledge society (see the stock market valuations of Google and Apple) and life lived via social networks (from Facebook to Twitter), this new “collaborative economy” seems to be taking off in sectors such as tourism, (e.g. Airbnb and HouseTrip), transport (from Villo to Uber including Drivy, Velib’ and Cambio), and in the trend for urban farming which is gaining in popularity more or less all over the world. There is an ever increasing demand for a sustainable environment, high-quality public spaces and public transport, and well-planned city centres with properly maintained green areas.

The first challenge for Europeans is to resist the charm of fanatical individualism and keep in mind the founding principles of the European construction: de facto solidarity (the 1951 Schuman Declaration), social and economic cohesion (the counterpart to the internal market) as held dear by Jacques Delors, and intelligent, inclusive and sustainable growth. The words “fairness” and “European social resilience” ought to begin to outweigh short-term national self-interest and the “I want my money back” attitude proclaimed by an ever growing chorus – with 28 voices standing together on this point.

The second challenge is to reap the benefits of individual empowerment and the collaborative economy without leaving the Americans alone at the helm. While the giants of information and communication technology across the Atlantic may be dominating the global marketplace with the Koreans, Chinese and Japanese close behind, Europe has a huge capacity for social, marketing, technological and organisational innovation to be exploited. But it needs to be given the financial and legal means to be able to grow and thrive. The book by US-Italian academic Mariana Mazzucato of the University of Sussex is worth absorbing, and its title, “The Entrepreneurial State“, speaks for itself.

The third challenge for Europe is to rethink the service economy, so dominant across the EU, in the light of the concepts of individual empowerment and the collaborative economy. Many of the business models used in European service companies are rooted in the 20th century. Brussels, Amsterdam, Copenhagen, Munich, Vienna, Barcelona and Milan have all the advantages they need in terms of education, know-how and creativity to rival Seattle, Cupertino, Seoul and Shanghai. What is more, their cultural heritage and the lifeblood of their tertiary sectors are largely under-exploited[1].

The fourth challenge is that the EU can and must deal with these two important trends in a way that aims to reduce inequalities. The GINI coefficient and the bestselling economic’s book by Thomas Piketty, “Capital in the Twenty-First Century”, show us the alarming reality of social inequality. Bringing together the strands of individualism and the collaborative economy could encourage the activity of “social entrepreneurs”. Europe has a large number of these working on the dividing line between profit and volunteering, and they are equally as concerned about the economic viability of their societies as the social purpose of their companies.

And the final challenge: Europe – undoubtedly more so than the US or Asia – has developed a particular relationship with nature through the centuries whereby man works the earth and uses it for his advantage while respecting and nurturing it. The environmental question which is so well described by Michel Serres in “Le contrat naturel” permeates every part of European society in 2015. Proof of this can be seen in European regulations on the environment, agriculture and health, animal welfare, biodiversity and the fight against climate change, as well as the promotion of research, energy efficiency and renewable energy sources. When Europe presents itself as the pioneer of the “circular economy”, it has in mind the interests of the individual as well as that of the collective and the environment.

If Europe, a continent so proud of its roots and shared values, can innovate sustainably, it will become the beating heart of a new and positive union between individual empowerment and the collaborative economy.

[1] Lecture at the Académie royale des sciences de Belgique on “Cities of Europe: Decline or Renaissance?“, 12 May 2015 at the Palais des Académies

Domenico Rossetti di Valdalbero is Principal Administrator at the European Commission, Directorate-General for Research and Innovation. He is responsible for managing a large part of the Socio-economic Sciences and Humanities theme of the 7th EU Research Framework Programme (FP7). He is currently coordinating and implementing the Horizon 2020 Societal Challenge on “Inclusive, innovative and reflective societies.” Domenico is specialized in the questions related to: New paths of economic growth; Global Europe; Socio-ecological transition; and Smart urban futures. Domenico is the author of more than 100 articles in the field of energy, environment, innovation and EU studies. He wrote two books entitled: “The Power of Science” and “Mapping European integration through its Cities.” Domenico got his PhD in economics from Paris Dauphine University and he is Professor at the Belgian royal Academy of Sciences. He is the Secretary General of the European Union of Federalists (UEF.be).