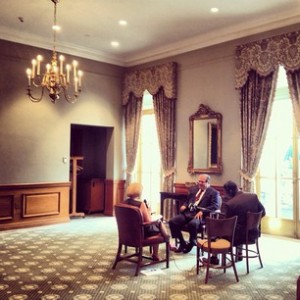 Why — because crowdsourcing is nothing more than people getting together to solve a common problem.

“Crowdsourcing is a process that involves outsourcing tasks to a distributed group of people. This process can occur both online and offline. The difference between crowdsourcing and ordinary outsourcing is that a task or problem is outsourced to an undefined public rather than a specific body, such as paid employees.

But why is it such a hot conversation today?

You see crowdsourcing is nothing more than the evolution of the work process.

“A gradual process in which something changes into a different and usually more complex or better form.”

The revolution is the process by which the crowd helps to solve the problem. And here is a small list of some revolutionary projects.

USAID Is Using Crowdsourcing To Map Its Impact

So why would the USAID embrace crowdsourcing of all things? Simply put, the federal agency wants to map its impact. The USAID will be able to define where it has made the largest foreign financial impact. It will also be able to make more non-confidential data available to the crowd.

Let DARPA Tell You Why You Need the Crowd

And why is DARPA using crowdsourcing in its manufacturing, simple — designing and building things for the Pentagon take a really long time. And costs can skyrocket, quickly. Case in point — a tank — from conception to production takes one to two decades. Obviously, DARPA would like to shave off a few years. So the agency is turning to crowdsourcing for a little help.

Unilever Taps The Crowd For Help In Their Sustainability Goals

Unilever, working with GlobalScan created an online collaborative platform — Unilever Sustainable Living Lab. The Lab ran for 24 hours (April 24th – 25th) and the response was rather impressive. The collaborative platform attracted over 2,200 registrants from 77 countries and almost 4,000 comments were posted. The registrants were from government agencies, non-government agencies and various businesses.

Jacob Scherr continues explain that the United Nations must think outside the box — and create a new platform.

This new platform would be the foundation of all global sustainability goals. This platform will not only encourage stakeholders but hold them responsible for actions taken or the lack thereof. And Scherr states that this new work process is — crowdsourcing.

Question: What are your thoughts on the evolution of crowdsourcing? And how can this work process be used to revolutionize other industries?