USAID Is Using Crowdsourcing To Map Its Impact

The U.S. Agency for International Development (USAID) was created by John F. Kennedy in 1961. Its primary responsibility is distributing civilian foreign aid. Part of the USAID mission statement is:

“Economic growth is key to transforming the developing world. It is the only way for poor countries to eventually do away with extreme poverty. USAID wants to better understand the link between the location of certain of our economic growth activities and their impact.” 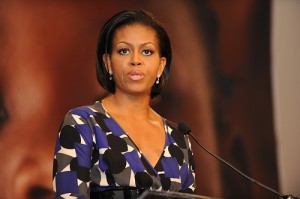 So why would the USAID embrace crowdsourcing of all things? Simply put, the federal agency wants to map its impact. The USAID is making its data for non-confidential civilian foreign aid funding, publicly available.

From June 1 – 3 the agency will be collaborating with volunteers to review data and code that data with geographic information. The volunteers range from students to geography experts to transparency advocates to the Standby Task Force and the GIS Corps.

“The U.S. Government is committed to opening data and increasing aid transparency. This pilot is an example of this commitment,” said Eric Postel, Assistant Administrator for Economic Growth, Education and Environment at USAID. “By enabling volunteers to help us sort through and clean non-confidential data we will be able to release information that will help us track, monitor, measure and build upon progress. We also expect that this pilot will pave the way for additional data sets to be open to the public for future projects.”

It’s such a bold move for any government agency — to collaborate with volunteers. Especially, when the true value of that collaboration presents itself as structured data. The USAID will not only be able to define where it has made the largest foreign financial impact but it will be able to make more non-confidential data available to the crowd.

The Obama Administration appears to be taking large steps towards the use of crowdsourcing — to make better sense of massive data sets.

What are your thoughts on the use of crowdsourcing to make sense of the USAID data?