In Chile, Government Takes a Hands-On Approach in Promoting Innovation 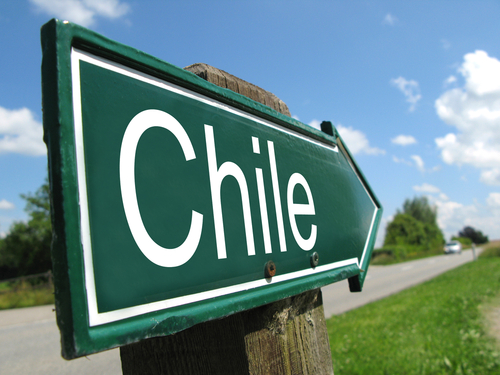 When it comes to sources of innovation, government isn’t exactly the first thing that comes to mind. In Chile, however, that’s not the case. No, new technologies aren’t flowing out of the legislature, nor is President Sebastián Piñera giving up his day job to go the entrepreneurial route.

However, the Chilean government has proven a major proponent of all things technology and entrepreneurship in the country. Its efforts in promoting and supporting innovation render it an example to follow – not only for Latin American nations, but for the entire world.

2013 the Year of Innovation

In Chile, 2013 has been dubbed the Year of Innovation. The follow-up to 2012’s Year of Entrepreneurship, this year, the country will promote technology and advancement through a wide range of programs and initiatives.

Headed by Hernán Cheyre (Executive Vice-President of the Chilean Production Development Corporation, CORFO), the organization at the forefront of the initiative has been dubbed Imagine Chile (in Spanish, Imagina Chile). Throughout 2013, Cheyre will lead Imagine Chile initiatives in three main areas: human capital and science, competition and entrepreneurship, and improving quality of life.

The goal of Imagine Chile is to bring innovation into the lives of all Chileans. It seeks to improve the transfer of knowledge, promote development, create new innovation-related programs and build technology infrastructure all over the country. And here’s the kicker: One billion dollars have been set aside to accomplish all of this.

Santiago may not be considered a tech hub now, but thanks to Start-Up Chile, it’s well on its way. Start-Up Chile is a program that seeks to attract early-stage, high-potential entrepreneurs to work on their projects in Chile. A sort of government-sponsored acceleration program, its aim is to promote Chile as an international startup launch pad.

The program offers selected companies $40,000 in seed capital and requires no equity in return – a huge draw for entrepreneurs from essentially any walk of life. It also provides participants with co-working space in Santiago and the opportunity to form part of its flourishing entrepreneurial community. Currently in the midst of its sixth round of acceleration, Start-Up Chile attracts hundreds of applications from all over the world each year.

Following a hard-fought battle that lasted for over two years, the Chilean legislature finally passed a law in January allowing for businesses to be incorporated in just one day – a huge victory for the country’s entrepreneurs.

Up to now, the process of creating and incorporating a business in Chile has been extremely time-consuming and expensive, requiring endless amounts of paperwork, long waiting-periods and expensive trips to local notaries. With the passage of new legislation – dubbed La ley de empresas en 1 día in Spanish – entrepreneurs will soon be able to incorporate new companies through an online process that is free of charge and takes only one day.

Chile a Place to Watch

Chile has quietly positioned itself an international leader in technology and entrepreneurship, and its successes are not to be ignored. In fact, many countries may want to take a cue from Chile’s efforts in becoming a primary advocate of the innovative space.