Is Sweden’s forestry and agriculture sustainable?

As the world population rises, we clearly need strong and competitive agriculture and forestry sectors that can provide us with food and biomass produced by using climate-smart and sustainable practices. Sweden is at the forefront of a transition to bio-based economies in order to achieve its Government’s vision of a fossil-free society. There is much for the rest of the world to learn from this country.

Although Sweden’s forest land makes up just under 1% of all the forest land on the planet, 70% of Sweden is covered by forest. “Forests are very beneficial for the climate by enabling us to replace fossil energy sources and energy-demanding materials, while also preserving high levels of carbon storage and safeguard biodiversity in the forest landscape, “ said Sweden’s Minister for Rural Affairs on signing  The New York Forest Declaration in 2014, a UN initiative with an aim to end natural forest loss by 2030.

Delegates at the next Crowdsourcing Week conference in March 2018 will be able to experience Sweden’s forests and their way of life of their inhabitants first-hand, and meet and hear from people making sustainability happen in the Vuollerim region inside Sweden’s Arctic Circle.

So what are the Swedes actually doing?

A large part of Sweden’s export income comes from timber and paper. Long-term sustainable use of forests therefore has a financial as well as an ecological imperative. Sweden’s forest assets have doubled in less than 100 years, and with an annual felling rate less than the growth rate the volume of forest continues to increase by an estimated net annual figure of around 30 million forest cubic metres.

Sustainably managed timber and paper production has benefits for the users as well as the producers. A 2017 WWF report on tackling forest degradation found that 80% of retailers using sustainably-produced packaging reported a positive impact on risk management and brand reputation, over 70% reported improved employee engagement and over 60% saw a positive effect on customer satisfaction. 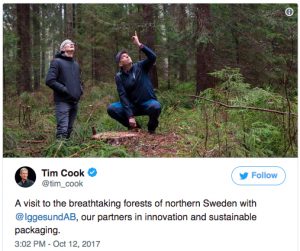 Apple prides itself in the fact that it uses tight-footprint boxes made of sustainably produced cardboard to wrap its iPads and iPhones for shipment, though for 10 years kept the identity of its supplier a secret. Until in October 2017 Apple’s CEO, Tim Cook, tweeted from northern Sweden that he was visiting forests managed by Iggesund, maker of two of the world’s leading paperboard brands, Invercote and Incada. 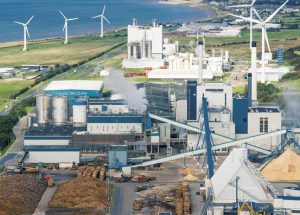 Beyond sustainable forestry management, Iggesund’s ecological stance extends to the production process. Their UK mill in Warrington, which produces Incada paperboard, has been powered entirely by fossil carbon-free bioenergy since 2013. Having previously relied on fossil fuel for energy, the mill is now carbon neutral, powered 100% on bio-energy. The resulting drop in carbon dioxide emissions is the equivalent of taking 65,000 EU average cars off the road.

Sweden’s timber is extensively used for housing, with a high adoption of prefabricated techniques. About 84% of detached houses in Sweden use prefabricated timber elements, while in developed economies such as the US, Australia and the UK, no more than 5% of permanent housing has any significant prefabrication. An innovative Swedish construction company, IsoTimber, developed a sustainable product to build insulating and load-bearing walls made of only wood and air and raised almost €1.5m through a crowdfunding campaign in 2016.

This technology also enables IsoTimber to deliver houses as ready-made building packages. Wood is a good natural insulator that reduces energy usage and because trees are replanted it is the only sustainable material used in construction.

Why is Swedish-style forest management important?

Forests dampen global climate changes and also help to regulate and clean air and water, prevent soil erosion and provide benefits such as grazing, food and medicines. Yet elsewhere in the world large areas of forest are being cleared to make way for large-scale production of industrial crops, such as soy, palm oil, beef and grain, while more than 90% of around 1.2 billion people who live in extreme poverty are directly dependent on what forests provide for their sustenance.

The world’s rich countries now counter the attractive short-term gains for poor countries by paying them to slow deforestation, such as through the UN’s REDD Plus programme. Though reversing global forest loss must be simultaneously matched with enhanced food security for all.

With 70% forest covering, just 7% of Sweden’s total area is arable land, which has always put pressure on growing the right crops.

There is an inherent understanding of the effect of climate on agriculture in Sweden due to its long north-south distance of 1,500 kms: the growing season in northern Sweden in Norbotten, the administrative region which covers Vuollerim, lasts 100 days less than in the south of the country. Ecological and economic sustainability mean barley, oats and forage are mainly grown in the north, while wheat, rye and rapeseed tend to be grown in the central and southern regions.

Globally, more food is produced today than ever before, enough to cover everyone’s needs. Yet at the same time, more than 800 million people live with hunger because they do not have enough food, mainly in South Asia and Africa. Put simply, too much is being produced in the wrong places and not enough is produced where it’s needed. Getting it right is vital if the world is going to support a population of 9 billion people by 2050.

There are clear examples of Sweden’s ingenuity and government policies to learn from. 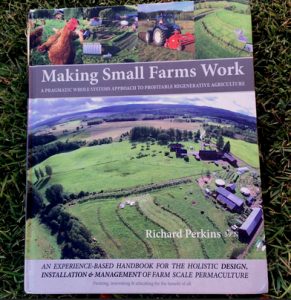 A pioneer of sharing Swedish methods is Ridgedale Farm, a high quality local food producer and also a pioneering educational website and publisher.Their main aim is regenerating the landscape, ecosystem processes and soils through resilient, replicable, scaleable and profitable farm enterprises. Their secondary function is to collaborate with farmers and other land users everywhere by sharing their knowledge through offering comprehensive online training to encourage wider adoption of their proven techniques and ethos of sustainability.

Main Image: The Food Print Lab is a Gothenburg-based architectural team with passion for how to combine food in architecture and urban planning. They are a social enterprise working with urban and rural development bodies in an open, innovative and co-creative way to encourage growing food in available space in cities.

You can see Swedish sustainable forestry when CSW Arctic // Europe 2018 in March 20-24 takes place in the two locations of Luleå and Vuollerim in Swedish Lapland inside the Arctic Circle. Top crowdsourcing thought-leaders and exponents from around the world will share their views on current trends and talk about their latest projects. A limited number of tickets are still available. We hope to see you there.