One US State Is Leading In Investment Crowdfunding: Guess Which One 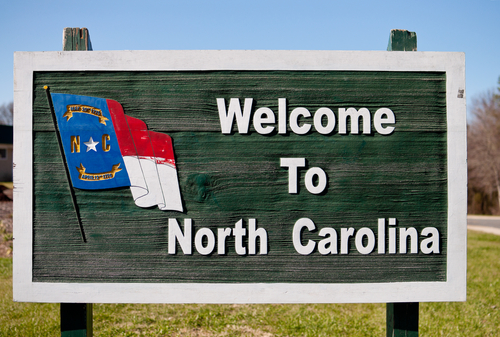 The following guest post is by David Drake, originally appeared on Forbes.

Add North Carolina to the growing list of states working on intrastate investment crowdfunding legislation, especially as the equity crowdfunding proposal of the Jumpstart Our Business Startup Act (JOBS Act) won’t be brought up by the SEC for a three-month public commenting until the end of August at the earliest. This is according to Arizona Representative David Schweikert’s estimates during his speech at the Angel Capital Association on April 19, 2013.

A team of local entrepreneurs and investors in North Carolina looked closely at crowdfunding legislation that has already been passed in Kansas and Georgia. Working together with State Representative Tom Murry they created the North Carolina JOBS Act by selecting the best features of each exemption, while avoiding the problems associated with the stalled and complex federal JOBS Act.

“The reason we did it is that startup companies and small businesses play a critical role in creating new jobs and growing the economy,” said Representative Murry. North Carolina angel investor Mark Easley added, “Crowdfunding gives smaller enterprises in North Carolina access to the capital they need to initiate new business ventures, to expand operations, and to hire additional staff.”

The North Carolina approach to investment crowdfunding has been called brilliant and clever.

The North Carolina JOBS Act has a number of provisions that allow the state’s small businesses to raise money through crowdfunding:

• The issuer must be a North Carolina business.

• The investor must be a North Carolina resident.

• Investor Cap: Investors may invest no more than $2,000 each, unless they are accredited.

• Intermediaries: Issuers may use a professional crowdfunding platform, but it is not required.

• Solicitation: Issuers and sellers are permitted to promote the offering publicly, after filing notice with the state securities regulatory agency.

• Communicating Risk: Investors are required to certify in writing by the time of sale that they understand the risks of unregistered securities and may lose their entire investment.

• Liability: Officers and directors are protected from liability except in the case of fraud or breach of fiduciary duty.

• The exemption is set to become effective immediately when passed. The state regulators may pass rules as real-world usage merits, but there is no waiting period.

It is good to see states taking the initiative while the federal equity crowdfunding law is delayed in a legal securities quagmire.

David Drake, founder of The Soho Loft, a subsidiary of the VC division of the Private Equity firm LDJ Capital, is one of the fathers of crowdsourcing and founded the US Crowdfund Intermediary Regulatory Advocates (CFIRA) and US CrowdFunding Professional Association (CfPA). Fluent in 6 languages and born in Sweden, he lobbied the JOBS Act to the EU Commission and was a U.S. Commerce delegate to Brussels and Rome in meetings with European Ministers and legislators at the Transatlantic Economic Council forum July 2012. David presents regularly as an expert on financial innovation and impact investing at 150+ annual events. He speaks at the Thomson Reuters' Buyout Texas Private Equity conferences with KKR & Carlyle and regularly attends SEC hearings in Washington DC. He writes for a number of online publications including equities.com and pehub.com. David Drake also hosted the HBS Club NY, Trail Blazers and Best Buddies Carnegie Hall Charity events for many years.