Searching for the Crowdsourcing Stars 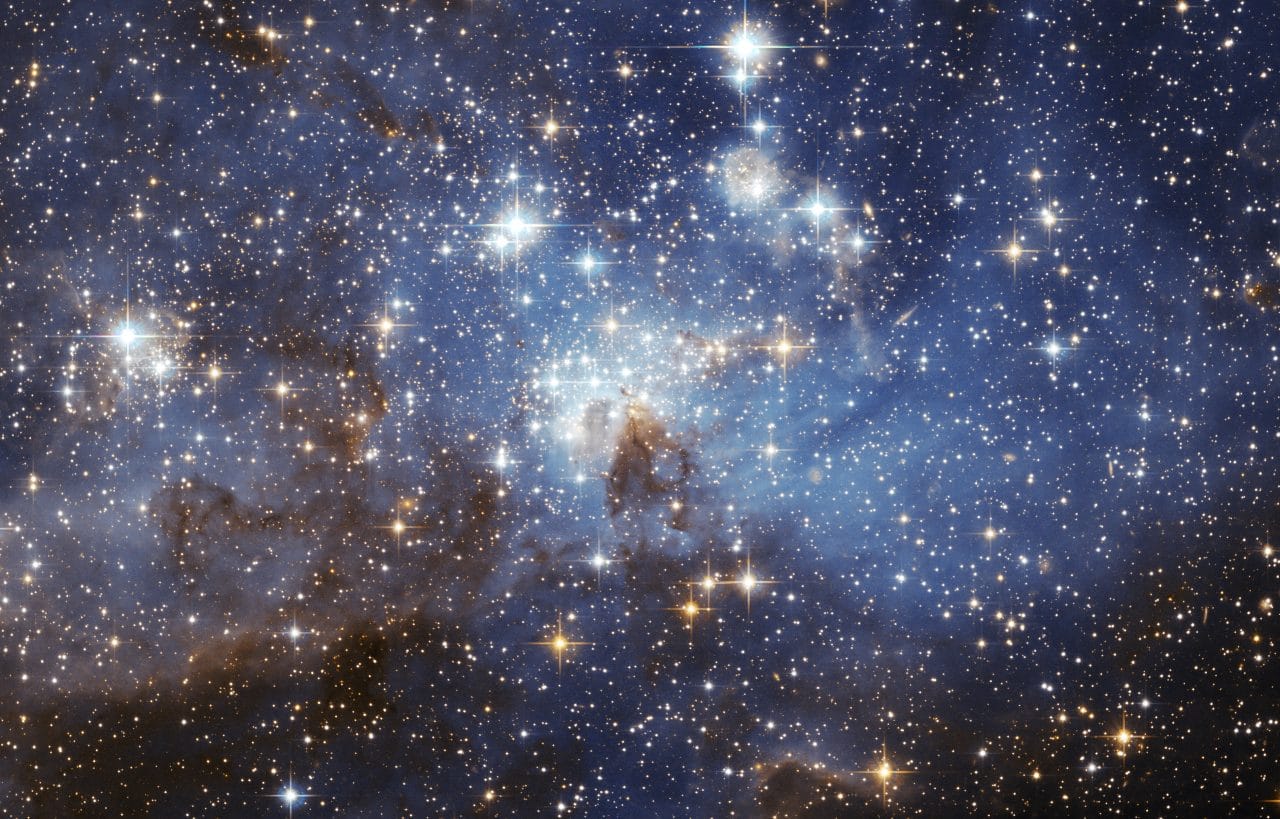 For many of us, it’s possible when we think of ‘Crowdsourcing’ what comes to mind is the Kickstarter of an exciting cause or product that we recently contributed financially to (often to support a friend whose involved in it) after seeing it promoted on social media. Crowdfunding, whilst the highest profile aspect, is however only part of a burgeoning ecosystem of crowdsourcing.

Crowdsourcing in its broadest form is about increasing collaboration to create shared value, and is by its nature innovative and disruptive. Due to my passion for creating a more sustainable society, I therefore leapt at the opportunity to attend the 2016 version of the Crowdsourcing Week Global Conference (#CSWGlobal16), which was held in London, to dive further in.

After being inspired by the event, I decided to sit down and write this blog.  I then scratched my head wondering how I was going to synthesise the concepts from this rapidly expanding universe into 800 words.  Even trying to narrow down what I learnt from this three-day conference with a whole galaxy of crowdsourcing ‘stars’ appearing was a pretty big task! 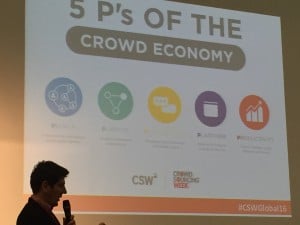 When scrolling back through my Twitter feed (I’d live tweeted from the event), I fortunately came across a photo I’d took of the CSW Founder & CEO Epi Ludvik and an opening slide from Day 2, which succinctly summarised the “5Ps of the Crowd Economy”.  I’ve chosen to riff off this, picking out five speakers and the concepts they shared to go with each P.

Peter Byrant of London School Economics perfectly summarised this first P when he posed the question “What happens when you empower a community to learn and engage in social change?”.  In his talk he gave a great example of how he helped crowdsource a constitution for Britain.  It was clear that this wasn’t easy, and it is a long way from being officially adopted, but the way this process produced an 8500-word constitutional document was inspirational.

Crowd Angels is an emotive name for an organisation, but Fanuel Dewever’s Belgian start-up delivers on this promise. It taps into the innate desire of all of us to help. When you start a project or enterprise, you’ll have a ‘wedding list’ of things you need.  Some of those you’ll need permanently, but many only temporarily (e.g. a space to hold your launch event). Rather than helping people directly raise money, Crowd Angels enables individuals and organisations to offer and lend their time, services, tools and spaces to causes they connect with, empowering people to connect with a purpose, even if they can’t donate money.

The audience at #CSWGlobal16 was invited by Roland Harwood of 100%Open to participate, and we co-created a fantastic result. Roland made the bold statement that “we are one conversation from pretty much anything”, and then he asked if anybody had a particular person they wanted to get in touch with.  “Bono!” was the request from attendee (and another great speaker), Chris Fauconnier.  There was a nervous pause whilst Roland scanned the audience, and then magically, at the back of the room a hand went up and a connection was created.

A ‘platform’ in my mind can be both tangible and theoretical.  Nathan Waterhouse of OIEngine, amply demonstrated this concept in his talk by first giving a great overview of the powerful concept of ‘Design Thinking’, emphasising that it all starts out with empathy. He also gave an example of how the OIEngine platform delivered practical results for a client. An airline wanted to cut down the amount of food wasted on flights, so they used the platform to engage flight attendants, which resulted in a tangible reduction, benefiting both their bottom line, and the environmental bottom line as less fossil fuel was burnt to carry round unnecessary meals, and less waste produced.

I’ve personally provided lots of stakeholder engagement since I’ve been in sustainability, delivering hundreds of interviews and workshops for the 60 or so clients I’ve worked with. The feedback I’ve had is this delivers great quality… AND it’s taken 10 years to engage those people. Joanne Celens can harvest the views of thousands of stakeholders in the space of an hour using her online Sythetron crowd innovation process which can draw out the best ideas in addition to measuring engagement.  This is definitely more resource efficient, faster and cheaper!

I hope you can see from this hyper speed journey through one corner of the crowdsourcing universe, that it is the leading edge of innovation and connection for creating a more open, productive and sustainable society.

Finally, if you want to know more about the “5Ps of the Crowd Economy”, then have a read of Epi’s blog on the topic.