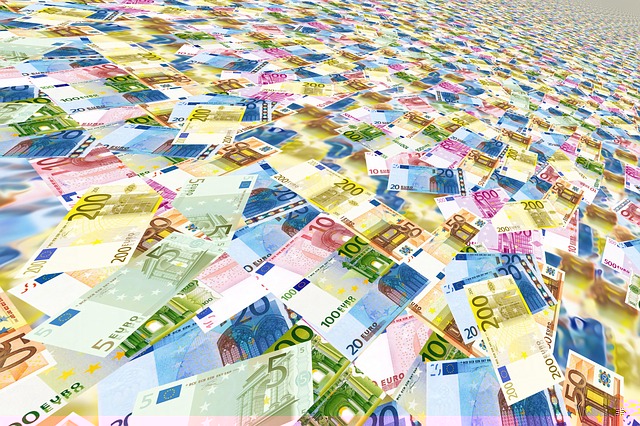 Last Friday’s news changed the equity crowdfunding arena in the US.  SEC’s long-anticipated approval on Title III will allow unaccredited investors to invest in startups and companies. But is this a real game changer for every startup? Industry experts are cautiously optimistic

As CNBC’s “On-Air Stocks” Editor, Bob Pisani wrote, “Mom and pop crowdfunding for startups is about to become a reality.” After more than three years of discussions and debates, the approval will democratise the investment industry, providing opportunities for entrepreneurs and the masses to maximize the crowd capital; as you know the incumbent laws only allow accredited investors (meaning the wealthy, financially literate) to participate, and this move can be a game-changer in the crowd economy.

The new SEC rules permit a company to raise a maximum amount of $1 million through crowdfunding offerings in a 12-month period and permit individual investors, over a twelve-month period, to invest in aggregate across all crowdfunding projects a $2,000 or up to 5 or 10% of their annual income or net worth, whichever is greater.

What’s mine and yours is ours to share (and multiply)

Regardless of your income or net worth, you can invest your money to startups and companies. Don’t let your money sleep in the bank. In the recent CSW Europe 2015, Jose Zurstrassen said, “9K BILLION euros are sleeping in the European banks! Imagine what could be created by activating that capital?” With SEC’s finalizing the rules, Bob Pisani described and simplified the pivotal decision in this way, “Think of it as Kickstarter for non-public companies. Crowdfunding for the masses!”

You’re the banker, innovator, and “prosumer”

The crowd will become bankers, innovators, and prosumers at the same time, hitting three birds in one stone, democratizing the resources and also overhauling the traditional supply chain that we know. It will revamp incumbent systems and industries not just in finance and investments, but on a macro-perspective, the future of how we spend, save, consume, buy, invest and take part in co-creation and cooperation to the companies that we want to become stakeholders. In a nutshell, the crowd is in it and on it.

Huge demand for financial and investment literacy educators and consultants

Quoting one of our CEO’s favorite quote, “By 2020 billions of people will be bankers.” In my opinion, with the fast and ever-changing digital landscape and exponential technologies available on hand, in addition to the unprecedented moves of regulators amending the conventional rules, this may be sooner that we expect. And this will open a new door of opportunities for veteran financial and investment consultants who have expertise in equity crowdfunding to help the masses understand the rules and build their portfolios in this new paradigm.

So now everyone can invest, but this will require us to understand and explore this unchartered territory, which is somewhat different from the traditional stock market/mutual funds 101 lessons.

Is This Enough – Much Work Remains Ahead

We spoke with Jillene Helman, CEO of RealtyMogul.com, an online marketplace for real estate investing, on the the implications of SEC’s ruling. Jilliene was cautiously optimistic, saying,

“I see the $1 million yearly cap as a roadblock for many startups. Running a high-growth startup is expensive work and this cap can prove risky to investors, who are looking for a return but the investment cap doesn’t do much for startups. But with the approval, SEC also removed some stringent reporting rules, a move I welcome as they would have been cost prohibitive for most startups.”

“Investors are going to look for traction in a startup so an equity crowdfunding round will not exactly qualify as seed round for most startups. This will be a challenge for many, not to say that there won’t be startups that fit this bill. For example, as my own company, Crowdsourcing Week is getting ready to embark on a equity crowdfunding raise on Crowdcube in UK, we are seeing that our global track record will become an important reason for our success, one that has come after more than two years of bootstrapping and hard work.”

Another point that Nekaj point out in the interview is the knowledge gap on both the founders and investors sides.

“Startup founders are still struggling with putting all the right ingredients together for example a good story, team, followers, and choosing the right platform that keeps your raise compliant and is proven to raise capital. They also have to make promises they can deliver on. On the investor side a knowledge gap exists to evaluate these new business models that inevitable choose crowdfunding and also many lack the finance knowledge that is required to participate in crowdfunding. So hybrid models where accredited angels and experienced investors share knowledge with newbies is fast gaining ground as this presents a win-win situation.”

Equity crowdfunding can be complex and difficult. The SEC approval will undoubtedly change the status quo for both startups and investors – and the future looks anything but boring.

Curious to learn more about Crowdsourcing Week’s upcoming equity raise on Crowdcube? Send an email to [email protected] with a query for more info!