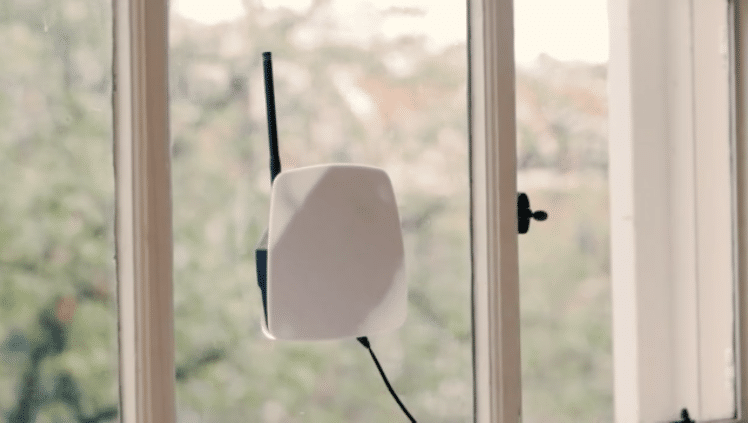 Today, at CSW Europe 2015, The Things Network, launches the crowdfunding of their new product through Kickstarter. This product will allow their community to build an open and free network for the Internet of Things at 20% of the costs of currently available hardware.

A few months ago, with only a handful of devices, The Things Network managed to cover the whole city of Amsterdamwith a new type of wireless network using a technology called LoRaWAN (Long Range Wide-area network).

When they told everyone, the response from around the world was astonishing. Within a few days, they had groups and companies from cities like Manchester, Sao Paulo, London, Boston, Buenos Aires, and many more showing not just interest in the project, but actively starting LoRaWAN projects.

The Long Range Wide-Area Network (LoRaWAN) allows IoT to connect for free and is battery efficient that could last up to three years; the LoRaWANs projects gained popularity from the Internet of Things community and companies from San Paulo, London, Paris, Sydney, India and among others.

To accelerate their projects and support their global teams, the company turns to reward-based crowdfunding that will allow them to “design a device that can help build networks for 20% of the cost, compared to other products available on the market.” The prototypes come in three rewards: The Thing Gateway (200 euros), The Things Uno (40 euros), and The Things Node (60 euros)—each comes with functionalities suitable for individuals, businesses, and developers.

“The mission of our foundation is to support communities around the world to build open and free Internet of Things data networks,” Initiator Weinke Giezman said. “Now we can reduce the cost of building such a network by 80%.”

Upon supporting this project, you become part of a global movement that will make an impact to your community, creating a smarter and well-connected city. You can install the hardware in your home and offices.

Here’s a rundown of the product specifications via The Things Network Newsroom:

The abundance of data and connections can now be maximised, thanks to these open and crowdsourced networks that continously democratise IoT to create better and smarter cities. While these networks are not considered as replacements of mobile data or broadband connections for now, they rather serve as tools for the community to make Internet and IoT free, open and available for everyone.

This is the beginning of a new IoT era: crowd-powered tools, for the people and by the people. CSW Europe 2015 is honored to host and support The Things Network on this mission.