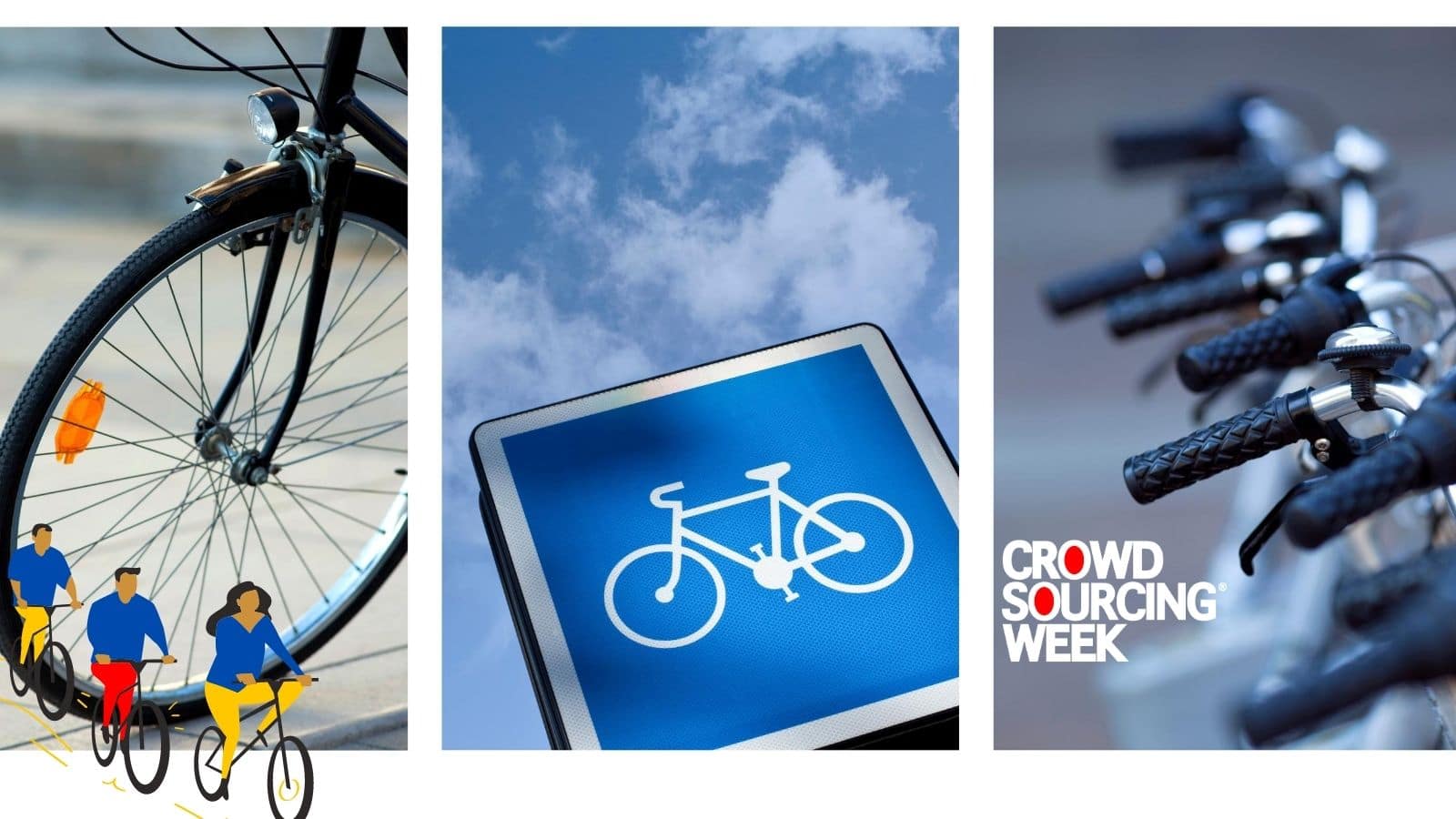 Governments the world over are encouraging more people to use bicycles, and various forms of crowdsourcing are used to support their efforts. This article looks at co-creation to map popular cycle routes in a city; automated sensors and data collection to monitor traffic levels in smart cities and control the flow; and the use of civic crowdfunding to steer local authority decision-making and influence local residents and other stakeholders.

At a macro level the benefits appear to be evident. Reduced traffic levels reduce congestion and air pollution. The built environment needs less space used for parking. A fitter and healthier population puts less pressure on the health services.

At a personal level, cyclists feel empowered by measures they are taking to protect the environment and improve their physical fitness. And right now, cycling is being promoted to reduce the number of people using public transport to help maintain social distancing.

The take-up has been phenomenal. Bicycle dealers in Kolkata, India, say there has been a three-fold increase in sales. The UK’s Bicycle Association reported that in the first full month of lockdown, April 2020, sales of bikes priced at between £400 and £1000 more than doubled compared to April 2019 (rising by 112% in number, 99% in value). A UK Government scheme offering online vouchers for use as payment towards repairing old bicycles to a state of roadworthiness crashed under the weight of overwhelming demand.

Road safety remains the paramount issue, more so among female cyclists. A crowdsourcing project in the Indian city of Bengaluru, run by the Directorate of Urban Land Transport (DULT), has asked the city’s cyclists for details of their favoured routes through the city, and where they would like dedicated cycle lanes installed. DULT’s aim is to team up with the city civic body and create an initial 34 km network of routes in the outer parts of the city before working into the centre, eventually making the whole city more cycling friendly.

It follows a similar exercise carried out in Kuala Lumpur, Malaysia. Car ownership stands at 93% of households, the third highest level of any city in the world, and much of the city centre is a cycle no-go zone. The bold efforts of Jeffrey Lim, a keen cyclist and vintage cycle restorer, saw city authorities earmark a $765,000 budget to create their first cycle lanes. 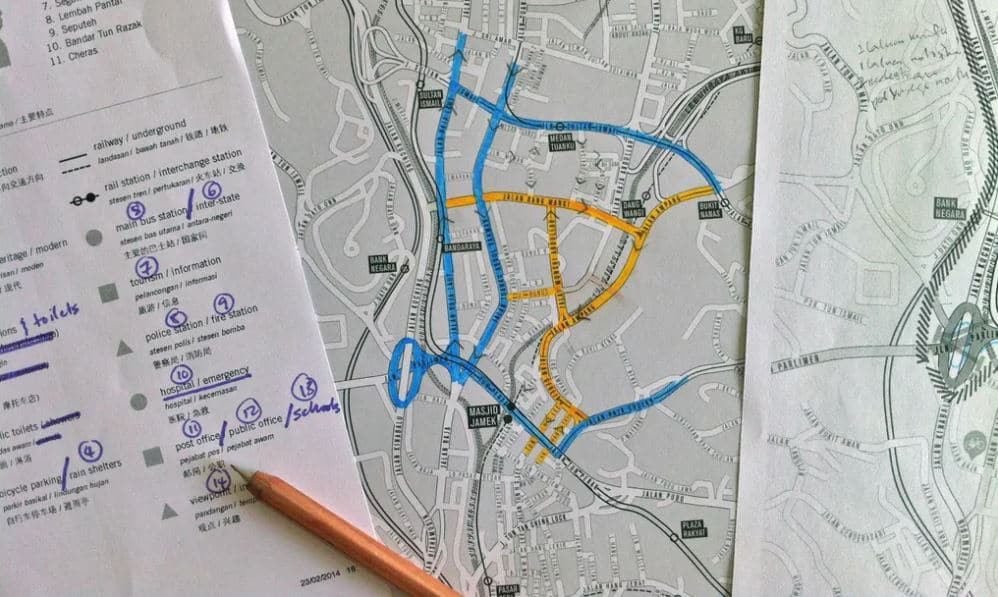 Many major cities have bike-sharing schemes. In 2015, Barcelona launched its “Bicycle Strategy for Barcelona” government measure, which encouraged increased bicycle use as a habitual mode of urban transport. Its ‘Bicing’ bike share scheme was suspended when emergency measures were first introduced to tackle Covid-19 in April 2020, though from the start of June the network was re-opened with 97 new hire stations planned, and more than 1,000 additional new cycles available.

Beyond bike-sharing, Copenhagen, capital city of Denmark, has installed intelligent traffic signals that prioritize bikes and buses over cars. This system can potentially reduce bus travel time by 5–20% and cycle travel time by 10%. Copenhagen has also built a citywide network of protected bike lanes, as laid out in its strategic plans published in 2011. Local authorities across the country collect as much data as possible, both quantitative and qualitative, to inform their decisions on anything related to cycling. 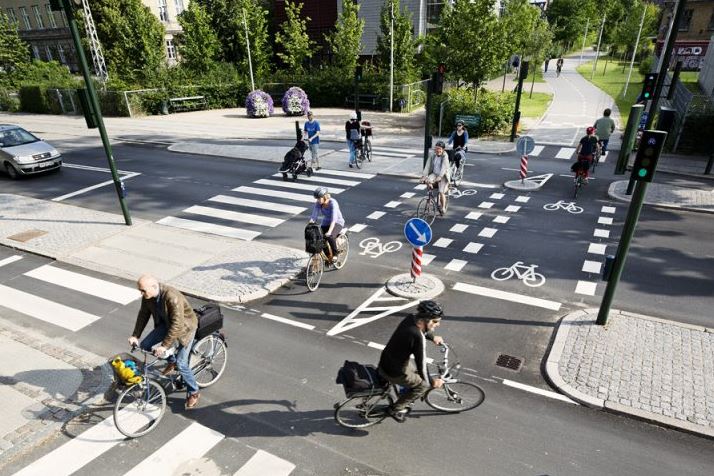 Transport for London similarly uses video sensors with artificial intelligence capability at 20 locations across London to detect the volume of different modes of transport, especially cyclists and pedestrians. This data will be used to assess demand for new cycling routes in the city.

Crowdfunding has been a successful way for several cycling related startups to sell products and launch a business through selling equity. I’ve seen projects for cycle wear that lights up at night time, bicycles made of bamboo, even a cycle repair business based on a barge travelling up and down English canals. Though there does remain an element of hostility from a minority of motorists – and pedestrians, understandably, when confronted by a cyclist using the sidewalk.

Hostility, or at least deserved wariness, runs both ways. I‘m a regular cyclist, and I’ve had two shoulder operations due to accidents caused by cars. I also know what it’s like to be abused by drivers for things like not being able to go as fast as they’d like me to, or for being annoyed when they turn without indicating. Knowing my experiences, my wife refuses to cycle on busy roads. So I do have a personal interest in dedicated cycle routes.

Critics of such routes complain they restrict road widths for vehicles, actually increasing congestion and journey times, and pushing higher traffic levels on to roads that were previously less busy.

Civic crowdfunding can not only raise some of the cost of cycle routes to influence local authority decision-makers (more usually design and feasibility studies than actual construction costs), but can also operate as a marketing initiative to influence residents and other stakeholders in a community.

This strategy worked well in Denver, when Colorado’s biggest city built its Arapahoe Street protected bike lane. Community organizations engaged residents and business owners early in the design process, and this made a huge difference. The Downtown Denver Partnership, a local business group, initiated the project based on what it had heard from business leaders. To build on this public support, it launched a crowdfunding campaign to cover $35,000 of the design costs. 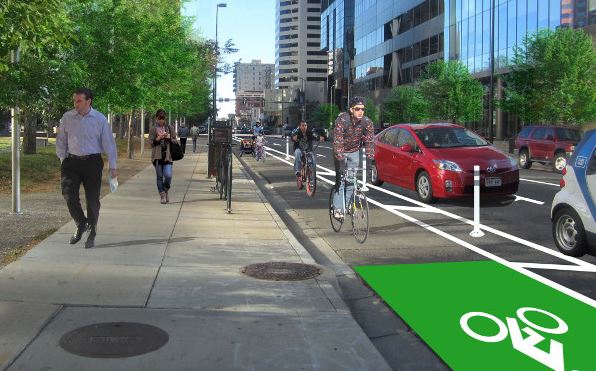 A civic crowdfunding project for a dedicated cycle route in Arapahoe Street, Denver, Colorado, earned the early support of the local office of the Gates Family Foundation. Good crowdfunding is good marketing.

“Letting communities vote with their dollars isn’t just about budgets. It is much more about letting local residents and businesses know early on about the project and allowing them to participate in a meaningful way,” said Kate Gasparro, Graduate Research Fellow of Sustainable Design and Construction, Stanford University.

Three ways crowdsourcing is boosting cycling
Whether it’s research among cyclists drawing their favoured routes on paper maps, sophisticated traffic management technology in smart cities, or civic crowdfunding to let all elements of a community input ideas as well as raise money, the effects are boosting the takeup of cycling the world over.

Crowdsourcing Week’s Virtual Crowd Summit on Crowdfunding takes place August 27, 2020. It is an all-day event timed to run from 10 am to 5 pm Central European Time. Further details and ticket registration are available. 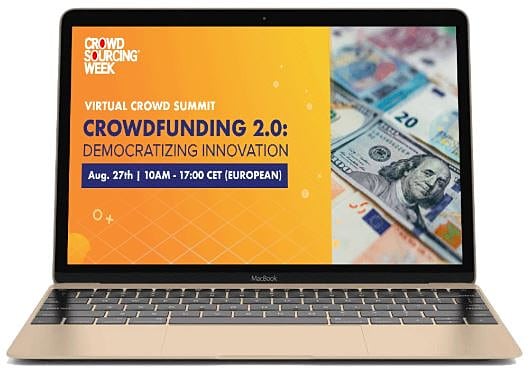