To combat spread of the coronavirus, this week the Italian Government announced a lockdown of an area in northern Italy that is home to 16 million residents. That has very quickly been extended and the entire population of Italy is being asked to stay indoors. Only those with valid work or family reasons to travel will be permitted to move around. 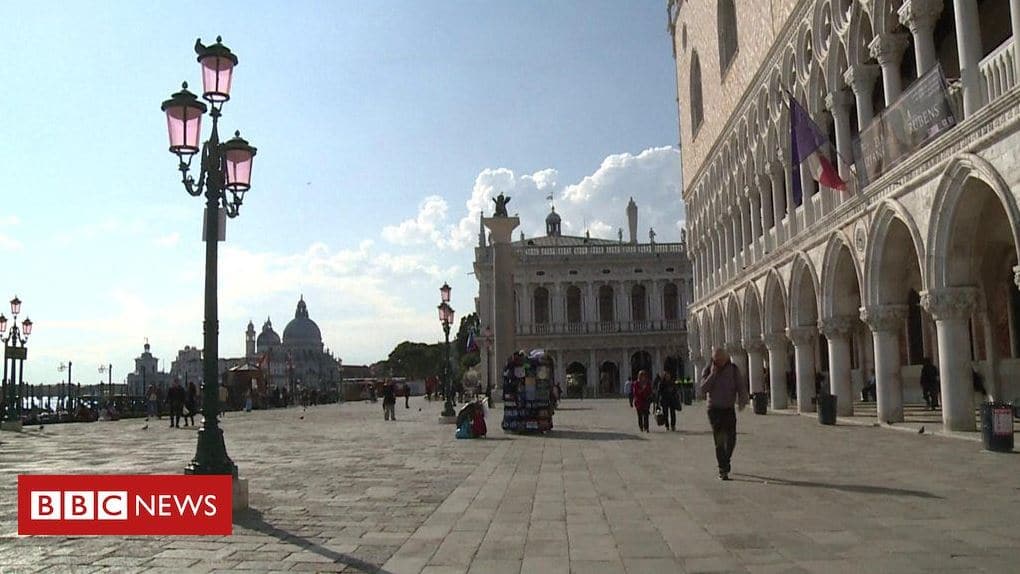 Understanding the background to the outbreak

One stream of research is to try and verify how it started in China to begin with, and thus help predict how to restrict its spread elsewhere.

The highly respected UK medical magazine The Lancet ran an article late in February about analysis based on tracking coronavirus-related news and comments in public media and on social media feeds. The study collected data for 507 patients with COVID-19 reported between Jan 13 and Jan 31, 2020, including 364 from mainland China and 143 from outside of China. The timing of news reports and social media helped reconstruct the rapid progression of each outbreak and provided detailed patient-level data.

The time between people first talking about symptoms to going to be tested set benchmarks of how long the virus took to really take hold in people. And their demographic data enabled identification of the types of people at most risk. What it also identified was the increasing speed at which authorities in China acknowledged the high risk and reacted as it spread to new regions.

The study had several limitations, though in the absence of much else to go on it generated an early report of a rapidly evolving situation in which the parameters could change quickly. The Lancet added: “To our knowledge, this is the first study that uses crowdsourced data from social media sources to monitor the COVID-19 outbreak.”

Can crowdsourcing help find a vaccine? 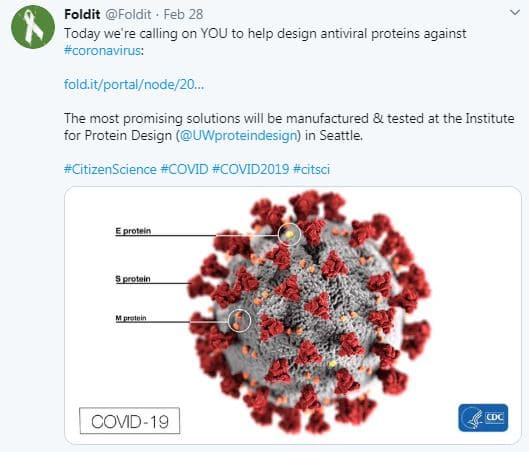 The coronavirus, like all viruses, is not a living organism and cannot reproduce on its own to survive. It thus depends on a host cell’s metabolism for energy, enzymes, and viral precursors. Coronaviruses show a “spike” protein on their surface (main image), which tightly binds to a receptor protein on the surface of a human cell. This is what causes the viral infection.

Last month, scientists successfully mapped this spike protein. In a game designed for the Foldit platform by the University of Washington’s Center for Game Science and Department of Biochemistry, the user base of 200,000 citizen scientists are being asked to design an alternative protein that binds to the coronavirus spike protein. This would block the interaction with human cells and prevent further infection.

To take part requires some basic knowledge of both proteins and how the coronavirus invades human cells. Luckily, all of this is explained in extensive detail on the game website. The “most promising” solutions will be manufactured and tested at the Institute for Protein Design in Seattle, Washington.

Meanwhile, in an effort that surpasses the achievements of many national governments, Avi Schiffmann, a high school student near Seattle  in Washington State, USA, has created a website that aggregates data on cases per country. It also shows figures for individual provinces in China and states in the U.S. The information is sourced from the World Health Organisation, CDC (Centers for Disease Control and Prevention), and the BNO News organisation which is fully available to the public.

Quick facts are updated every 10 minutes, and in total the site has attracted more than 2 million unique visitors with as many as 300,000 returning each day. An interactive Google map crowdsourced by a group of volunteers is also embedded on the site and there’s a Twitter feed of the latest alerts and breaking news. 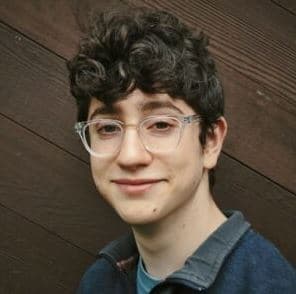 Schiffmann said he’s been coding since he was about seven years old and he called the creation of the site an amazing learning experience. He said he’s had hundreds of messages from people all around the world, and a crowdfunding page has attracted over 200 contributors. Translations are coming soon so the site will have entire versions in Italian, Russian, and other languages.

Well done, Avi. Your concern and skills definitely make you one to watch!